Every few months, we have a stressful weekend. Our weekends are always busy, with football on a Sunday, football or rugby on a Saturday, plus the kids going various places and bits of housework and shopping to do, not to mention my husband working as usual. But every now and then we get a much busier weekend. Ironically of course, these weekends are supposed to be fun. They’re things that we want to do and will enjoy doing, but they take a lot of work to get them off the ground.

And I get stressed, thinking we’ll never manage it.

I woke at 4.10 on a Thursday morning, worrying about our stressful weekend ahead.

Would I get the house clean in time for my sister coming round?

Would I get everything prepared in time for the triathlon?

Was my daughter’s bike in good working order?

Did we have time to shop for food for the party?

What food were we going to buy for the party?

Would I remember to take my eldest for his eye test?

Would all of the families get to our house early enough on Sunday morning?

Would I find someone to give my son a lift for D of E?

Would I find my way to the swimming pool without getting lost?

Would we manage to get the food sorted quickly enough when we got home with a lot of hungry kids?

Those thoughts whirled round and round in my head. There was no way I was getting back to sleep. There was just far too much to think about.

I cleaned the bathrooms before my kids came home from school. My younger son did the hoovering while I was cooking. My husband checked my daughter’s bike and it was fine. During the triathlon, which was tough, but they managed it, we got a message to say that my son’s D of E walk was cancelled due to temperatures of minus six forecast. This was the one that had been rearranged from a couple of weeks previously, due to snow. My husband messaged the football coach to say my son would be able to play after all. My husband shopped for party food while I was taking my eldest for his eye test.

So that was it, the stressful weekend was all sorted. Just the party to go.

I tried to book online the night before as we were taking so many kids and travelling so far to get there, but I didn’t manage it. My daughter messaged her friends to make sure they would have pound coins for the lockers.

And then I woke up at 4 on the morning of the party and the house was glowing in that way it only does when there’s snow.

Yep, that was snow, but it would be fine, right?

I checked again at 6. It was the thickest snow of our prolonged winter and it was still falling fast. There was no way people could safely drive to us and there was no way I was going to risk driving my own or anyone else’s kids in that weather.

So my daughter’s party was off. The stressful weekend came to an abrupt end with a load of food that needed eating and was far too much for a family of five to eat. And the football match that my son had briefly thought he could play was off too.

It was total deja vu from a couple of weeks ago, just with the added disappointment of a cancelled birthday party.

But I do need to remember that, even though the party didn’t go to plan, things just happened. I didn’t need to worry about them or wake up at 4.10 in the morning. I’m not sure when I’m ever going to learn that. 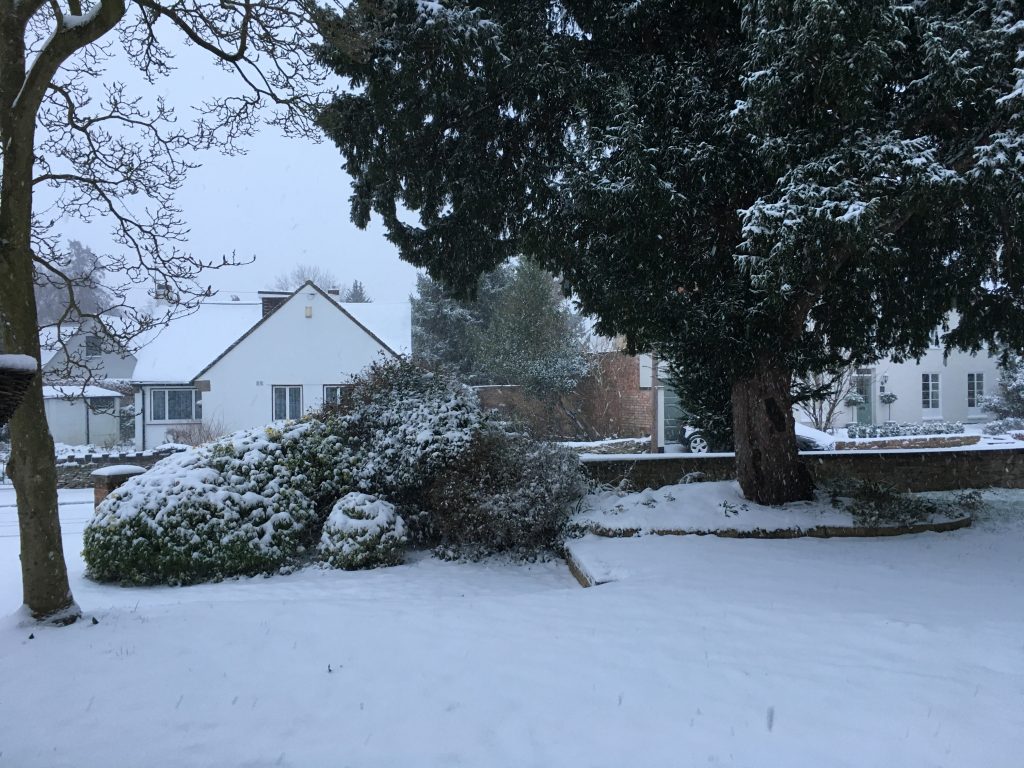