I haven’t seen my son play football for his club once since Christmas. Not because I haven’t been going to his matches, but because they’ve been endlessly cancelled. Yes, there’s been one or two weeks when he wasn’t scheduled to play and there was one week when he played and I didn’t go along, but that is literally the only game he’s played in 2018. Apart from that, it’s been endless cancellations due to waterlogged pitches.

He was due to play at the weekend, but I kind of didn’t know. Well, I did know because Sundays always mean football, but I had to arrange a D of E walk with six other parents. It’s hard enough juggling the needs of my own three kids, so it’s really not easy finding a day when seven Year 9 boys can do a D of E walk together. Something had to give. And that something was my son’s football.

So I was not popular with my husband for putting something ahead of football.

I’d like to see him try to juggle the needs of seven Year 9 boys and not miss football. If he wants to do the school and hobby administration, he’s welcome to give it a go. I know he wouldn’t last five minutes without getting frustrated.

So, although there was nothing that could be done about it, that was something to wake me up early worrying.

And as I was worrying, I realised just how much stuff my younger son does. For some reason, I always thought it was my daughter that was the busy one with all her dance classes.

But my younger son volunteers at Beavers one night, he does athletics and Explorers on another night (with a 15 minute turnaround time in between) and he plays rugby on another night. That’s before we even start thinking about his frequently-cancelled club football and all his school practises and matches.

After half-term and with him away for over a week on the German exchange, I’d forgotten how full-on all this stuff was. And when I remembered, I got a bit stressed about it all. And woke up early.

But then the Beast from the East and endless snow happened:

The D of E walk got cancelled.

We went to athletics, but it was cancelled.

The rugby got cancelled.

His school finished at lunchtime on Thursday and was closed on Friday.

The other school was closed on Friday.

Ballet got cancelled for the first time in the six years my daughter has been doing it.

OK, so no doubt the rearranged D of E walk will probably clash with a future football match, but the Beast from the East meant I was assured a few nights without juggling and worrying.

Normal service will be resumed this week. 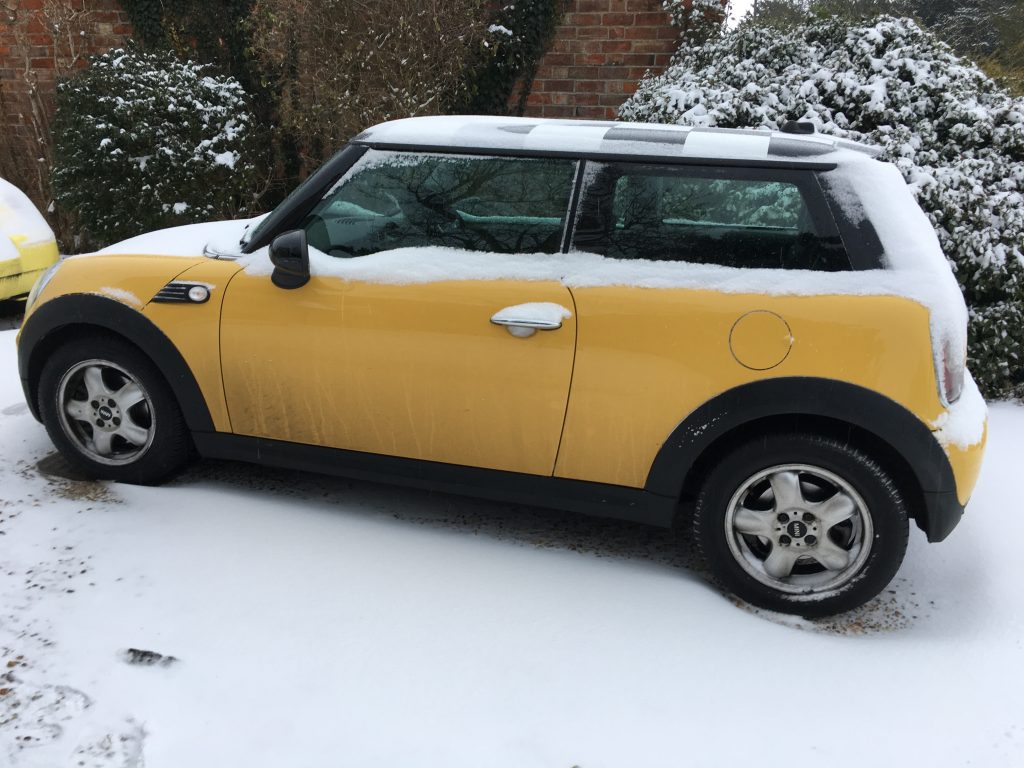