Sport Relief is a charity we’ve supported as a family for many years. We did the Sport Relief Mile from 2008 to 2016 – increasing our distances to three miles and even six miles in my eldest’s case. But this year, there was no Sport Relief Mile. People needed to come up with their own fundraising activities.

And I’m very proud to say that my daughter did just that.

Along with a friend from school, they decided to do a 5k run, a 1k swim and a bike ride. Initially I think they were talking about a 20k bike ride, but that got reduced to a more realistic 10k. And you know what a 5k run is? That’s a parkrun!

So her friend and her bike arrived early one Saturday morning for them to do their mini triathlon. There was to be no running in swimwear while soaking wet. This was their own version of a triathlon, to their own rules, which most definitely involved wearing enough clothes for the weather.

The plan was parkrun, then swim, then cycle.

But it was snowing on the morning. Nobody wants to cycle with wet hair when it’s snowing, especially when their hair is so long it reaches their bum.

My daughter’s friend is fit, but she’s never done a 5k run. My daughter has a love-hate relationship with parkrun (mainly hate, to be honest). She’s not a distance runner, but she gives it a go every few weeks. 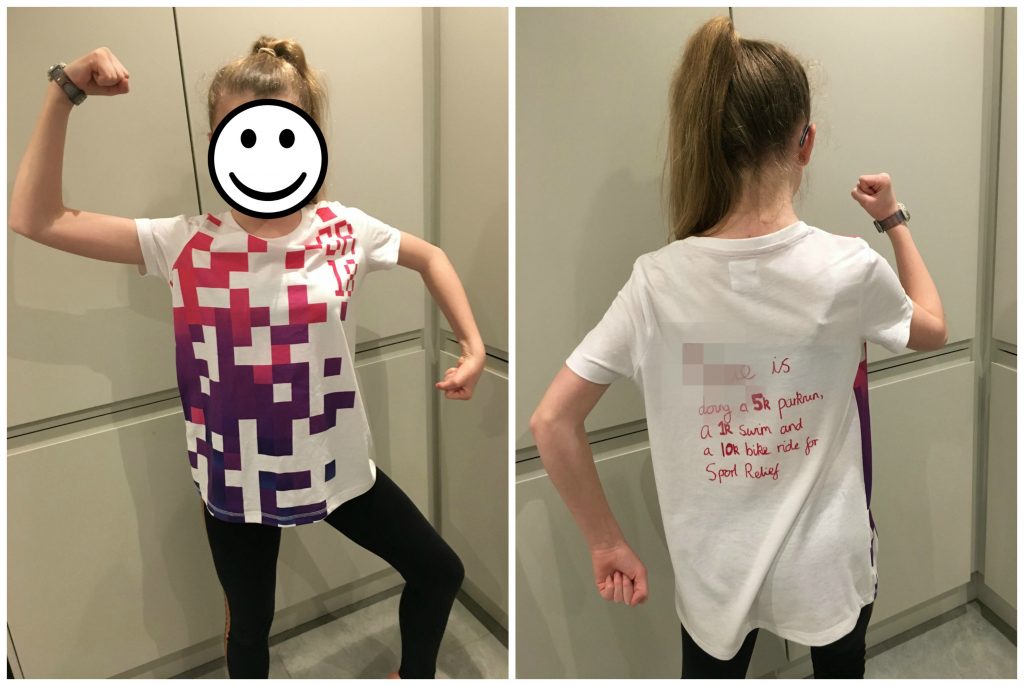 They had Sport Relief T-shirts with details of what they were doing written on the back, although it was so cold that my daughter’s friend kept her hoodie over the top of hers. They had an announcement at the start of parkrun and everyone gave them a cheer. They’d taken along their official Sport Relief cardboard collection box to collect donations – and it broke and all the money fell in the mud before they’d even started running. Luckily one of the volunteers looked after it.

Not wishing to cramp their style, I ran at my usual pace and kept my eye out for them. I lapped them on my final lap – they were sat on a bench and my daughter’s friend was doing up her shoelaces.

They completed their run in 36 minutes. It’s fair to say that my daughter’s friend didn’t enjoy it. But it wouldn’t be a challenge if you didn’t suffer a bit, right?

For me, the most challenging bit of the whole thing was trying to get three bikes out of the back of the car. That took FOREVER.

For safety, we’d decided to stick to a nearby cycle path for the bike ride and my husband had come up with a short there-back there-back route which amounted to 10k. Actually, it was a bit short of 10k, so we added in an extra bit in the middle.

And the whole thing was BRUTAL. Snow was falling and the wind was evil. The girls’ hands were so numb they couldn’t feel them, even though they were wearing gloves. I wanted to make sure they were eating and drinking, but they couldn’t even manage it with their cold hands.

The 10k bike ride actually took 50 minutes, which is very slow. And we felt every single one of those minutes. Having got soaking wet feet on parkrun, one of my feet was numb with cold. And I was riding a Brompton commuter bike with only two gears and a slightly flat tyre.

Luckily, my husband had come to meet us, so he could help load the bikes up into the car. The girls sat with the heat blaring while that happened and gradually got the feeling back into their hands.

Then it was onto the final challenge – the one which would probably burn more calories than the other challenges and would certainly be the one I would find hardest (I chose to spectate for this one). But, ironically they would be a lot warmer in the swimming pool.

1k is 40 lengths of the pool. My daughter loves swimming and is pretty good at it, but she is far from a regular swimmer. Her friend swims once or twice a week. They both set off in a perfect front crawl, but after a length my daughter settled into breaststroke, while her friend kept going with the front crawl. I was amazed at how quickly the lengths seemed to pass. She was at 20 before I knew it. And then at 30. And her friend had nearly finished.

All along, my daughter had predicted that her friend would do 40 lengths in the time it took my daughter to do 32. And that’s exactly what happened. I’m sorry that I didn’t time how long they were in the swimming pool, but it was definitely their quickest activity.

Their mini triathlon for Sport Relief took exactly three hours from start to finish, including wrestling bikes in and out of the car and struggling with the lockers at the swimming pool.

I nearly burst with pride when they’d finished it. It was their own idea and they’d just got on and done it. It was  far from easy, it wouldn’t have been easy at the best of times, but it was made so much harder by the weather. 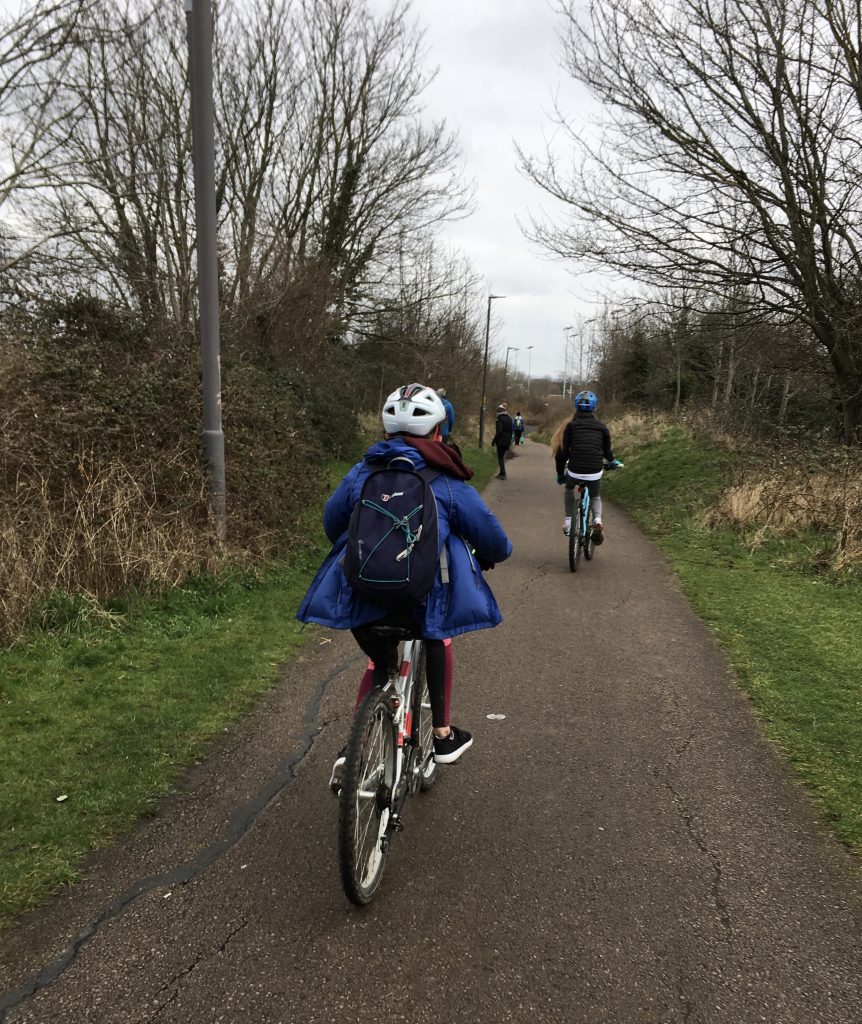