But it was actually Arrowood that I enjoyed more.

When her father dies, Arden Arrowood inherits Arrowood, the large family home where she had spent her early years. The family had left their home in a hurry when Arden was a child, after the mysterious disappearance of her twin sisters, at not quite two years of age.

There was only one witness to the disappearance – Arden herself, who was just eight years old. As her family had fallen apart in the wake of the disappearance, Arden had remained determined to find them. Would her return to Arrowood help her remember what really happened, or would one of the neighbours recall a long-forgotten detail that would help solve the mystery? And does the writer of a mystery investigation website really have new evidence, as he claims?

Although set in the present day (or thereabouts), Arrowood feels old-fashioned, but in a good way. At times it almost verges on a horror or gothic novel, which I wouldn’t normally like, but it is well-written and the story keeps you gripped. The book looks quite thin, but the writing is tiny, so it took me quite a long time to read it.

Stories about disappearing children aren’t for everyone, but if you enjoy a mystery and aren’t put off by the subject matter, I would definitely recommend Laura McHugh’s novel. 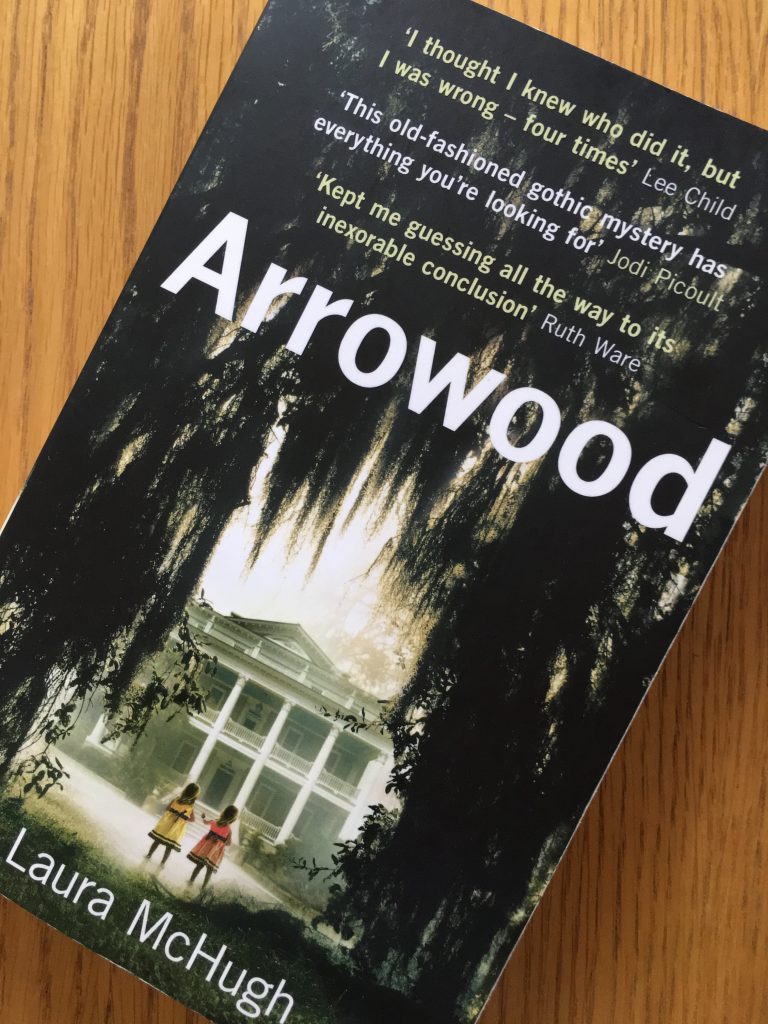