Last year, I told everyone that my daughter wouldn’t be doing panto this year. Because she was going to a new school. She needed to settle in and get used to the work and be sure she’d made good friends who wouldn’t ditch her for taking a few days off school in the run-up to Christmas. But I think I’d pretty much changed my mind by March. My daughter was going to do panto again!

It’s two years since she made me very proud by getting into the panto for the first time. When we went along to the auditions last year, I thought she had a very good chance of getting in. Then I thought I had it sussed. There was hardly anyone there and they were nearly all people who’d done it before. I concluded the audition was basically a box ticking exercise. You’ve done it before? You’re in!

So, as you can imagine, I was feeling pretty chilled about this year’s auditions. I didn’t think for one moment that she wouldn’t get in.

But what were all these people doing?

There wasn’t just over 20 kids like last year. There were FIFTY kids. The place was swarming with kids and parents. In the past the bulk of the kids had been aged between 12 and 14, but this year there looked to be a lot aged about 9 or 10. Some of them looked like they had no chance (you can tell from the clothes and the hair), but some looked very professional indeed.

My daughter had a few aims for this year’s panto – to be with her two friends and maybe to have a shot at the slightly bigger part. The slightly bigger parts often going to the medium sized kids – generally they want kids who look like kids, not 15 year olds who are as big as the adults, but not tiny ones who can’t learn the routines fast enough or act well enough. My daughter is now a medium sized kid.

But we looked at those crowds and it all changed. Suddenly we weren’t so bothered if she was with her friends or if she got the slightly bigger part. She just wanted to get into the panto!

I sat with her two friends’ parents and we all felt thoroughly stressed together.

Surely they would get in? But what if they didn’t?

I know that, rationally, I shouldn’t have worried. They had a lot of kids there who’d done it before. They knew they could dance and they knew they were reliable. Why would they turn them down in favour of kids who haven’t done it before and might not turn up for rehearsals? And my daughter was very good. I know I’m her mum, but she really stood out on stage. She shone.

But as we sat in that room swarming with people, I was scared. This wasn’t the box ticking exercise it was supposed to be. One friend’s younger sister was there too, auditioning for the first time, so that was another child to worry about.

With so many kids to audition, it all went a lot slower than last year. Which made all of us parents a lot more nervous.

I reckoned that about half of them had left. Maybe there was only a few more to be released, or maybe they’d already got their final teams. My daughter, her friends and the little sister were still inside.

After another wait, another little group appeared, including the little sister. She was a reserve. She’d done so well to get that far against so much competition.

And, eventually, the rest of the girls came out.

It included one of my daughter’s friends, but not my daughter or her other friend. They were in group two. The friend in group one was very upset to have been separated from them. Last year they’d taken a very laid-back approach to the size of the kids on stage, but as they have to share a costume with a kid in the other team, they need to be more careful. My daughter’s two friends are exactly the same height, so they’d been placed in different teams.

We were all very pleased that they were back in panto, but sad that they’d been separated.

And the slightly bigger part? They wanted it to go to a bigger child. They auditioned every kid bigger than my daughter. She missed out on the chance to try for it by 1cm! But she will have a great time in the chorus and we can’t wait to see her on stage again. 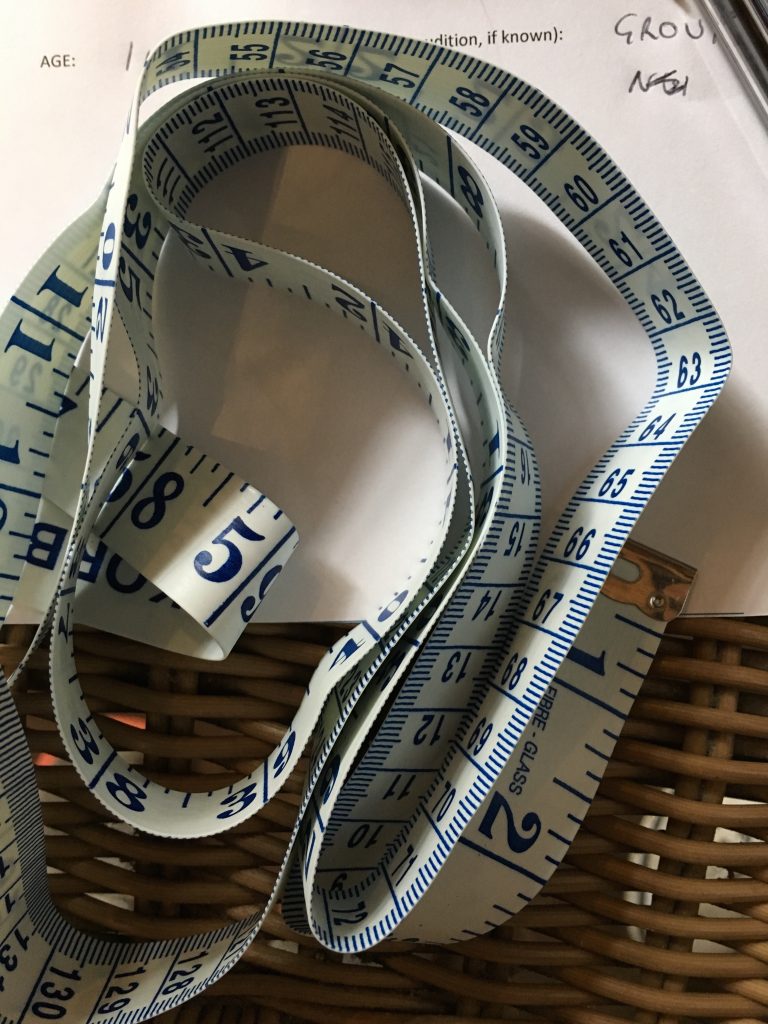