The Glass Castle by Jeannette Walls

I like to read autobiographies from time-to-time. I usually read two or three a year, about celebrities that I’m interested in. To me, The Glass Castle is a very different type of autobiography, because I have no idea who Jeannette Walls is (she’s actually a former US gossip columnist). But hers is probably the most interesting autobiography I’ve ever read. Because it reads like the very best fiction.

Jeannette Walls’s first memory is of setting herself on fire at the age of 3 because she was cooking herself some hotdogs. This was the norm in her family, as her mother didn’t believe in spending time making a meal only for it to disappear. If the kids wanted to eat, they made it themselves. But only when there was food in the cupboards, which there often wasn’t.

The Glass Castle is the story of a childhood lived in extreme poverty, frequently moving to escape unpaid debts. Jeannette and her brother and sisters grew up in a house with no plumbing or electricity, which they tried to repair themselves using cardboard and rubbish. They rarely washed, often went hungry, were never warm and didn’t always go to school. Yet their parents could never see anything wrong. They lived in their own worlds – their mother an artist and their father an alcoholic and a dreamer, full of big ideas. He was always one job or one win away from fulfilling his dream of building the ultimate home – the Glass Castle.

The early parts of the book, when the Walls family lived in the desert, reminded me a bit of The Goldfinch – due to both the setting and the feeling of children being abandoned and left to their own devices. There are also shades of Caitlin Moran’s childhood – of growing up in poverty and not going to school. But The Glass Castle is on a whole different level.

It is a moving and beautiful read, which doesn’t make any judgements at all about her parents and their lack of care. You may never have heard of Jeannette Walls, but you will love her life story. 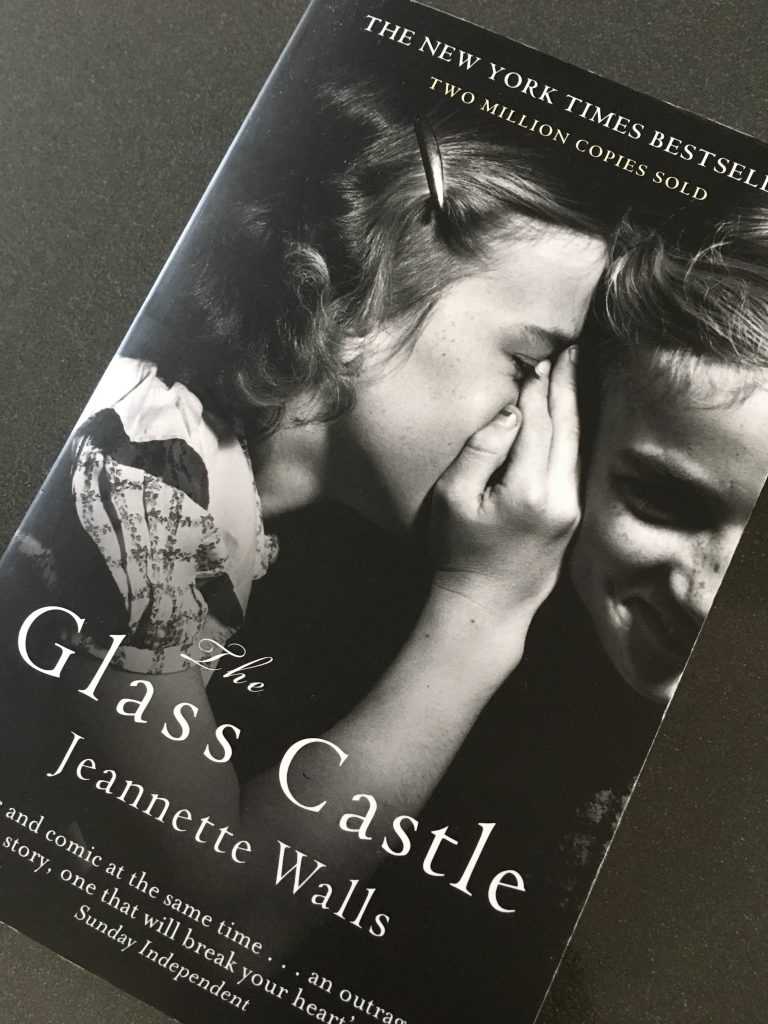