My eldest was always a fussy eater. All he wanted to eat was pizza, pasta, cereals and toast. All the carbs. All the beige food.

But from the age of 10, he gradually started becoming a little bit more adventurous. He’s vegetarian and Quorn mince became our saviour – protein, which also made a decent bolognese or curry. He started eating spicier food and would manage a few vegetables (although plenty still get left at the side of his plate). I know now that if we eat out or if he goes away somewhere, I don’t need to worry about him. He will find something he can eat.

My daughter has always been fussy too. She’s a meat-eater, which gave us a little bit more scope, but she was only ever really interested in ‘pudding’ (specifically chocolate and cakes, nothing fancy). I had high hopes that she would follow in her brother’s footsteps and start to get a little bit less fussy when she turned 10. But guess what?

I know girls have a tendency to become faddy eaters in their teens – balancing so-called ‘healthy’ foods with too many sweets or too much chocolate – and I was keen to get her on the straight and narrow for a few years before that kicked in.

We do try to push her and we make her curries and stir-fries, even though she would rather eat sausage and chips every day. And she basically picks the chicken out and leaves behind the vegetables, the sauce and the rice. The only vegetables she will eat are peas and sweetcorn, but an hour after we start eating, she is often still pushing them round her plate.

Just as she did when she was about 5, she still eats mainly to earn pudding. She still keeps showing us her plate and asking ‘is this enough?’.

I worry that her diet isn’t balanced enough and it is affecting her health. She gets ill quite a bit – not usually properly ill and needing time off school, but headaches, stomach aches or feeling dizzy, which necessitate a few hours or even a couple of days of sitting on the settee and resting.

I worry about how she will cope on Scout camp and her school residential coming up soon. Will she eat enough? (The old saying ‘she’ll eat if she’s hungry’ really doesn’t work for her, if she doesn’t like what’s on offer.)

Her appetite is small, but of course she needs to eat in order to survive and thrive. So after a couple of days of ‘testing’ her with food which is a bit spicier or has a bit more sauce on than she would like, we have to resort to something like sausage and chips, just to get a few more calories inside her.

Recently, my husband came home all smug because he’d found some ‘healthy’ sausages. They looked like normal ones, but they contained lots of vegetables and some sort of carbohydrate, making them lower in fat, while still tasting just like real sausages. They would give her a little bit of balance in her diet.

The packaging was quickly thrown away, so as not to draw attention to the sausages.

There were some normal sausages too.

My daughter took one look at the selection of sausages and said she only wanted the thin ones. The normal ones. How did she know?!

There’s no doubt about it, she hasn’t followed in her brother’s footsteps. My daughter is well and truly still fussy. 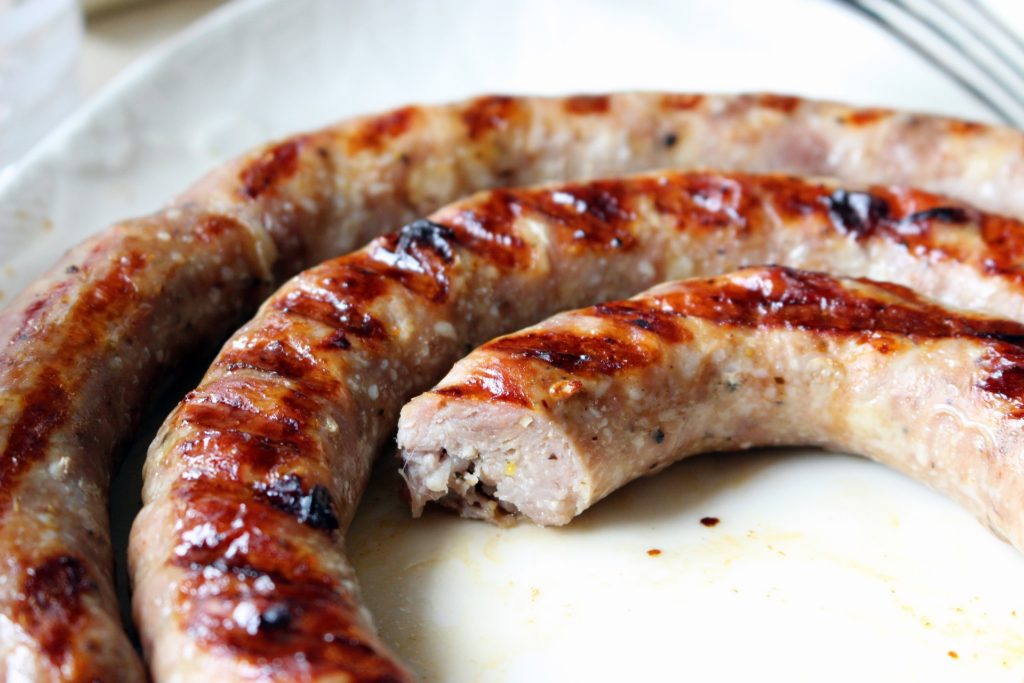