He doesn’t talk that much about what he’s learned at school. I hear a lot more about PE and rugby practise than I hear about academic lessons. I see textbooks, exercise books and worksheets around his room and I see him do a little bit of homework (they don’t get much), but I’m really in the dark about what he’s doing or how he’s getting on.

His school teaches the year 8 curriculum, but at a higher level to other schools.

His most recent school report looked very positive. Every subject is divided into three elements and they can be at expected level (for their school, not a ‘normal’ year 8), above expected level or below expected level.

At parents’ evening, all of his teachers said what a pleasant boy he is to have in class. Many of them said he contributed well to class discussions and some said he could try to contribute a little bit more. In some classes he’s very confident, in others, particularly German and French, he lacks a little bit of confidence. They all said his written work was excellent.

His English teacher didn’t say he needed to read more (result – although he totally does) and said he’s very good at reading  out loud in class. I wasn’t even bothered about seeing the RE teacher, but she was so full of praise for him. Apparently he gets through his work more quickly than the others, while still doing it properly. He has good ideas and a really good understanding of the concepts they’re talking about. She has seen him grow in confidence in recent weeks and says she would have given him above expected effort grade if she was to write his report now.

We never knew he was good at art until he went to grammar school, but he has some amazing ideas. His art teacher loves his ideas and the way he has no fear about making something really ambitious that nobody else is doing. Apparently he has a really good understanding of art, art history and artists. Who knew?

Because they’re working at such a high level, they’ve tackled a couple of GCSE papers in class. For those of you who don’t have kids in years 10 or 11, GCSEs are changing. From this year (just English and maths for current year 11 and everything for current year 10), papers will be graded from 9 to 1. 9 is the equivalent of an A**, with 8 an A*, 7 an A, 6 a B, right down to 9 a G.

In history, my clever year 8 boy had come out with a 6.

And in science? He’d done four papers – two with an 8 and two with a 9. That’s higher than his brother who is actually doing GCSEs in a few weeks.

I think that’s confirmed for me that my high-flying boy is still a high-flying boy. He might be at a top school, but he’s still right at the top of the class.

What an amazing parents’ evening. 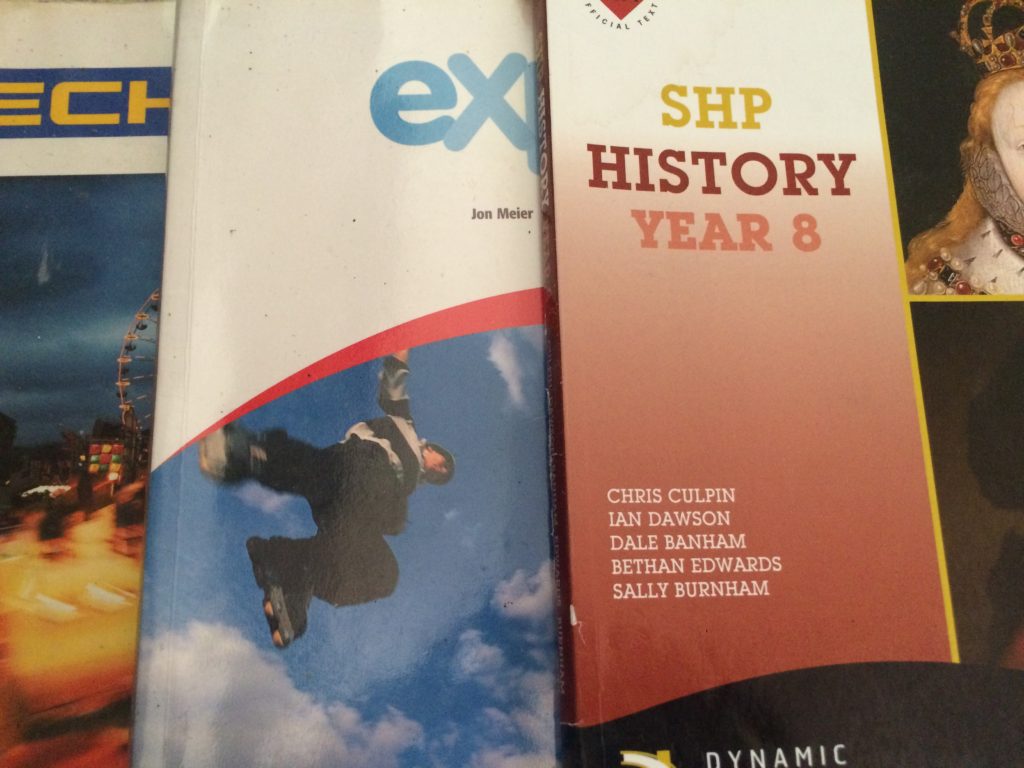