Why Did You Lie? by Yrsa Sigurdadottir

Home » Book Reviews » Why Did You Lie? by Yrsa Sigurdadottir

I was lent Why Did You Lie? by a friend who shares a very similar taste in books to me. She told me it was one of the best thrillers she’d ever read, so I had very high expectations. And I wasn’t disappointed.

Why Did You Lie? is set in Iceland (and translated from Icelandic) and tells three seemingly unconnected stories.

There’s the four strangers stranded in a small lighthouse on a rock, running out of food and not knowing when they will be rescued.

There’s the family who get home from a house swap holiday in America and become concerned about strange things which have happened in their house while they’ve been away.

And there’s the grieving policewoman, whose husband lies in a coma after attempting suicide.

Their only connection is that they all lied and someone is determined to punish them.

I’ll be honest, it took me about 40 pages to get into Why Did You Lie?. But once I was into it, there was no stopping me! This book is an absolute page turner. It feels like the three stories will never come together, but it hardly matters because they’re all gripping as they are.

The fear of the party stranded in the lighthouse and the husband convinced someone has invaded his home feels so real. And while the policewoman has been sidelined at work, she makes an unexpected discovery. Is she overcome with grief and anger, or is there more to her husband’s attempted suicide than she first thought?

Of course the three stories do eventually come together. But this book keeps you guessing right until the very end and I certainly didn’t see the ending coming at all.

Sigurdadottir’s novel is a really high quality thriller and definitely well worth a read. I will certainly be looking out for more of her work in the future. Based on this book, she might even be a better writer than Jo Nesbo! 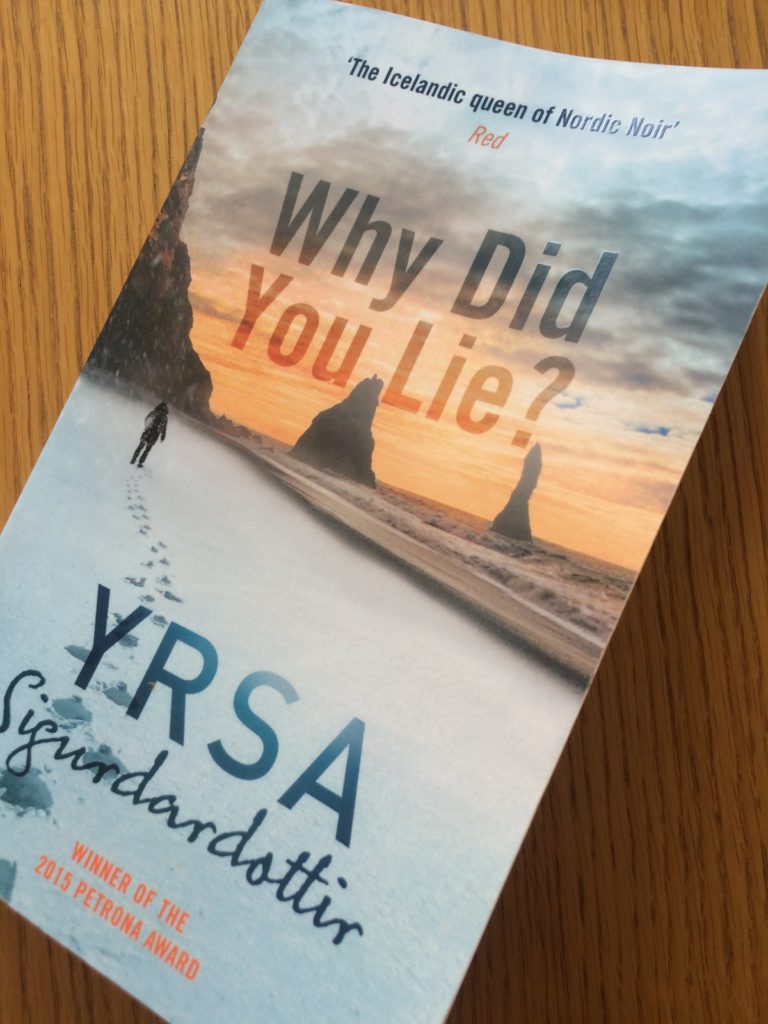