This is a year of lasts for us. My daughter is in year 6 at school and not only is it her final year at primary school, it’s our final year of going there as a family. It’s been a long time – my eldest started there in 2005.

And my eldest is in year 11. He would like to go to grammar school next year, so he may well be in his last year at his comprehensive. And even if he doesn’t move, life will feel very different for him in the 6th form.

And so we came to some final Christmas performances this year.

First was my eldest’s Christmas concert, at a lovely venue in town. It’s the fifth consecutive year I’ve watched. I’m afraid to say that my husband and my parents are now opting out of all the Christmas performances as they feel they’ve seen too many. So I just go on my own.

My son has been playing the violin for a long time. He never practises. He could be a lot better than he is, but he’s not bad considering how little he has practised over the year. Sadly, he’s doing music GCSE, which he really dislikes and finds very hard, and that has put him off playing the violin. Even if he stays at the school, he won’t play violin in the Christmas concert next year. He will be giving it up as soon as his GCSEs are finished.

But it still makes me smile when I see him on stage. He’s not your average violin player. For starters, he’s male and most people who play violins are girls. And most boys who play it are geeks. He stands there looking slightly scruffy and awkward and I love it. Because he’s just himself. He’s not trying to be something he’s not and I wouldn’t have him any other way. And I wouldn’t miss the concert for the world, even if he is only on stage for five minutes and even though the rest of my family have opted out.

Every year, my daughter’s school Christmas concert is in a big, beautiful, but rather cold church. It’s for the whole of key stage 2 and I worked out that it would be my ninth consecutive time watching the concert. And every time I’m there, it’s like no time at all has elapsed since last time. How did nine years go by so quickly?

The concert includes a few songs sung by the whole of KS2, a couple of songs by each year group, a violin group, a guitar group, some readings by year 6 and a song by the choir.

My daughter seems to have missed more school for the panto this year than she did last year, so she didn’t join in with the choir and she didn’t have a reading. She hardly even knew the year 6 songs, but she did her best! It was a shame not to see her reading, but I’d much rather see her on stage in the panto!

But she played in the violin groups and sang the year 6 songs, which were funny and energetic. There was a dance routine with one of them and I could see in her eyes that she didn’t really know it, although nobody would ever have guessed from the way she was doing her moves. There was even a mannequin challenge in the middle of song, to bring it right up to date!

It wasn’t just the final performance for my daughter, it was the final one for the head teacher, who is leaving at the end of term. He has been brilliant and inspirational and I’m glad we won’t have to experience the school for long without him. 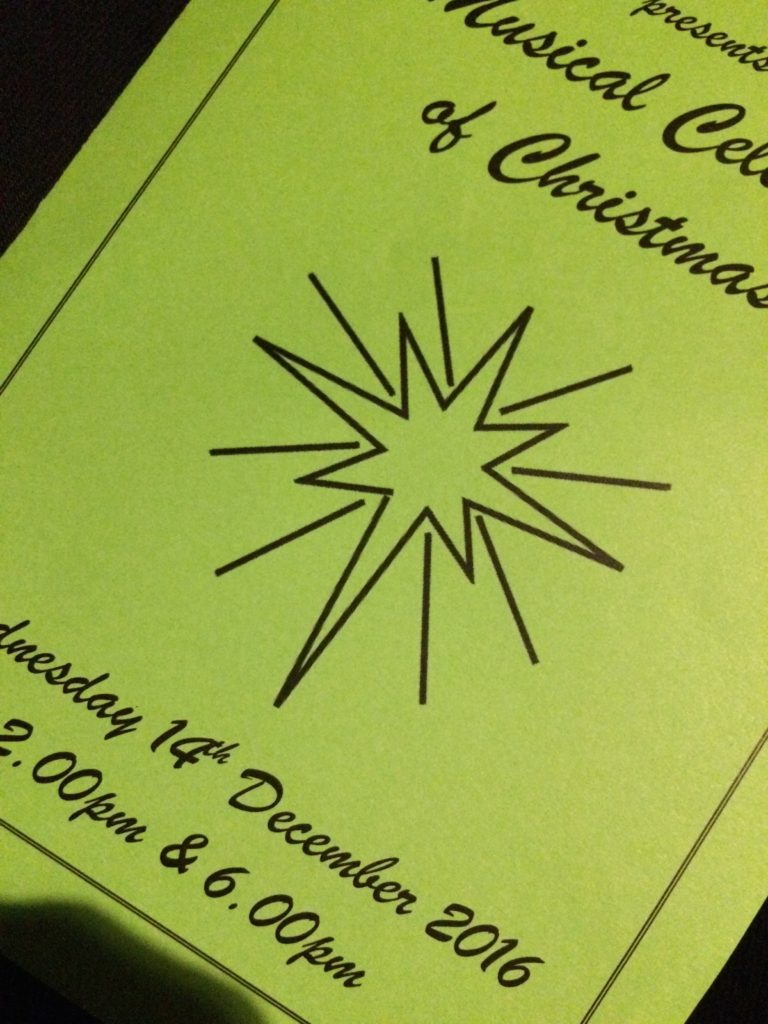 Although I’ve moaned about the school concert in the past, I felt sad that it would be our final one.

Luckily, it wasn’t the final Scouts Christmas performance, in fact we should still have lots of those left. My daughter told me it would be ‘crap’, but it’s crap every year. She doesn’t realise it’s the beauty of it. The Scouts are left to their own devices and, in a very short space of time, they pull together little sketches. They lacked a certain amount of polish and they were clearly their own work, but they were funny and very far from crap. I felt proud of both my son and my daughter for their contributions. And at least I’ll be able to see that one all over again next year!