As a teenage girl, you just seem to naturally know everything there is about skincare. For me, back in the 80s and early 90s, I learned it all from the ever-reliable pages of Jackie and Just Seventeen, enhanced by reading my mum’s Woman magazine.

In recent years, I’ve had a crash course in skincare for people with ‘highly sensitive skin’, which in my case is severe acne and rosacea (not to mention the painful eczema on my hands). I’ve taken every word my dermatologist has told me on board and followed it to the letter. I won’t put a product near my face which hasn’t been either prescribed or recommended by him. Being on Roaccutane means my skin is even more sensitive than it would be with ‘just’ the acne and rosacea.

I guess girls these days learn all about skincare from YouTube and beauty blogs. But boys?

Boys don’t need to know about skincare, do they?

Sadly, my eldest has severe acne, and I’ve been discovering how little he knows about skincare. Because he’s never read Just Seventeen or watched a beauty vlog on YouTube.

Being of the generation which doesn’t bother to read anything, I’ve read the leaflets of his medication very carefully for him and told him exactly what to do with it. His latest cream requires him to wash his face before use. Wash his face?! Despite my best efforts throughout their childhoods, my kids don’t wash their faces. Their faces get wet in the shower and they will splash a bit of water around their mouths if they’ve got food on them. That is the limit of their face washing.

I bought him some Clearasil (which no doubt the dermatologist will ban and tell us to use something more gentle) and had to give him step by step instructions on how to use it to wash his face. On his first attempt, he used about an eighth of the bottle.

In the meantime, in his desperation to improve his acne while he waits for an appointment with the dermatologist, he’d researched home remedies and made himself a scrub of sugar and olive oil. On the one hand, I’m pleased that he’s taking positive steps. On the other, I’m horrified because I feel he will just be doing further damage to his already sensitive skin, and potentially causing scarring. Using the scrub makes him feel more positive, so I’m letting it go now, until we get strict instructions from the dermatologist. Then he will be following them to the letter!

I bought him a medicated concealer to try to cover his spots, but he didn’t like it. Instead, he nicked his sister’s foundation from the panto last year and has started wearing that. It certainly makes his face look a lot better, but I fear for the damage it is causing. I know the dermatologist told me I should only use foundation from Sk:n Clinics and, having looked at the cost, it’s an absolute fortune. (I’ve never worn foundation, so it’s never been an issue for me.) My son applies the foundation with a blusher brush, also nicked from his sister. Again, I’m pretty sure if he’d watched some YouTube videos, nobody would apply it with a blusher brush. But I’m letting it go. The foundation gives him confidence and that’s all that matters. (I must try not to worry too much about the germs on the brush spreading his spots and making them worse.) 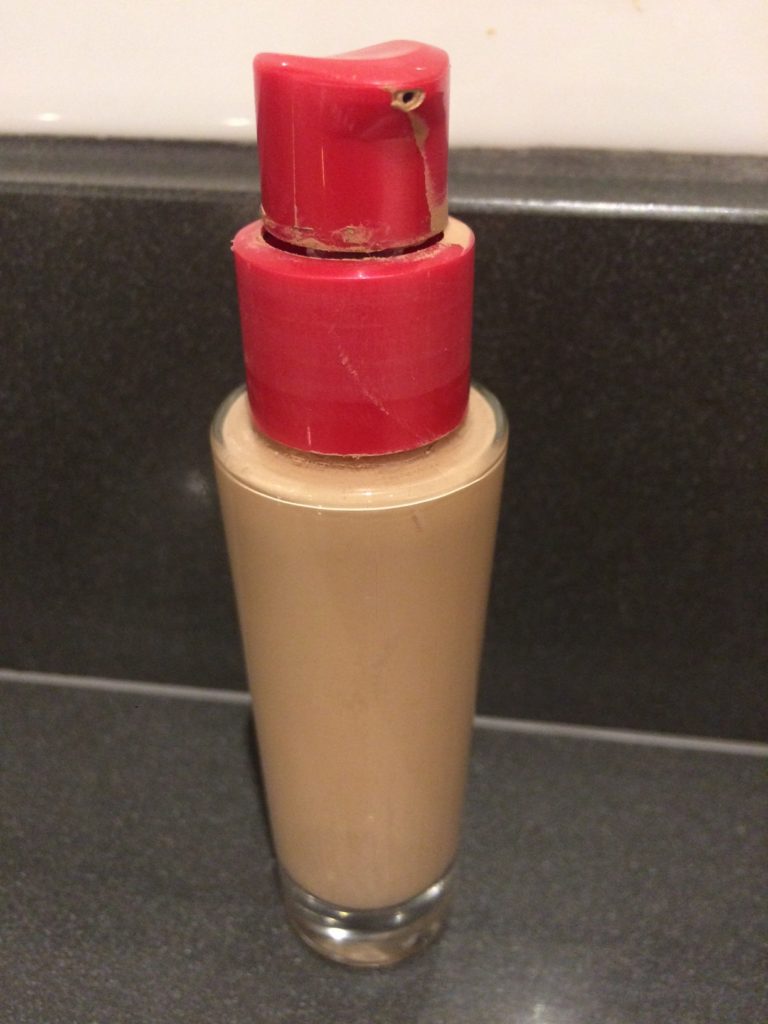 But once he’s been to the dermatologist, if he has to give up the foundation, he will have to do it. He needs to give his skin the best chance of healing, even if that means revealing his spots for a few weeks.

Sadly, I’ve recently noticed a few spots on my younger son’s forehead. If we were any other family, I would have let them go, but I can’t risk it in our family. So he’s been whisked off to the doctor’s and has already got his first prescription lotion. The GP knows us and our problems so well, he just asked me what medication I’d like him to have! Between us, we’ve used them all over the last couple of years.

I’ve had to go over the whole ‘how to wash your face’ thing again, for my younger son. How can they not know how to wash their faces?