At the start of this season, my younger son started playing for a different football team. He’d played for his old team since he was 7 and my husband had been the manager/ coach. But for various reasons (mainly lack of player commitment), the team had folded at the end of last season. It was time to find a new football team.

Needless to say, he already knew his new team from having played against them many times over the years. One of his friends from school played for the team, they were a good team and, most importantly, their coach was nice. I will never understand parents who send their kids to play for teams where the coaches treat them badly. Seriously, success is never worth having your child yelled at week in, week out.

Luckily, the team was in the market for a couple of new players – as teams move up from nine-a-side at under 12s level to 11-a-side at under 13s – so my son’s two best friends from his old team were able to move across with him.

And I’m pleased to say the move has gone very well indeed. As the most successful striker in his old team, and one of the top scorers in the league, his new team allowed him to move straight into the striker position. And he hasn’t let them down!

As I write, the team is currently top of the league. They have played seven league games, won six and lost just one. They started the season with a 5-0 win and they haven’t looked back. There was a 10-3 win and a 7-0 win. Their most recent result was a 12-1 win.

My son has been instrumental in those victories. He has scored in every game, averaging two goals per game, and is currently third top scorer in the league. He scored four goals in the 12-1 win.

My son hates losing and their 5-1 defeat could have upset him. The scoreline didn’t really reflect how well the team had played. Luckily, my son not only scored his team’s consolation goal, but he was also awarded man of the match.

As he gets used to playing for his new team, he is growing in confidence as well as ability.

The team actually trains mid-week, so they are getting better and better. It’s nice for my son to regularly be on the winning side. Changing football teams could have been difficult for him, but we definitely chose the right team.

The new football team has been brilliant for my son. Long may it continue! 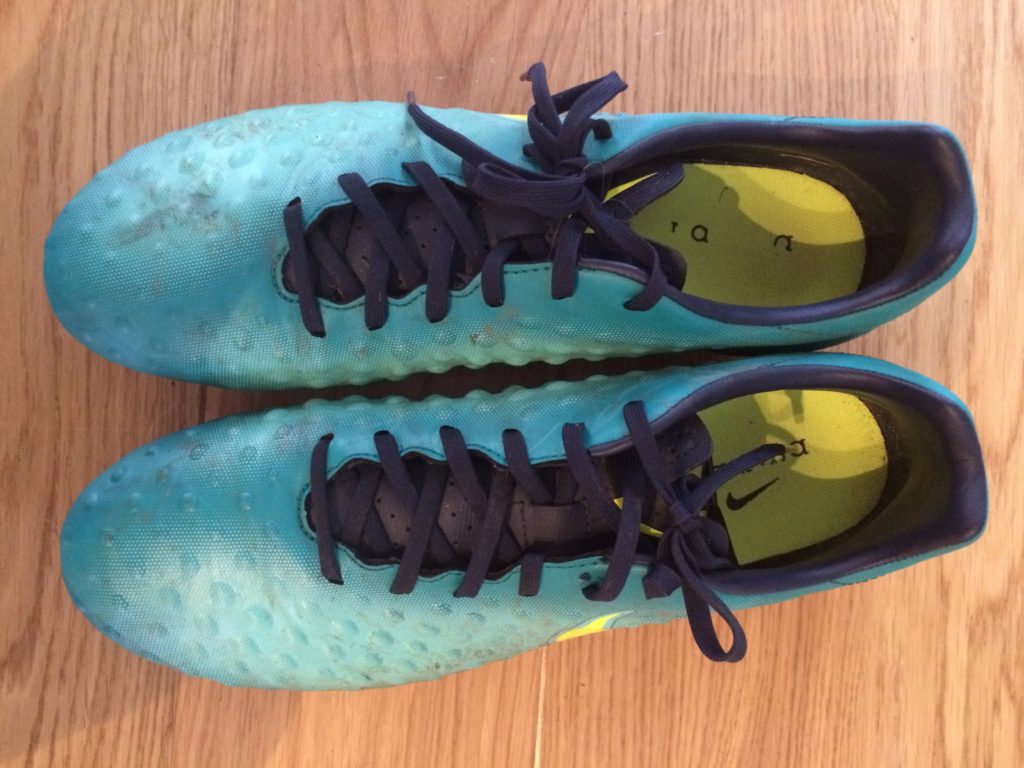