The Forgetting Time by Sharon Guskin

I picked up this book on my birthday book shopping spree because it caught my eye: Noah is four and he wants to go home. The only trouble is, he’s already there.

The Forgetting Time is about Noah, only child of single New York mum Janie, who behaves in some unusual ways. He knows things he shouldn’t and remembers things that have never happened. He is a mystery to his mother, his nursery and doctors. Because Noah remembers being a nine-year-old boy called Tommy.

Is Noah ill? Has he got a really active imagination? Or was he really once a boy called Tommy? When Janie joins forces with the ageing Dr Jerry Anderson, will she get to the bottom of Noah’s issues?

The reviews for this book are excellent and I really wanted to love it. It was a good story, which certainly had me interested, but I’ve read a lot of better books this year. I read it straight after Me Before You, and that was always going to be a hard act to follow.

The Forgetting Time is an interesting read, about something I’ve never read about before. Sharon Guskin’s debut novel is not a particularly challenging read and not too dark. The characters are likeable and pretty believable. It’s a good book, it’s just not a brilliant book!

Have you read The Forgetting Time? What did you think of it? 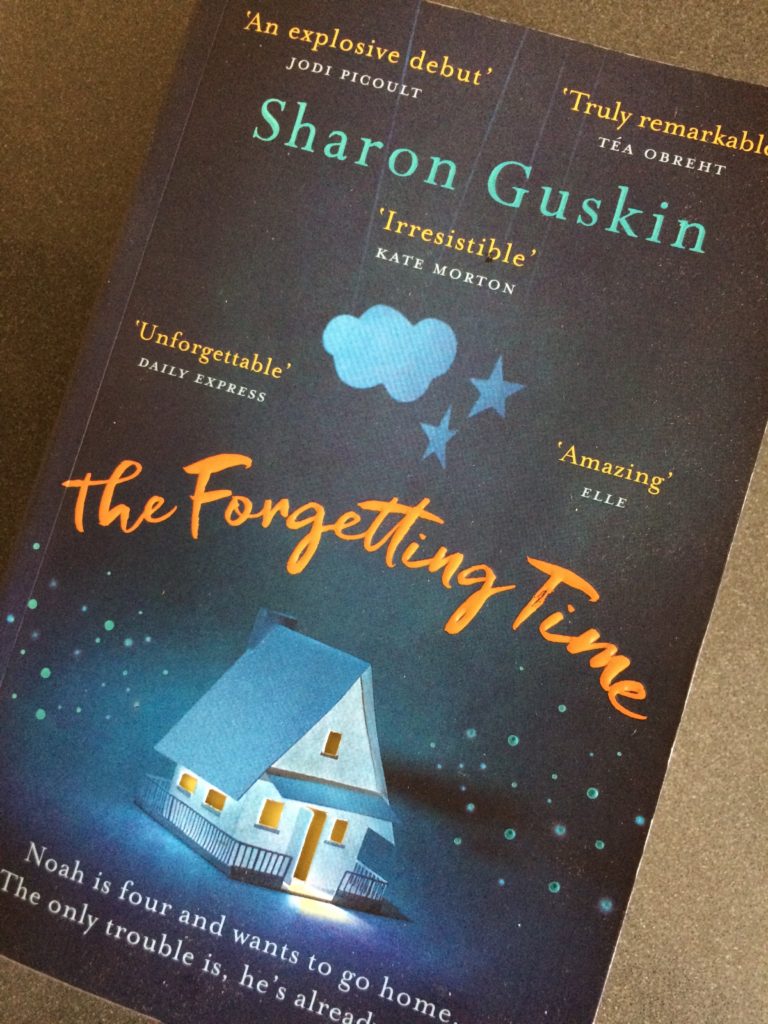