My teenage son is an intermittent Parkrunner. He will run for a few consecutive weeks, then he’ll have a few weeks when he can’t manage to get out of bed at 8.30. He’s not unfit by any means (he can hike for miles and miles), but he’s not super-fit either. So when he announced he was going to be doing a 10k hill run, I said he’d better get training.

But he’s a teenager. And teenagers know best. He left it until literally the last week to train and then managed two 3 mile runs and a 2.5 mile run. Oh well. What was the worst that could happen? I knew he could always walk it. My biggest fear was that he would set off too fast, then be unable to cope with the hill.

We arrived at the run and there was a real buzz about the place. I felt seriously jealous that I wasn’t taking part. I’d considered it, but I’m doing the Cheltenham half marathon soon and, as I’m not used to running cross-country or up steep hills, I was worried I would injure myself and rule myself out of the half marathon.

There were about 150 runners and they all looked fit, like proper runners. Lots of them were wearing running club vests. The minimum age for the run was 15 and my son was 15 and two months. He was definitely the youngest person there.

I genuinely had a feeling he would come last.

And there’s no shame in that.

It really is the taking part that counts. And I admired him for taking part.

He’s not a regular runner, the only 10k he’d run before was Sport Relief earlier this year (which was largely flat) and he hadn’t trained. These people were all ‘proper’ runners and adults. Long distance running is one of the few sports where a few extra years is often an advantage rather than a disadvantage.

The race got off to a good start and we wandered off slowly towards the finish line. There were 5k runners too, so they were coming through in no time. It wasn’t long before the first 10k runner came through too. 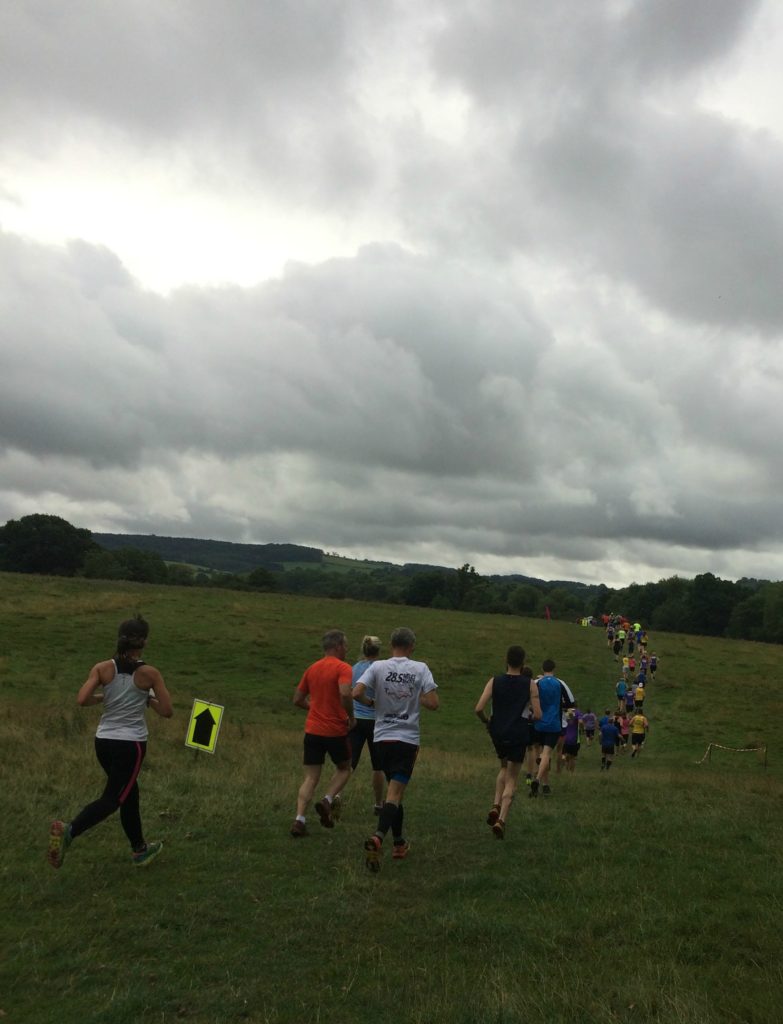 My son had done his Sport Relief run in about an hour, so I was predicting an extra 10 minutes, taking into account the big hill.

The runners came through in dribs and drabs, then slightly larger groups.

Then there was a gap and I started to panic. Why hadn’t my son come through yet? Was he OK? Why had he left his phone in the car?

But I hadn’t exactly been counting the runners. There were still lots to go. He wasn’t the only one by any means. And I hadn’t been keeping a very good eye on the time either. He was still well within my estimated finish time.

And then he appeared in the distance. He was running very well. He looked happy.

My husband, son, daughter and I all shot off down the hill with him. But my husband, son and daughter soon gave up. I nearly kept up with him until the finish line, but even I had to admit defeat. It’s not easy running in tight jeans and Converse, while carrying a rucksack and a cumbersome camera.

One hot, happy, sweaty boy crossed the finishing line. It hadn’t been too bad. The hill had been quite challenging and most people had had to walk some of it. But it had been OK.

And was he last? Of course not! There were 51 people behind him, with the final runner coming in a whole 25 minutes after him.

I was so proud of him. Imagine what he could have done if he’d trained?!