There are many reasons for taking part in Parkrun. A big one, in fact the main one for us, is the competitive element and improving our times. We’re always on the lookout for a PB. But there’s a lot more to it than that.

There’s the general fitness, there’s the enjoyment, there’s feeling a bit smug that you’re out of bed and exercising while lots of people are still asleep…

Every time you take part in Parkrun, as long as you remember your all-important barcode, your run is counted. For me, knowing I’m recording a new run nearly every week is a real motivation. That’s why I’m happy to run with my daughter when I need to (under 11s have to run with an adult). I’m not going to be breaking any records, but my run is still counting. And, in actual fact, in fitness terms I’m doing almost as much good for my body by running 5k in 35 minutes as I am by running it in 23.

Every run counts towards your Parkrun milestones. Kids reach their first milestone at 10 runs, when they are eligible for a 10 Tshirt. My daughter and my eldest have had their Tshirts for a long time now and I’m pleased to say my younger son is very nearly there. The next milestone for kids – and the first milestone for adults – is 50 runs. Last autumn I set myself the target of reaching 50 runs by this autumn and I’m well on track for that. Then I’ll aim to reach my 100 run milestone by about Christmas 2017.

When my younger son broke his toe he couldn’t run Parkrun, understandably. But he came along with us and enjoyed limping round parts of the course, cheering us on and hunting Pokemon. I hoped he would be back to running the following week, as he was walking long distances playing Pokemon Go and breaking into a run every now and then.

But he still wasn’t up to running 5k. So he thought he’d just wander around a bit like he had done the previous week. I suggested that he actually walk the 5k and get his barcode scanned, earning himself another run towards his 10 Tshirt. My husband and eldest ridiculed this. What was the point of doing it if you weren’t aiming for a PB? But Parkrun is what you make it. He couldn’t run with a broken toe, so why not just walk? There are people who do actually walk it every week, so why not my son?

As it happened, my daughter’s best friend was walking that week too as she had a triathlon later that day. So my daughter decided to walk too. They had a great time. They walked, they jogged, they sprinted, they did a few cartwheels, they chatted. I suspect they covered way more than the usual three miles by walking up and down to catch up with each other, but they loved it.

Who says Parkrun has to be all about running? 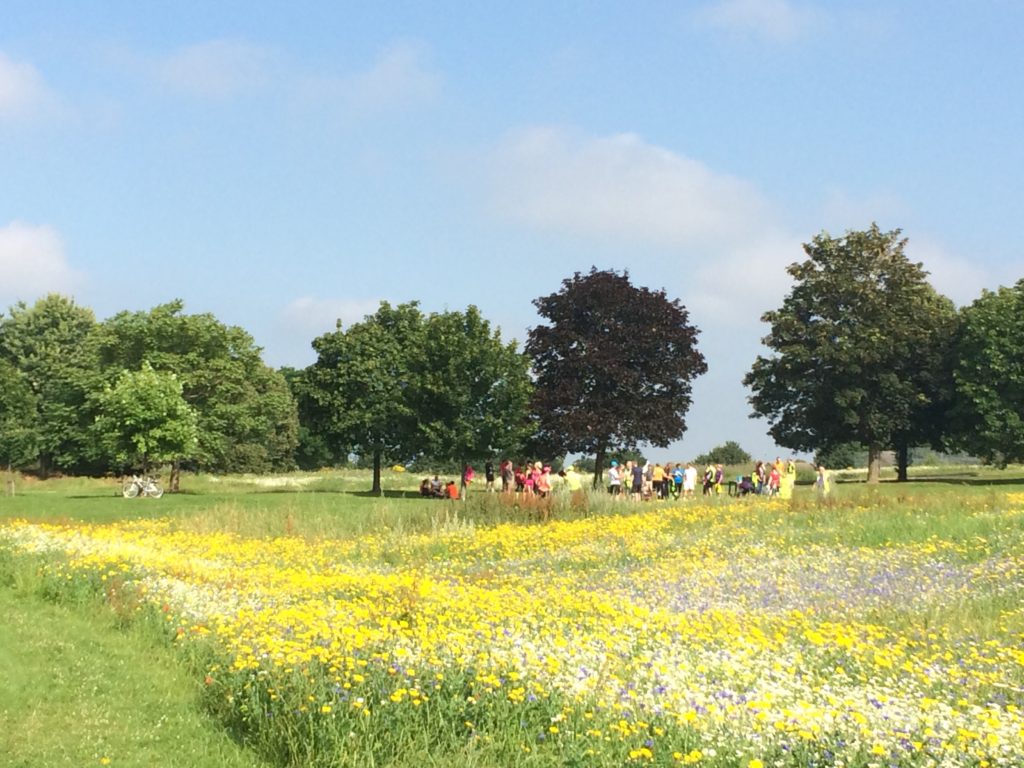