I’m a huge fan of Jo Nesbo and his Harry Hole novels. But earlier this year I read Blood on Snow, a stand-alone novel which doesn’t feature Hole and I found myself a little underwhelmed by it. I thought the story was too short and lacked substance, so I was in no great hurry to read any more of his stand-alone stories. But when you see one for £1 in a charity book sale, it would be rude not to, right?

So that’s how I cam to be reading Midnight Sun. The book tells the story of a reluctant ‘fixer’ (hitman), who has cheated his boss, the very dangerous gangster known as the Fisherman (who also appears in Blood on Snow), so he has to go on the run. He escapes as far away as he can, to an isolated corner of Norway, so far north that the sun never sets. There, he takes refuge in a shepherd’s cabin and meets a young widow and her son, Knut. Will the Fisherman’s men track him down?

This is another very short book (only 214 pages), yet, unlike Blood on Snow, I really enjoyed it. Nesbo’s Midnight Sun is a complete and, to my mind, very satisfying story. I loved the unlikely bond between Jon and Knut. There’s also a very sad back story to Jon, which made him much more human than your average literary hitman.

Maybe it’s because I read it over the course of just 24 hours which meant it worked much better for me? There’s less gore than in your average thriller and this is essentially a very nice story about love and friendship. It is well worth a read! 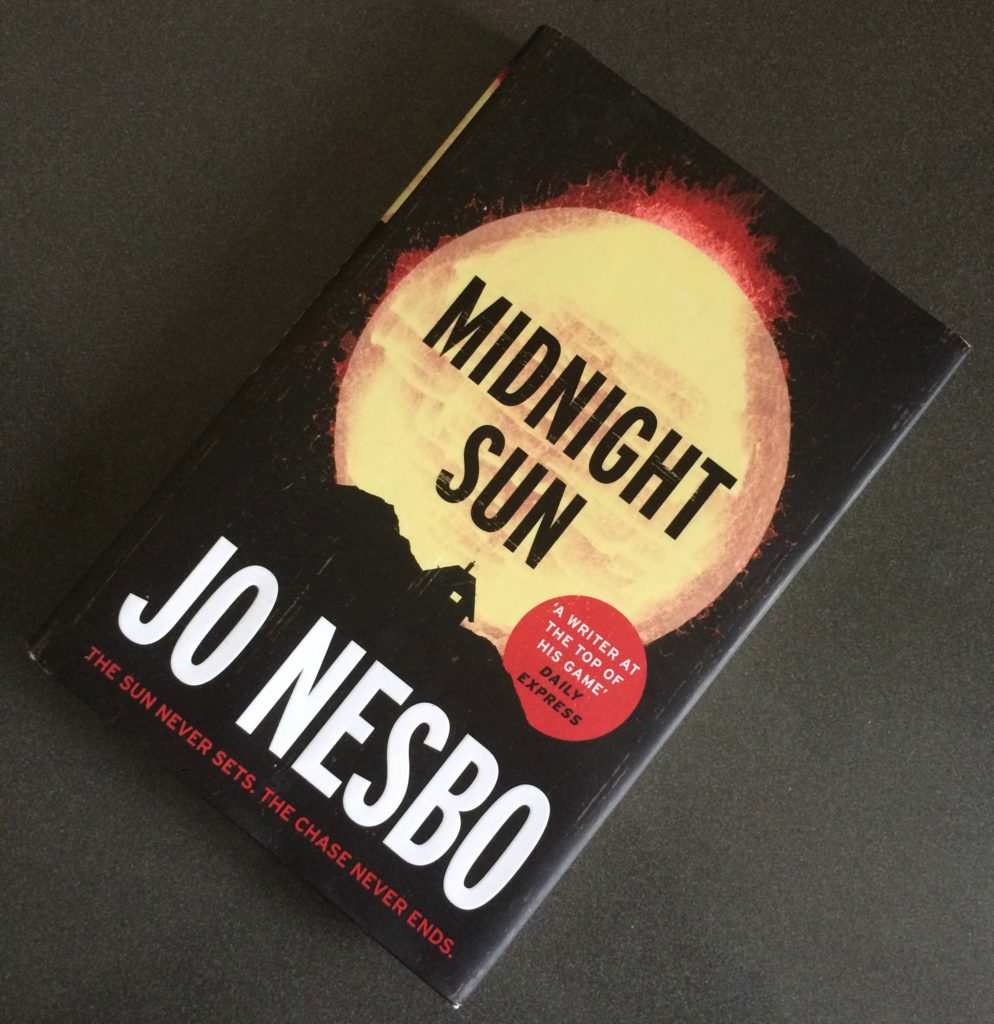