The broken toe and the drama performance

Home » Family » The broken toe and the drama performance

There’s never a good time to break your toe, but when my son broke his toe on the day of his school drama performance, that felt like a really bad time.

Of course, he really, really wanted to do the drama performance. He’d been working hard on it for the past couple of weeks. But, as he could barely walk, he was going to struggle to dance.

He reluctantly agreed to miss it that day, but was most definitely going to do the two performances the following day. He set his alarm for 7 as usual, got straight out of bed as usual. And then realised his toe felt much worse. 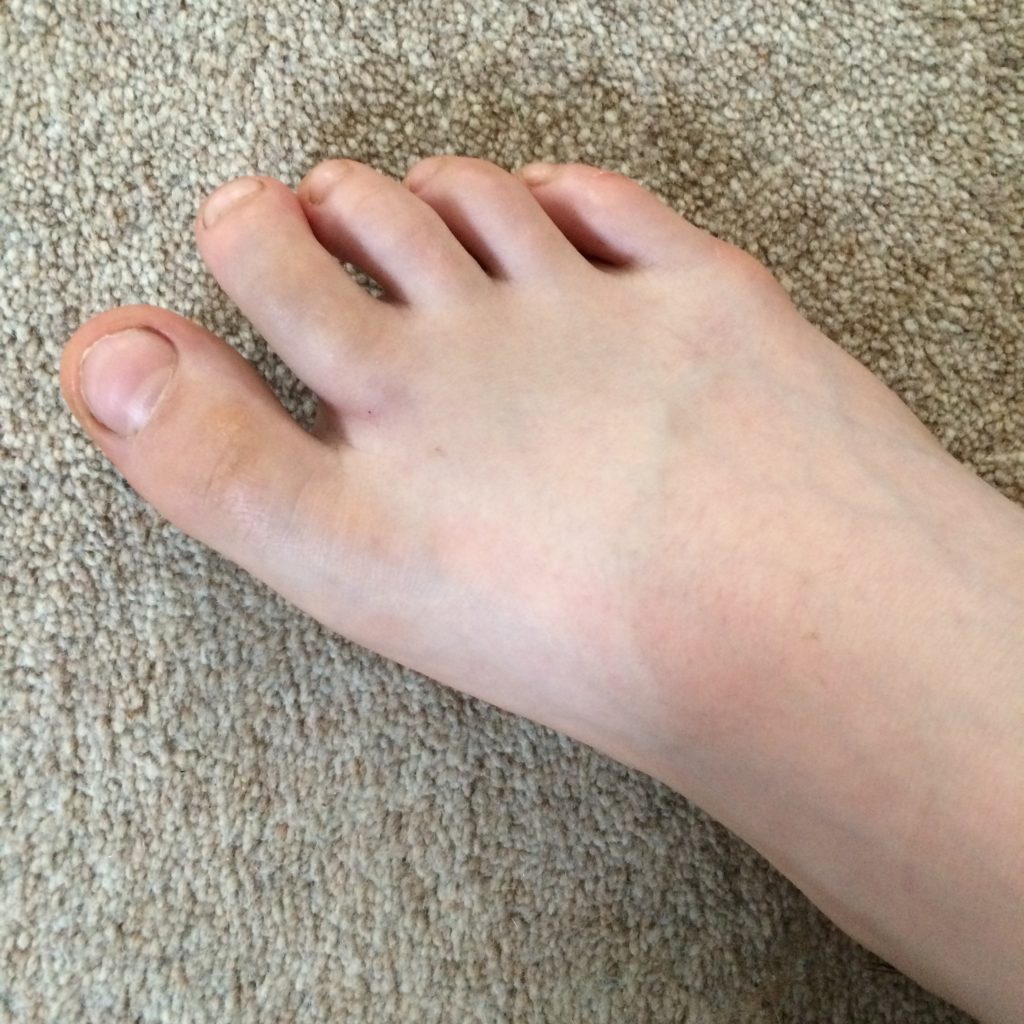 So he reluctantly stayed at home and even had a couple of hours’ sleep.

But he was still determined to do his drama performance. I suggested maybe he should just do the matinee performance, but of course he wanted to do the evening performance too. So, against my better judgement, I dosed him up with Calpol and took him to school. I would be back an hour later to watch his matinee.

He’d told me exactly where he would be on the stage and for the first time EVER I got a front row seat. I’m usually at the back. Behind a pillar. Seriously, I think people must camp out to get front seats at a school performance.

He was in two musical numbers – one at the start of performance and one at the end. He was also one of a small number of kids to play a statue. He’d been exactly right about where he’d be on the stage. He was right in front of me.

In previous school performances, I’d always detected a lack of confidence, or maybe a hit of embarrassment. He always looked slightly awkward when standing on stage and never opened his mouth quite wide enough to sing. There was none of that. He had a really good stage presence. Just like his sister in the panto, he never went out of character or fidgeted. He looked so good and strong as a statue.

I hoped to find him in the interval. The very first thing I heard as I stepped out of the hall was a child’s voice asking my son if his foot hurt. He told me he’d been trodden on twice during his musical number, but he was on a high. He was limping along, but so happy to be there.

I went into the toilet and shed a couple of tears. I felt so sad that he’d broken his toe and was in pain, but so happy that he’d been able to do the performance and that he’d enjoyed it so much. When he’d got up that morning, I really didn’t think he’d make it. To be honest, I wasn’t sure he’d even get to school for the last few days of term. But he wanted to do it, and he did it.

And did he want to go home after the matinee? No way! He was staying at school for the evening performance. I was so proud of my boy for his dedication in carrying on, despite the pain.