Well, the panto is all over now and all we have left are some very special and proud memories.

On the opening night of the panto, my daughter stole the show in her role as a little security guard. For a budding actor and dancer (not to mention a proud parent), the role was a dream come true.

When I watched the panto two weeks later I realised she’d got even better! Was that even possible? But there she was – more confident and more slick.

And the ‘evil stepmother’ knew it.

Every day, she leaned a bit closer into my daughter’s face to deliver her nasty lines. And my daughter just took it. Remaining strong and totally in character.

But this is panto and all about the laughs. It’s OK if the cast make a mistake or deliver a few ad-libs or laugh when they shouldn’t.

And the evil stepmother admitted to my daughter that it was her aim to make her laugh before the end of the run. But it was my daughter’s aim to absolutely not laugh, whatever the stepmother threw at her.

This time, my daughter got bigger laughs and louder applause than on opening night.

I couldn’t have been prouder.

A few days later, after I’d treated myself to a solo morning trip to the panto, I bumped into the wicked stepmother in Tesco. She told me how much she enjoyd working with my daughter as she’s so strong and confident and stays in character. She says she has fun with her and knows she can push her hard and she won’t crack.

And she said my daughter gets the most applause and cheers of the four girls who share the security guard role. I was so happy to hear that, that I grinned all the way home!

A week later, my daughter came home buzzing. She’d had her best performance to date – probably because she knew her best friend was in the audience. When they go off stage, the evil stepmother always high fives her. But that day, she had laughed so much at my daughter that she had to sit on a chair in the wings to calm herself down!

I watched my daughter in panto five times and I can safely say I loved it every single time. I knew a lot of the script and a lot of the songs by the end, but I never got bored.

On the final night, my daughter was still sticking firmly to her resolve not to laugh at the evil stepmother. The stepmother dragged her line out for even longer than usual, all the while keeping her face just millimetres from my daughter’s. After several seconds, the stepmother gripped my daughter’s face and turned her round to show the audience. My daughter didn’t move a muscle on her poker face.

‘She’s good, isn’t she?’ said the stepmother, then she turned back round and slipped back into her role.

Later, as she was marched across the stage by my daughter, to cheers from the audience, she shouted: ‘Never work with kids’.

My daughter may never get a role like the security guard again. It has been a brilliant experience for her and for us. I was particularly pleased and proud that my eldest, normally her biggest enemy, loved the panto and was so proud of his sister. After two months of saying nothing nice about the panto, he watched it and totally got what it was all about. And he knew how brilliant his sister was! I never thought I would see the day when he would say anything nice about her, but he was genuinely proud.

Roll on panto 2016, it’s less than nine months until auditions! 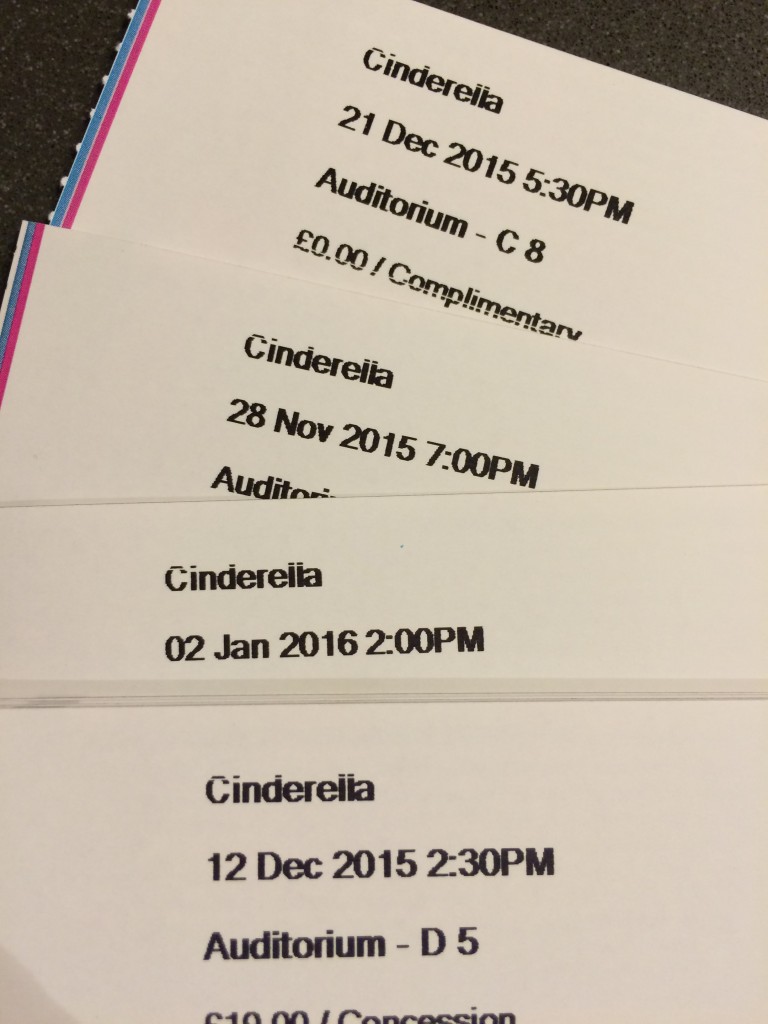 If you’re feeling Loud ‘n’ Proud about any achievements, big or small, add them to the linky below. Grab the badge and don’t forget to comment on some other posts too!