Hetty Feather, my daughter and me

Home » Family » Hetty Feather, my daughter and me

My kids go through phases of being addicted to reading and phases of reading nothing at all. Being a bookworm myself, I don’t understand how they can suddenly stop reading and go for weeks or months without picking up a book. I’m always trying to persuade them to read.

One of the jobs I do involves me reading children’s books – some brilliant, some OK and some dreadful. One of the books I’ve had the pleasure of reading for work is Jacqueline Wilson’s fantastic Hetty Feather. As Tracy Beaker herself would say, it did give me ‘hay fever’ a few times. I thought my daughter would love it, but both the length of the book (it’s very long for a children’s book) and the historical content put her off.

In the meantime, she’s been grappling with the same school reading book for pretty much the whole of year 5. It’s a vicious circle – the book is a) boring and b) very hard to follow. So she doesn’t read it often. So she never gets to the end of it. In the end, she asked a TA if she could give up and finally cracked on with Hetty Feather.

And she soon grew to love it. When she’s interested in something, she likes to google it and find out everything about it. So she found some online drawing tutorials with illustrator Nick Sharratt and drew Hetty. 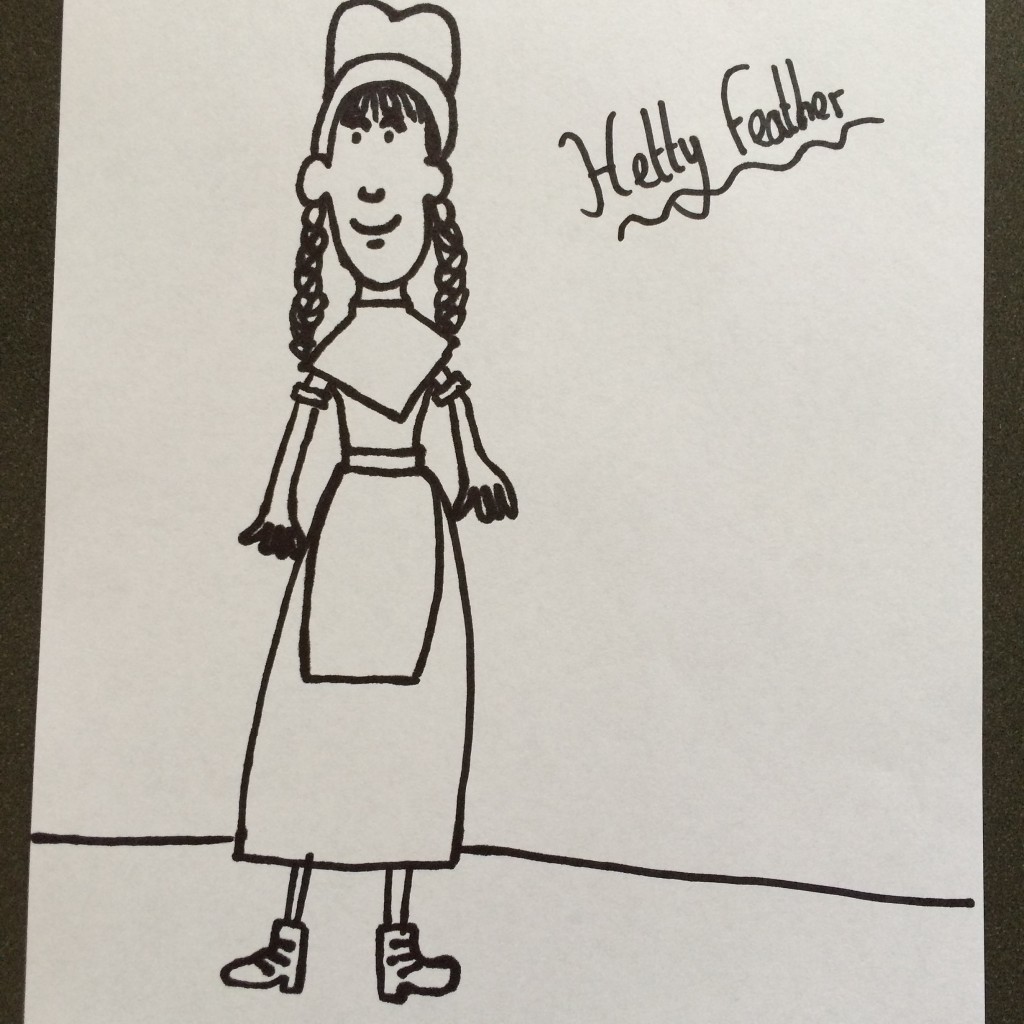 Then she said: “I wish there was a musical of Hetty Feather“.

I knew there was. So I looked it up. Would we have to travel to Birmingham? Or Bristol? Or Cardiff?

No. As luck would have it, it was showing at our local theatre the following week. What are the chances of that?

So we booked. And on the morning of the show, my daughter read over 100 pages of her book.

The show was brilliantly done. With just six actors, a couple of musicians and one highly versatile set, they managed to convey the life of this little girl from birth to tween. And the actress playing her was 32. I suspect the actors playing her brothers were even older, but it didn’t matter. Somehow it worked.

The book has a strong circus theme, so the set was based on a circus and there was an awful lot of climbing and swinging going on. Those actors never stopped moving! They must have been exhausted. But it was a wonderful show. Not a traditional musical – the music was there more as background music and there were no big dance routines. 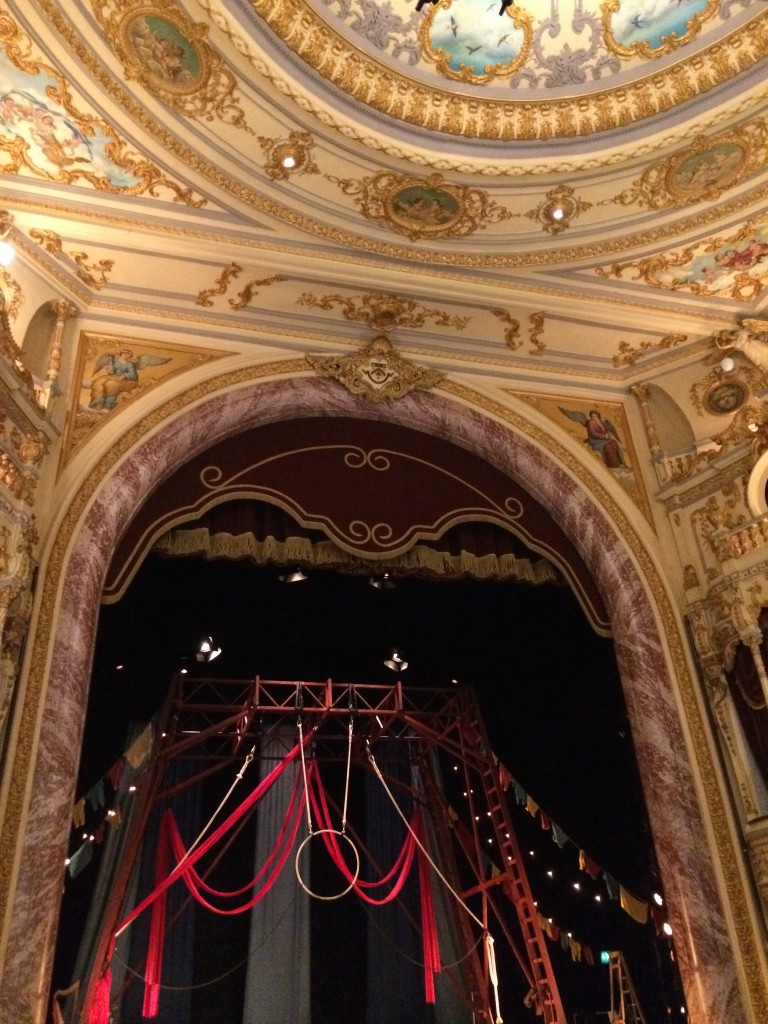 And I got Tracy Beaker-style ‘hay fever’ four times while watching it.

My daughter loved it.

Two days later, with her biggest brother away on Explorers camp, we decided to go out for a meal. My kids don’t like Thai food and noodles like me, so they opted for TGI Friday’s. Despite being a big restaurant and it being only 5.45pm, there was no space for us.

So we went somewhere else.

And, as we walked up the road, we saw Phoebe Thomas, who played Hetty, heading for the theatre. And my daughter got excited. Suddenly she ‘needed’ to see the show again. It was 6pm. The show was on at 7pm. And tickets cost £22 per person.

Nothing worked. My daughter was going to that show again. She was prepared to pay for it with her own money.

So, while we waited for our food to arrive, we walked to the theatre to book our tickets, and were back there at 6.50 ready for the show to start.

If anything, I loved it more this time and so did my daughter.

The following day, I was driving to pick my son up from his camp when my daughter sent me a text from Daddy’s phone. She was going to watch Hetty Feather with Grandma and Grandpa. In the short space of time I’d been gone, she’d been to see my mum and dad, gone on and on about how brilliant it was and conned/ persuaded them into taking her.

She saw the show three times in the space of four days.

I was going to end this post by saying that if you get the chance to watch it, you definitely should. But the tour has ended and is moving to the US. My daughter saw the final show.

And if they decide to bring it back in 15 years, you know exactly which miniature panto star will be dying her long hair red and brushing up on her circus skills… 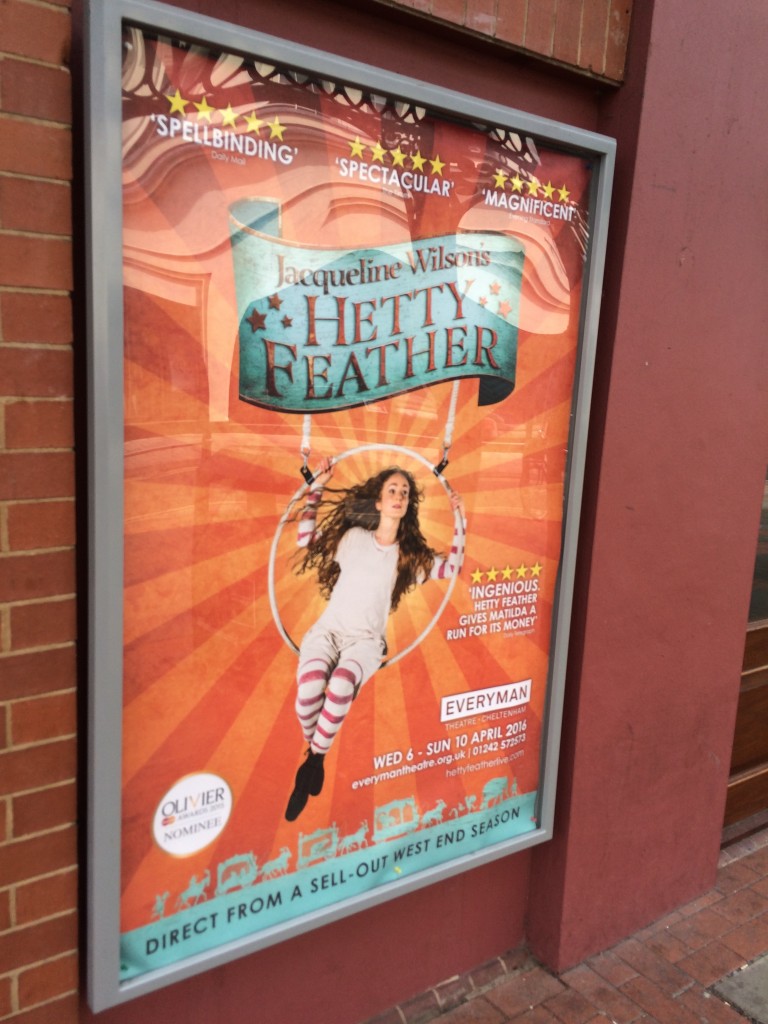