Some people, normal people, maybe even you reading this now, watch box sets. They binge on them. They watch loads of episodes at a time. On consecutive days. How do they do that?

Because I don’t really watch TV.

Not through choice. I’m not a huge fan. I’ve never been an addict, but I’d like to sit down and watch ONE PROGRAMME of my own choice at about 9pm every day. It’s not too much to ask, is it?

I work flipping hard – I drive the kids places, I juggle all of their needs, I cook (sort of), clean and also work to earn the money to pay for everything they ‘need’ to do. But can I sit down and watch my own telly? Apparently not.

At our old house, the kids dominated the lounge and the TV. In the evenings, the boys would have the Wii on. I resolved this wouldn’t happen in the new house. So, at Christmas, just before we moved house, we bought the boys a TV each. Sorted! No more hogging the main TV.

Do they use them?

Because they can’t get The Simpsons on them and they can’t record programmes on them.

My eldest watches DVDs on his, my younger son only plays Xbox on his. Except he doesn’t play Xbox much any more. Mainly he plays Wii U. No prizes for guessing where he plays that. ON THE LOUNGE TELLY.

My daughter watches endless reality shows and boring things like Location, Location, Location. She will watch the same episode four or five times (and it’s bad enough the first time). And then there’s my boys and The Simpsons… Three or four episodes every night – starting at about 6pm and going on as late as 9.30. On a school night. On the TV they’re not supposed to watch in the evening.

I recorded Fargo in the autumn. I loved the previous series. So far, I’ve watched just two episodes of this series. Will I ever get round to watching? The only series I’ve managed to watch all year are Call the Midwife, Raised by Wolves and Happy Valley. I’ve recorded The A Word and haven’t watched it. I would have liked to watch The Night Manager and Line of Duty.

But it will never happen, because the kids are watching Bear Grylls: Mission Survive. Now I have nothing against Mr Grylls and I don’t mind his programmes, but when my time is limited, I’d rather watch a good drama or comedy of my own choosing. In peace. On my own telly.

And even when The Simpsons or Bear Grylls or Location, Location has gone off I still don’t have any peace, because I have to start my daughter’s ridiculous bedtime routine, which involves me having to pause the TV to go and check on her several times during a gripping drama or a hilarious comedy.

I know we should ban them from watching the lounge TV after a certain time and, believe me, we’ve tried, but somehow they just keep bending the rules.

AND I NEVER WATCH TV! 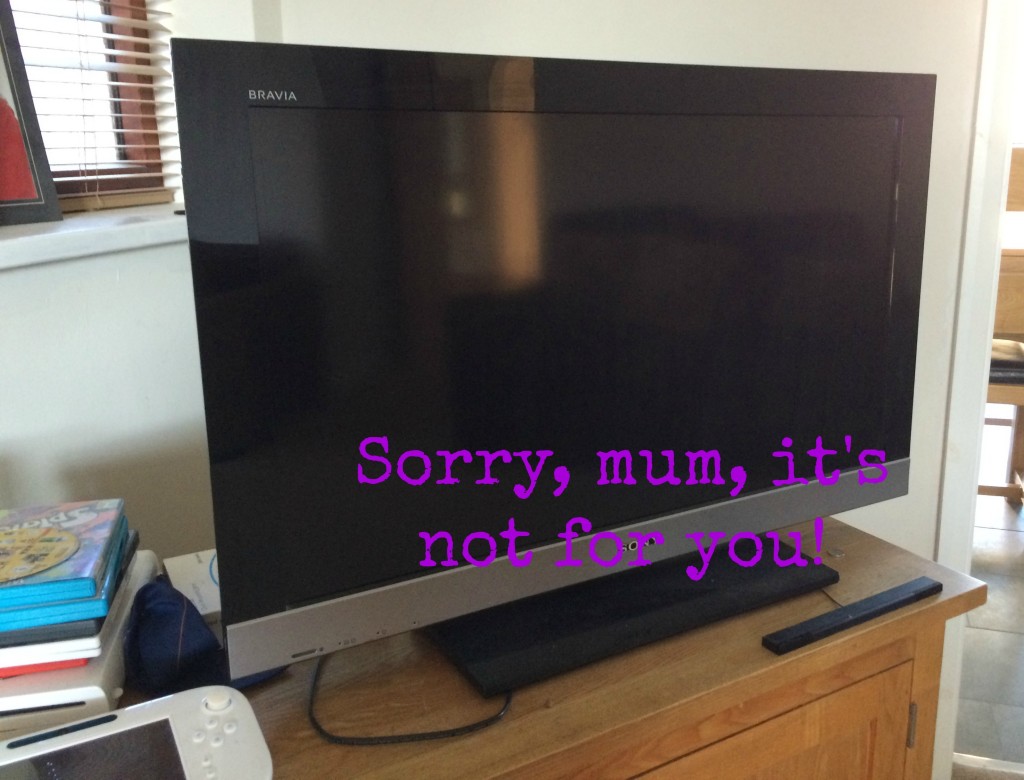 Do other parents of older kids get to watch TV? Is it just me who doesn’t?