It wasn’t actually his first school rugby match, but it was the first time we’d had chance to watch my son play for the grammar school A team. They’d already played a few matches. They’d won their first little tournament, but then lost all their games since. They’d been playing private schools, who have been playing together from the age of about 7, so it’s hardly surprising.

My son had started the season very positive. Leaving his Sunday morning team was a big step, but he hadn’t had the best season last year. He had found himself dropped from the team a lot, which dented his confidence. He made a lot of excuses for why he was being dropped or why he didn’t get the ball and he just wasn’t enjoying it any more.

Since starting school rugby, his confidence had grown. His teacher had seen how good he is and was impressed with his speed. With the growth in confidence, my son had finally got the hang of tackling, which had always been a big stumbling block for him.

He had always played on the wing and his old team-mates rarely actually got the ball out to the wing, which is what caused a lot of his dent in confidence. He would run up and down for a whole game and hardly touch the ball. At his new school, he had the chance to get a new position. Yet he opted for the wing.

And they were losing games.

Before the match we were watching, I could see the drop in confidence was back. He wasn’t getting the ball again. He was making excuses and seeing problems. I was worried that if he didn’t get the ball, he would be dropped from the team. He is better than that and it would have been a real shame.

What would we see when we went to his match?

Twice I heard his teacher say ‘Good tackle’ to him. That’s huge for us. My boy has always been afraid to tackle.

The team got beaten again, but it wasn’t all bad. They played together well, they got consolation tries and they were nice to each other. At my son’s old team, he was being excluded. Not in his school team. They were a real team. When someone made a mistake, they said ‘Don’t worry’. Twice I saw my son stop to pick up a team-mate who was hurt.

I was very proud of my boy and his team. I haven’t enjoyed a rugby match that much for a long time. 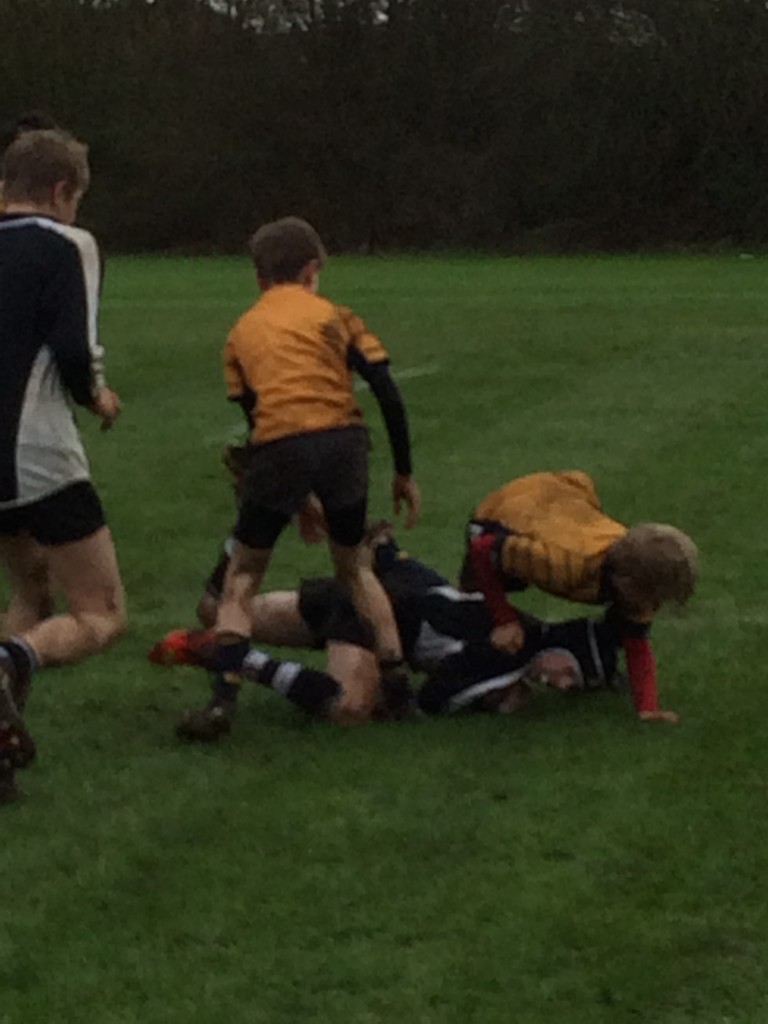