A&E: Trying to do the right thing

Home » Family » A&E: Trying to do the right thing

Regulare readers will know I have this thing about A&E. The thing being that I really try very hard not to go, but somehow always end up there anyway.

I’ve been to A&E A LOT over the years. It was always my boys, particularly my younger son, who were the accident-prone ones, but over the last couple of years, my daughter has really taken the crown. There’s been a couple of sprained wrists, a shoulder injury and the splinter from hell. There were three X-rays last year alone.

And every time I go, I feel guilty. Guilty that I’m taking valuable NHS resources for a girl who will no doubt be as right as rain in a few days.

My daughter had been playing football and a ball was coming at her face. She put up her arm to protect her face and the ball hit her hard.

They thought it should be checked. They weren’t quite sure what to do with her.

So I went down to school to see. She looked pale and a bit sad. The wrist didn’t look quite right. She didn’t know what to do – stay at school, go home, get it checked out, take medicine…

In the end I decided to take her home and give her Calpol.

She went to her ballet class, which didn’t do the wrist any favours, but not her contemporary class.

She had ibuprofen and more Calpol before bed.

The next morning, she was awake at 4.45 due to the pain. This never happens. The pain was actually worse than it had been the previous day.

I spent the morning as confused as she had been the previous day. Should she go to school? Should she stay at home? Should she get it checked?

My feeling was that it was another sprained wrist. I was pretty sure a football couldn’t break a wrist. This is based on what my husband has told me. He has played a lot of football over the years and been hit by a lot of balls. He’s never known one break a wrist.

I was undecided right until the last minute, but in the end I dosed her up with Calpl and ibuprofen and sent her to school. She knew she could always come home if the pain got too bad.

I was impressed when we made it through a whole day of school and hopeful that she might be better when I picked her up.

Her teacher said she’d been very good, but she hadn’t been able to write and she hadn’t moved it much. She thought we should get it checked out.

What could I do? After the teacher says that, you really have to get it checked out!

But first there was the small matter of her tutor. I might have let her miss it if she hadn’t already missed it the previous week due to a headache. So she went to the tutor and we had a very early tea as soon as she came out.

I still really, really didn’t want to go to A&E. But I had a plan! I looked up Minor Injuries Units – they could deal with sprains and minor fractures, so we’d got it covered either way. There isn’t one locally, but there’s one in the next town. Sometimes, it can be almost as quick to get to the next town as it can be to get to our local hospital.

So we went to the minor injuries unit.

I parked a few minutes’ walk away so I didn’t have to pay. We walked there in the wind, rain and dark. I’d checked the website and it had told us the unit was open from 8am-8pm. What it hadn’t told us was that X-ray closed at 5pm. And it was 5.30pm.

We had no choice but to head to A&E, where we had been informed wait time was 86 minutes and there were 18 people waiting. It took us an hour to get there through rush hour traffic.

The waiting room was hot and crowded, but it didn’t look like 18 people. Maybe the wait time would be less? My daughter was seen by triage after about 20 minutes. It was very brief. On a quiet day, you usually skip triage altogether and get to see a nurse who can diagnose and carry out minor procedures immediately.

At 8.15 I asked how much longer we would be waiting. There were three people in front of us. Where? Where were the people? I couldn’t see them.

More than three people were seen.

At 9pm, I asked how much longer we would be waiting.

There were five people in front of us.

HOW? How was that even possible?

Yes, my daughter didn’t have a life-threatening condition, but she was 9 years old. It was a school night and she was tired, hot and bored. We’d tried to avoid A&E and use an alternative NHS resources, but the minor injuries unit wasn’t all we had hoped.

We had no choice but to keep waiting.

At 9.15, they finally called her over. A quick check, a few questions and off to X-ray. Another wait and then the verdict… It was what I’d suspected all along. No fracture, just another sprain.

A splint, some exercises and instructions to take regular painkillers and we were on our way home.

With travel time, that was five and a half hours of my life I wasn’t going to get back. But at least we’d had it checked and didn’t need to worry any more (or look like terrible parents for sending an injured girl into school). 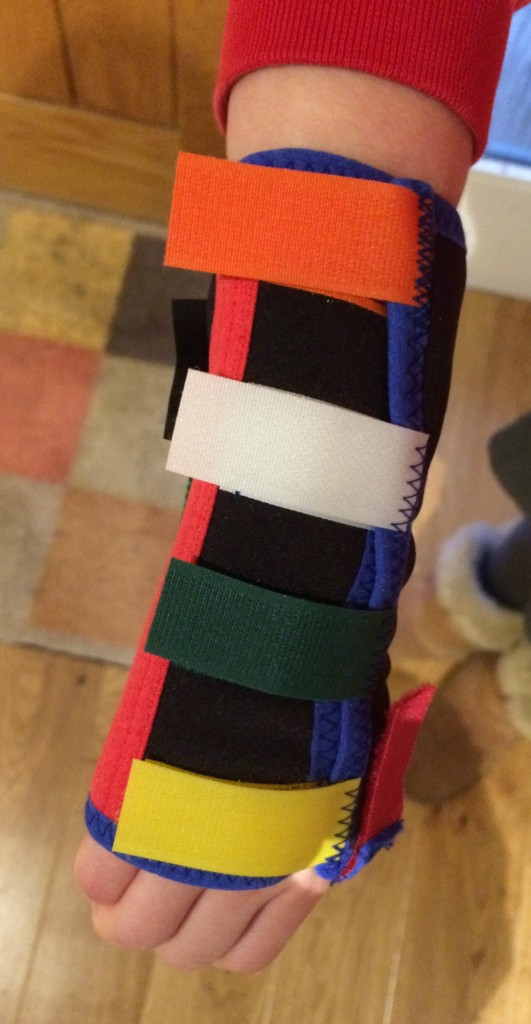