The wrappers get out of hand

Home » Family » The wrappers get out of hand

Every morning, the very first thing I do, before I even have breakfast, is turn the washing machine on. Every single morning. Seven days a week.

A family of five, with three growing kids and an awful lot of muddy sports kit, creates a lot of washing. Often I wash twice a day. On days when I do sheets or towels, it can be as many as four times a day. Washing takes A LOT of time.

And my family have NO IDEA how much time this all takes.

On a Sunday morning, I switched the machine on as usual and went out about my business until it was time to empty it. But something was wrong. It was leaking. The rubber seal inside the door was all distorted and there were metal bits sticking out around it. And, plain to see inside the seal, were previously hidden wrappers from my son’s pockets.

I’ve been telling my son for YEARS not to put wrappers in his pockets, but he doesn’t listen and nothing changes. As he’s got older/ bigger, he’s got greedier/ hungrier and started eating more. More food means more wrappers. It’s out of hand.

But, naively, I never thought it would actually affect the washing machine. It was just irritating.

It was hard work, but my husband managed to sort the seal around the door. But it still wouldn’t work.

So then he went under the sink to check the pipe. Then he pulled open a little door on the front of the washing machine and pulled out lots of wrappers from the filter.

This took a lot of time and there was a lot of water leaking all over the floor.

I’m tired of talking about wrappers. My husband says my son needs to put them in the bin. Like I’ve been saying for the past umpteen years. And he says that, if my son doesn’t put them in the bin, I should remove them from his pockets before putting his trousers in the wash.

Er – no. Why should I? None of this is my fault. I work really hard, seven days a week, to ensure my entire family has clean, dry clothes at all times. It is NOT my job to check a 14 year old’s pockets to make sure he’s not going to block the washing machine.

I’m tired of it. Tired of nagging. Tired of talking about it. And I’m certainly not taking the blame for it.

So I let my husband deal with my son. My son has the chance to change things now. I’m not getting involved any more.

Luckily for my son, after my husband returned to the washing machine for further filter unblocking later in the day, he managed to get it working. But I really hope this doesn’t happen again and we’ve seen the last of the wrappers in the pockets. I dread to think how much the washing machine would cost to fix. 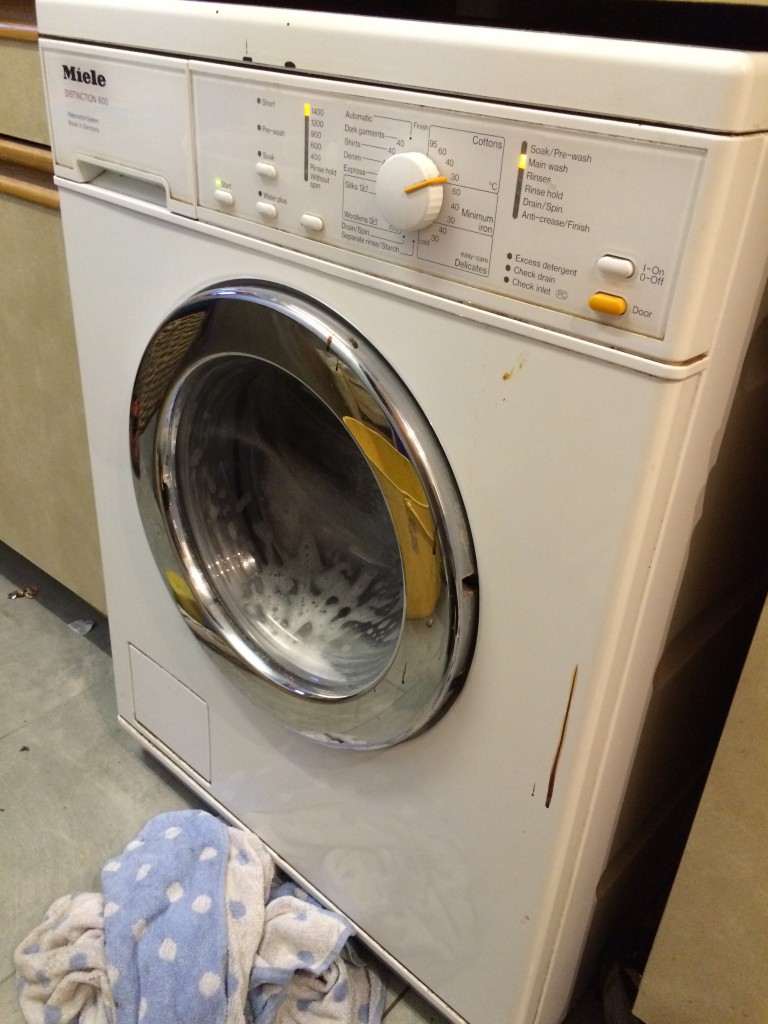