As I dropped my son off ready for his school Christmas concert, I had a strange feeling of deja vu. Surely it wasn’t a whole year since the last one? Now he’s in year 10, these things are starting to become very familiar. This was his third concert! Then I stopped and thought again. No, it must have been his fourth. FOURTH? How did that happen? Sometimes it seems like he hasn’t been at secondary school long. And then I see the year 7s, who are about the size of my daughter and look so sweet and innocent and it dawns on me. Yes, he has been at secondary school a long time.

So there we were again.

This time my son had risen to the heady heights of school orchestra, which is made up mainly of years 11 to 13, plus some teachers and a handful of talented younger kids. When you’re in the actual orchestra, rather than the junior orchestra, you get to wear a black shirt rather than your school uniform. (He borrowed the shirt, tie and even shoes from my husband. Remarkably, he even polished his borrowed shoes.)

We’ve had issues with the orchestra. He wasn’t keen to go and skipped a few rehearsals. Would he cope with it?

But before the orchestra, there were lots of musical acts, including choirs, a jazz band and a folk band (which was awesome, I’d love him to join that). The first half of the concert was mainly about the younger kids.

My son played in two ensembles in the first half – the string group of violinists of all ages from year 7 upwards and senior strings for the older violinists. He looked confident and played well. It was strange to see him playing violin alongside a girl from his primary school, as though nothing had changed in four years (apart from they were a lot bigger and the pieces more complex). 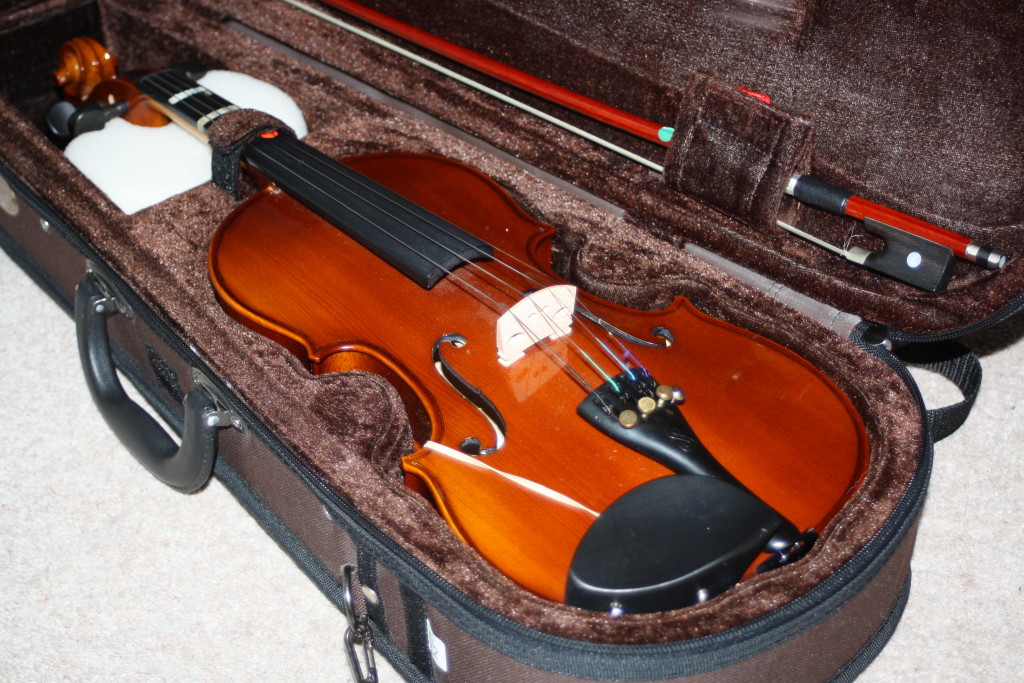 It was lovely to see some of the year 7s who were in my younger son’s class at primary school performing too. It’s strange that we don’t see them or their parents any more (apart from the ones who play football or go to Scouts).

An added bonus of my son’s school concert is they always have a song by primary school choirs at the end of the first half. This year, my daughter absolutely didn’t need to do that. She’d got enough on her plate with the panto and had done two performances that day. But you try telling that to my daughter! The head teacher was flabbergasted that she was taking part, but he knows what she’s like, just as we do.

I was glad she did it as it was their school’s turn to be at the front of the stage and we could see her perfectly (in previous years she has been completely obscured). She walked onto the stage, still with her immaculate panto hair and sang her heart out with so much confidence and stage presence. She was always confident on a stage, but that has grown so much with the panto.

And so to the main event – the orchestra. They saved the best until last (much to my younger kids’ disgust as they were tired and bored and wanted to go home). It was a proud moment to see my son walking onto the stage with the orchestra. His violin journey has been a slow one. He’s pretty good, but has never pushed himself or tried hard. He would never give up though. He likes plodding along and making progress at his own pace. I wasn’t sure I would ever see him in the school orchestra.

But there he was. Playing some very complex, but entertaining pieces. They played a Looney Tunes medley, which my younger son loved, although my eldest wasn’t keen. Then they played a brilliant James Bond medley (although my younger son was disappointed there was no Writing’s on the Wall). A couple of times my son glanced nervously in our direction – I couldn’t tell if he was looking at us or his teacher, but he seemed to be coping with the pressure on the whole.

Afterwards, I could tell how he pleased he was that he’d done it.

And when I asked the all-important question, he shrugged and said ‘Yeah, I think I’ll do it again next year’.

He went way out of his comfort zone to play in the orchestra. I’m so glad he did it!