Five minutes before we set off for my daughter’s second Junior Parkrun, we casually asked my younger son if he wanted to go too. He did!

Within five minutes he was dressed (in a rather strange outfit for running) and I had registered him and printed off the all-important barcode (that way your time is recorded officially and you get all the data about the race).

I genuinely had no idea if he would beat her or not. Yes, he’s a boy. And a lot bigger. And nearly two and a half years older. He’s a fast runner on the football pitch and the rugby pitch and one of the fastest sprinters in his year at school, but he has no experience of long distance running.

He set off steadily, keeping pace with his sister, who now has several Parkruns under her belt and has got the hang of long distance running – knocking about eight minutes off her time for running 5k.

Gradually, he edged forward. He was moving towards the front. He was 100 metres ahead of her, 200 metres, half a lap…

He beat her by a long way, but it had taken it out of him and he was tearful. His chest hurt, his head hurt, he felt sick and was desperate for a drink. This was the boy who, only half an hour earlier, had said he didn’t need to take a drink with him. He was NEVER doing it again.

And he wasn’t the only one who was tearful. My daughter was utterly convinced that she would beat her bigger, older brother, because she’s been doing Parkrun for the last few weeks. She’s highly competitive and doesn’t like to be beaten at anything. It doesn’t matter how many times I tell her she is racing a) against herself and b) against girls of her own age. She wants to beat her brother too.

When the results came through, we discovered that my son had come a very respectable ninth out of 132 runners. He was buzzing at that – ninth was a real achievement. Suddenly the pain was forgotten.

My daughter was fifteenth girl, twelfth in the female under 10s category, and had knocked an impressive 26 seconds off her time from the previous week. But it wasn’t good enough. Her brother had beaten her.

Will my younger son try to beat his ninth place? Will my eldest give it a go and try to beat his brother (or risk getting beating by him?). Only time will tell, but I do know that my kids are rivals and will keep pushing themselves and each other to do better. 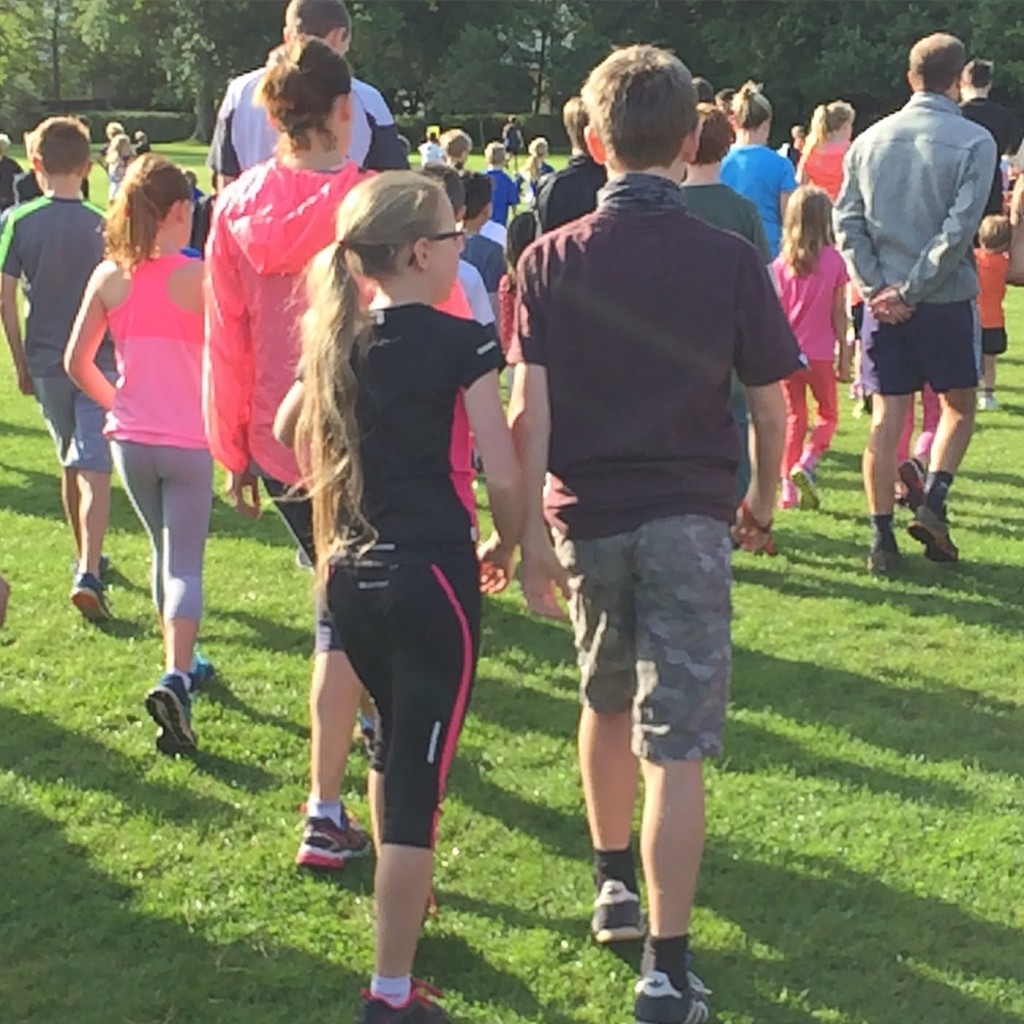