My daughter, my little girl, my baby is going into year 5. How is that even possible? Surely she’s only just started school? Surely she’s far too little.

But, no, my little girl really is starting year 5.

She’s not so little any more, although that’s hard to remember sometimes with your youngest. Because she’s still a lot smaller than her brothers.

Year 5 just sounds so grown up. Year 5 is serious. Year 5s have responsibilities. Year 5s get picked for school teams. And year 5s start getting just a taste of the pressure of year 6. There’s CATs (cognitive ability tests)(unless they’ve stopped those under the new curriculum, who knows?). And the grammar school test is only a year a way (already? how? I’ve only just recovered from my son sitting it), so this is the year my daughter needs to start working for it.

Maybe it’s because she will be on her own at school, without her brother. She’s never had to pay in the dinner money or take the letters home – she’s always had a brother (or brothers) to do that for her. It’s a small thing, but she still says she’s going to find it weird. Or maybe it’s because she will miss her amazing year 4 teacher, but my daughter doesn’t want to be a year 5. She’s always looked forward to moving up a year, but she doesn’t feel ready for year 5.

The end of primary school is in sight for us both now.

I’m not sure I’m ready for year 5 either. 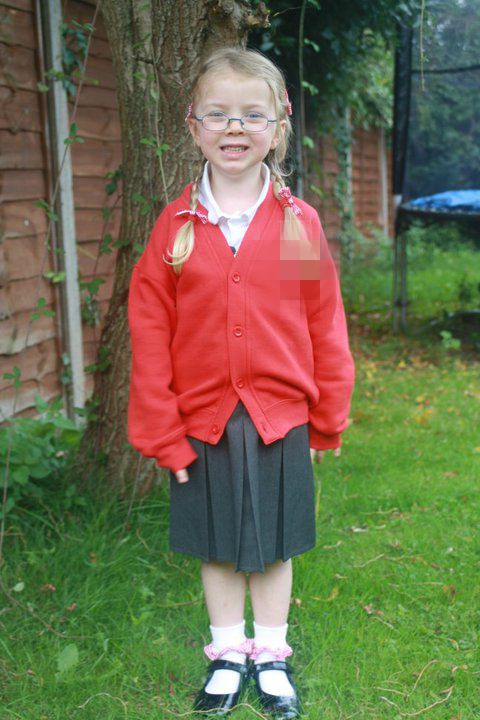 The way she was – starting school