We go to Padstow on holiday every year without fail. This year, we decided to stay somewhere different, after three years at The Sailmakers, aka my favourite holiday house in the world.

The important thing for us was to be as close to Padstow town centre as possible. We were also looking for the two big things that Sailmakers lacked – Wifi (seriously – can you imagine a holiday house without Wifi in this day and age?) and outdoor space. Which is how we stumbled across One High Street. 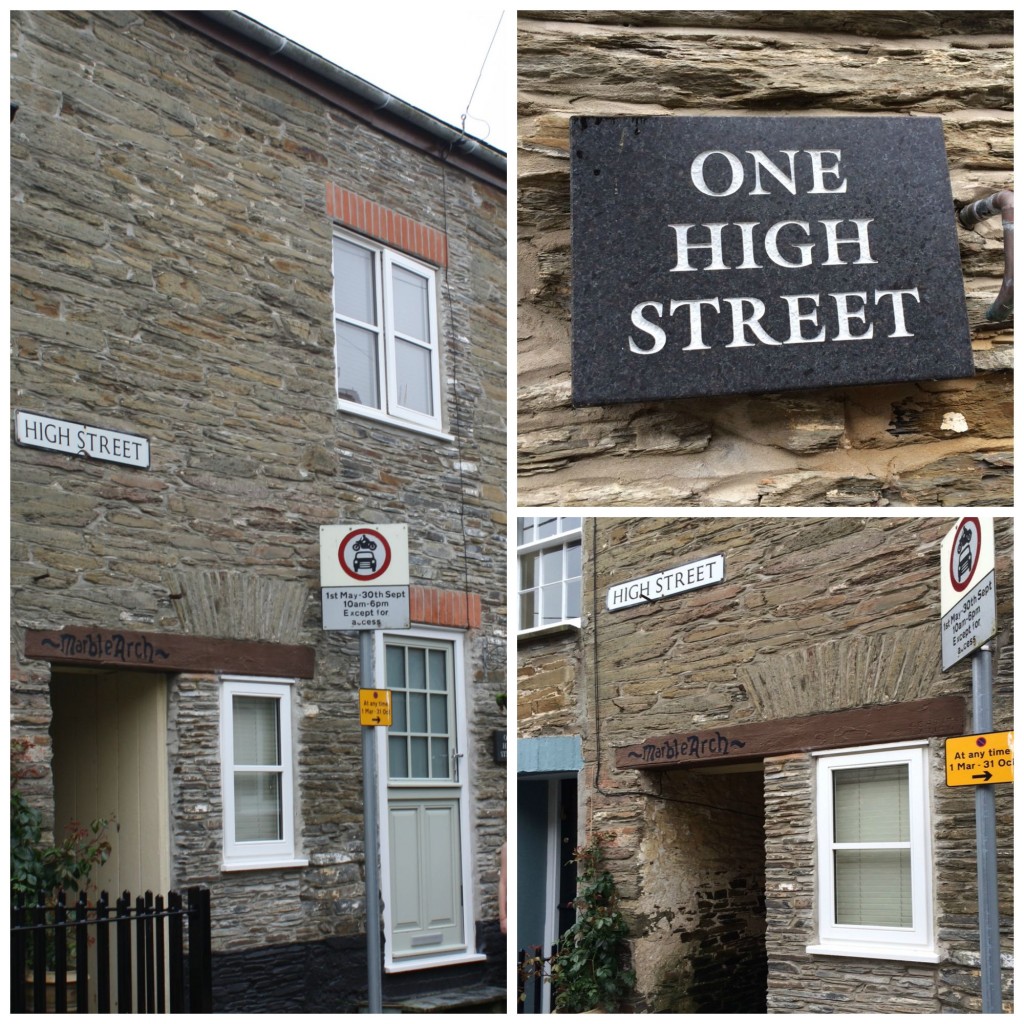 Like Sailmakers, it’s very close to the town centre – about a three minute walk (although it takes longer to walk back as it’s up a steep slope).

It has four bedrooms, which is a big bonus. But I was surprised at how small it was! At first, I thought it was too small for us – our own house is big and we’re used to the space. Sailmakers is very big too, despite only having three bedrooms.

In actual fact, the downstairs is quite a lot smaller than the upstairs. The house comes with its own covered parking next to the front door (and pretty difficult to manoeuvre into). You walk straight into a small, but modern kitchen with a huge five ring hob. The kitchen is equipped with a dishwasher and washing machine, which are both essential to me for a self-catering holiday. I know that many people want to take a break from housework on holiday, but I’d rather do some washing while I’m away than have it all left when I get home. And I NEVER want to wash up on holiday. Washing up is definitely not a holiday! 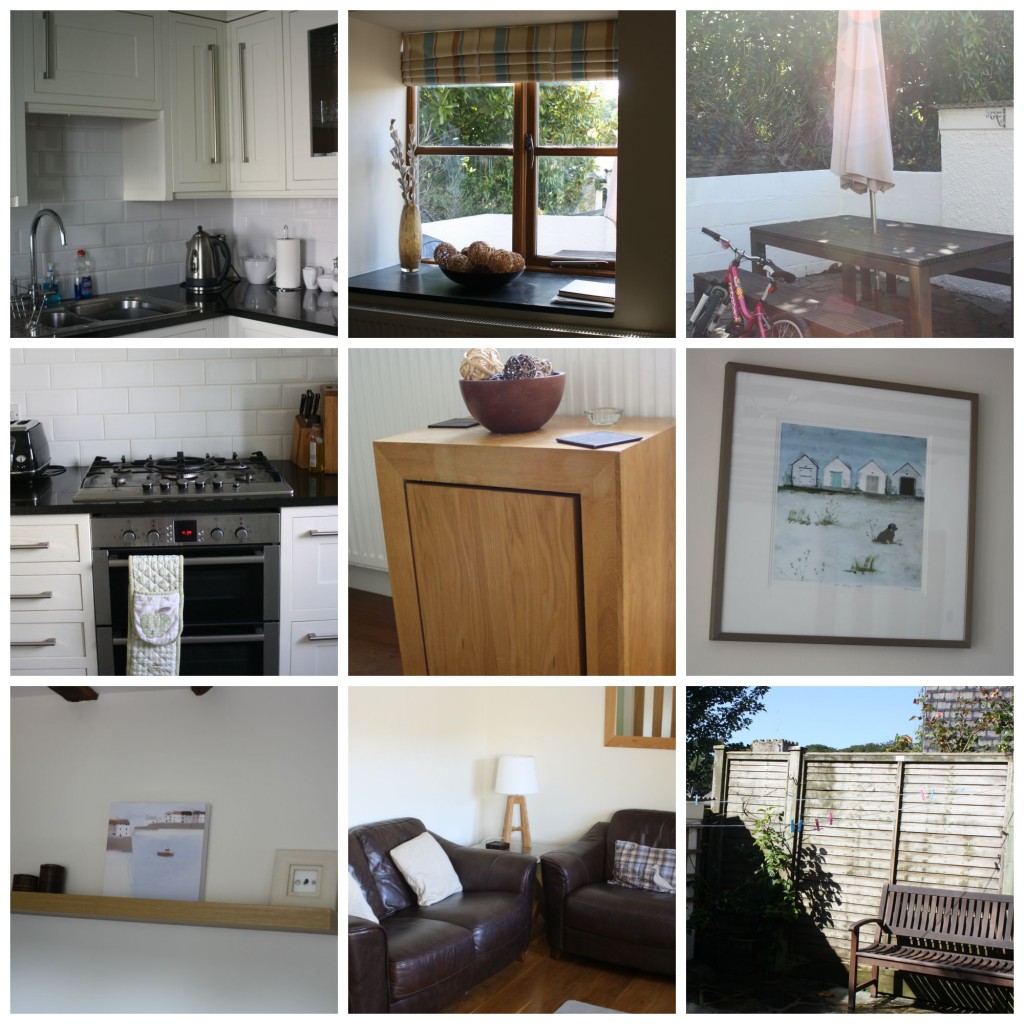 The kitchen leads into a small lounge and dining room, which is very tastefully decorated.

There is a small enclosed patio, equipped with a table, a really good barbecue and a washing line, plus a box containing essential beach items, like spades and a windbreak. The patio was also very useful for storing our bikes safely.

The stairs come off the kitchen and lead to a small landing with four bedrooms and a bathroom. The biggest bedroom also has an ensuite, with a very powerful shower. I do miss having a powerful shower at home!

There are two double rooms, a twin room and a room with bunk beds. The bunk bed room is pretty small, but the other bedrooms are all a good size. I thought the master bedroom was bigger than ours at home, but my husband thought it was smaller – just that it’s less cluttered than our room at home! Again, they are all tastefully decorated and all have their own individual style, while fitting in with the overall style of the house. There are lots of seaside pictures in all of the rooms. 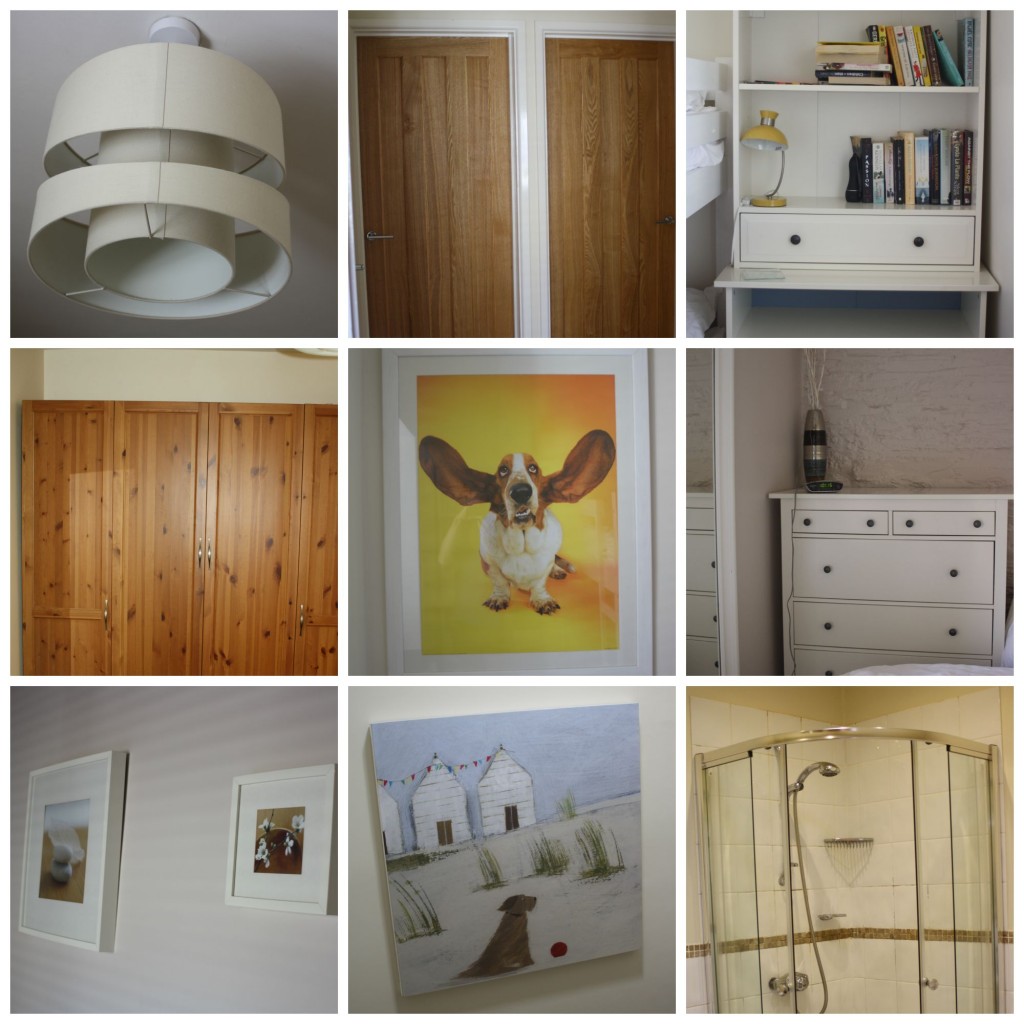 The house is described as sleeping six plus two, rather than sleeping eight. Although there are enough beds for eight, the house really would be a squash and a squeeze with eight people staying and the dining table only seats six.

One High Street is a lovely house and we would definitely consider booking it again. I miss the space, but I do like the way it is decorated and the whole family was very happy to have Wifi (possibly a little too happy in some cases!).

My biggest complaints were the lack of recycling facilities (apparently this is because collections are every two weeks and guests wouldn’t like other people’s recycling hanging around, but other houses we’ve stayed at have always found a way round this) and too many threatening notices around the place – telling you to take your shoes off and clean up after yourself. Seriously? I think we all know how to look after a house. I found that a little insulting and it’s not something I’ve ever come across before. Oh, and there was the discount card…

Due to the Scout camp and the dates One High Street was already booked up, we ended up going on holiday at the very end of August, which wouldn’t be my first choice because of the darker evenings. The weather was also appalling, but that’s pretty standard for us. Every year we question whether we should go back to Padstow the following year, but every year we do.

One High Street has a Gold Award from the English Tourist Board. It can be booked through Harbour Holidays and bookings for 2016 have just opened. It costs £1,420 per week in high season.

This is not a sponsored post. We pay for all of our holidays with our own hard-earned cash! If ever we are lucky enough to be offered a holiday to review, I will be sure to let you know.