Cycling in Amsterdam with my daughter

Home » Family » Cycling in Amsterdam with my daughter

Cycling is absolutely the best way to get around Amsterdam. It’s what the locals do and it’s great for tourists too. It’s a great activity in itself, but is also a good way to get around and see the sights. When I visited Amsterdam with my husband a couple of years ago, we absolutely loved cycling, but it was pretty treacherous. I wasn’t sure how it would pan out with my daughter in tow, but I really wanted to try it again.

The Dutch transport their kids, up to about my daughter’s age, in a variety of wooden and plastic boxes attached to their bikes. Some, but by no means all, are purpose-built. It’s not uncommon to see a parent riding a bike with two kids on it. And absolutely none of them wear helmets.

The hire place offered us a ‘bike for the little one’, but there’s no way I’d unleash my daughter onto the streets of Amsterdam – riding on the right, vans and mopeds appearing out of nowhere and bikes weaving in and out of the traffic. So we opted for her sharing a tandem with my husband. It wasn’t really built for a child as her feet could hardly reach the pedals, but it worked. Dutch bikes don’t have brakes – you brake by turning the wheels backwards, which is really hard to come to terms with. So I was happy to pay an extra €4 (only about £3) for a bike with proper brakes. We also used a lot of cycle paths on main roads, which were actually less treacherous than the quieter, cobbled streets alongside the canals, where you’re sharing space with cars, vans, pedestrians and mopeds. 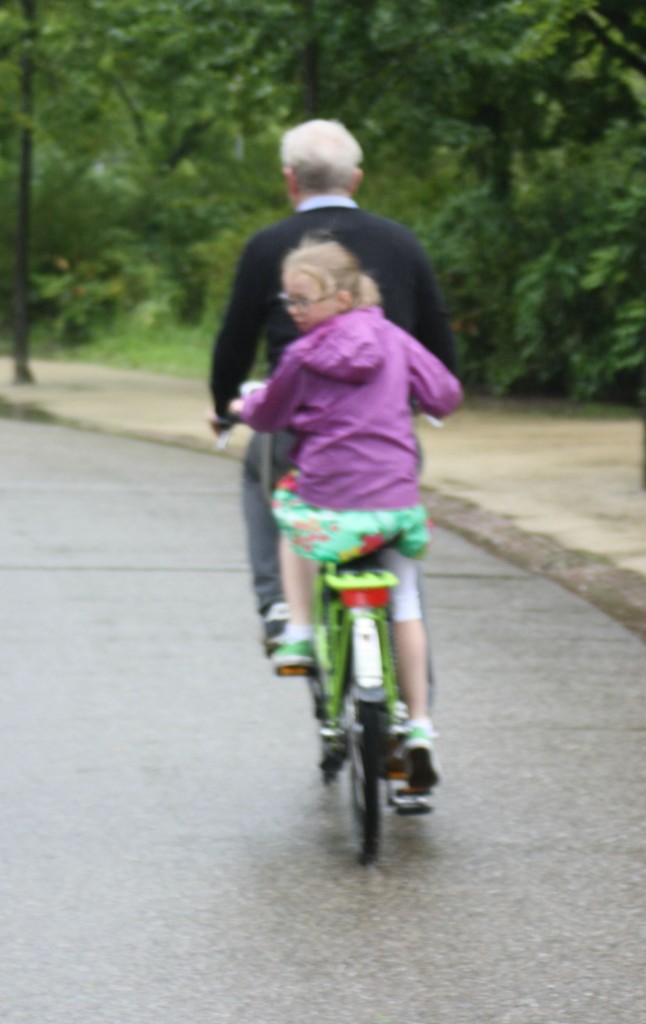 We don’t have much luck with weather on holiday. We’ve spent many a day in Padstow in August with it 12 degrees and raining. We went to Barcelona in May when it was 18 degrees and all the Spanish people were wearing coats because it was so cold for them. And so we arrived in Amsterdam two days after the biggest summer storm the city had seen in over 100 years. And it was still raining.

But we loved cycling. It felt like we saw the whole of Amsterdam. We cycled over so many canal bridges, we did two laps of Vondelpark and we cycled over to the zoo. It poured with rain and we sheltered. My husband, who thought he wouldn’t need a coat, ended up buying a poncho (as, it seems, did half of the tourists in Amsterdam) and we kept on riding through puddles that were verging on floods. I had never seen as many umbrellas in my life as those I saw queuing outside the Van Gogh Museum. Oh, and the Dutch way of avoiding the rain while cycling? Just carry an umbrella! 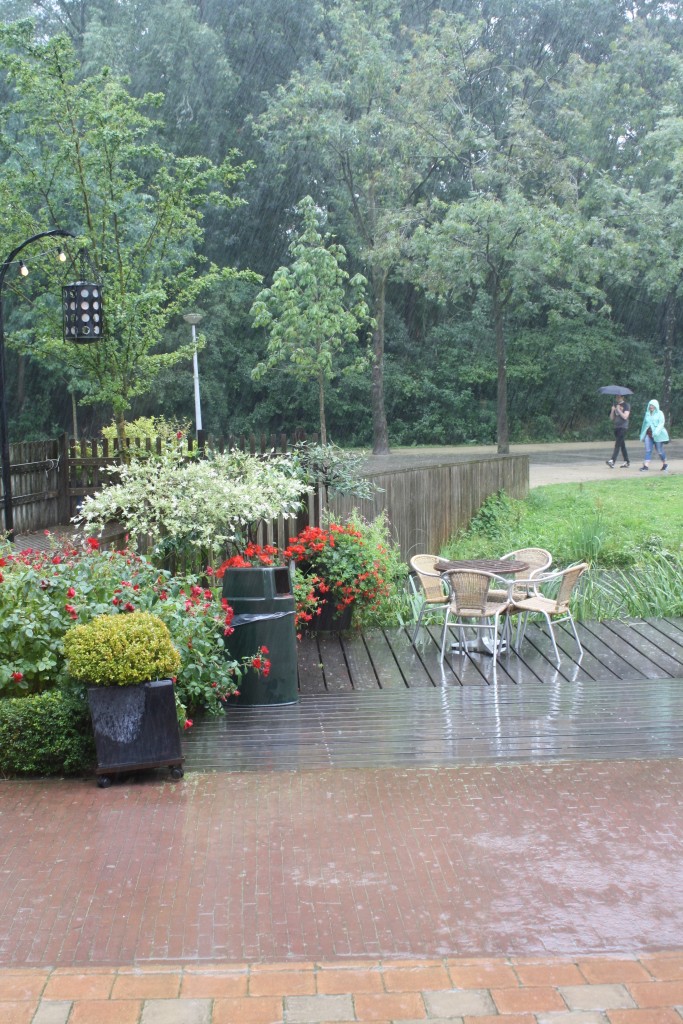 The weather when we were cycling

My daughter loved it so much she wanted to do it all over again the next day.

And the good news is, I didn’t feel scared once. Not once did I think either my daughter or I was in any danger.

I would definitely recommend cycling with kids in Amsterdam. 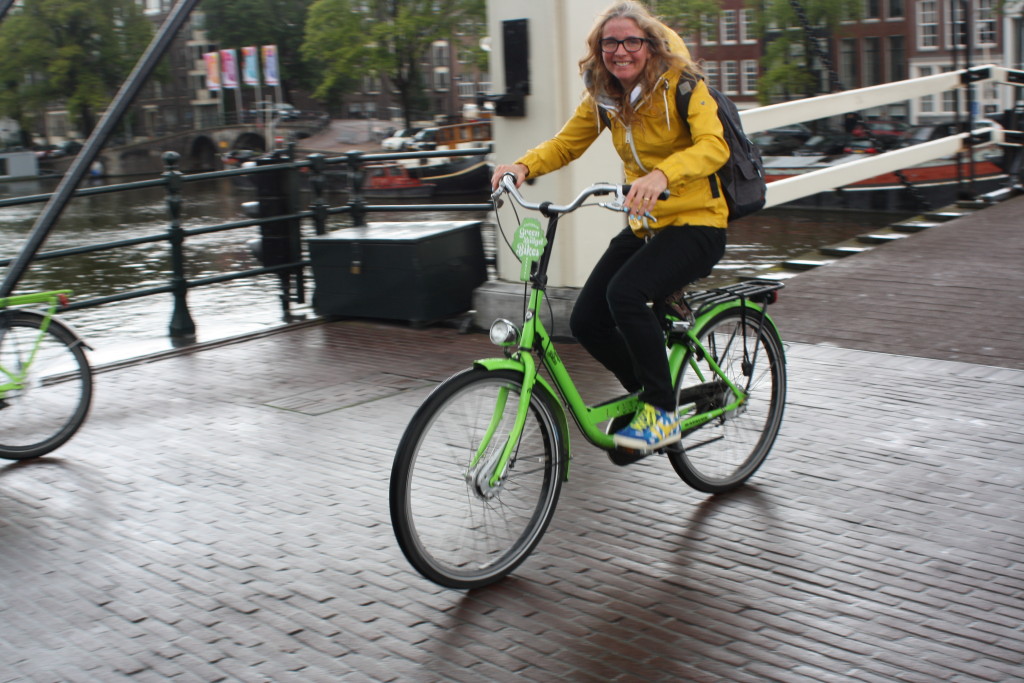