But she didn’t say it. Because there was something to worry about.

My daughter had been doing handstands and had fallen awkwardly on her shoulder.

‘So would you be able to come and get her and take her to the doctor or A&E?’

I picked up a rather pale looking girl, supporting her left arm with her right.

What to do with her? Because I really, really didn’t want to take her to A&E. Our family’s trips to A&E are almost legendary. They would be funny if they were happening to someone else. It’s embarrassing how often we end up there. Do we rush there too soon? I’d like to think not, but I genuinely don’t know.

In terms of the pain, she said it was worse than the various sprained wrists and ankle injuries she’d had over the last couple of years, but not as bad as the broken finger. When I thought about it, a broken finger would probably hurt more than a fracture on the shoulder or collar bone just because of the sheer force of being crushed by a heavy front door. My eldest fractured his shoulder falling off a bed when he was 2. We’ve known of various kids over the years who’ve broken collar bones falling in the playground.

I gave her Calpol, because she was clearly in a lot of discomfort. I knew the sensible thing was to take her to A&E, so we did. 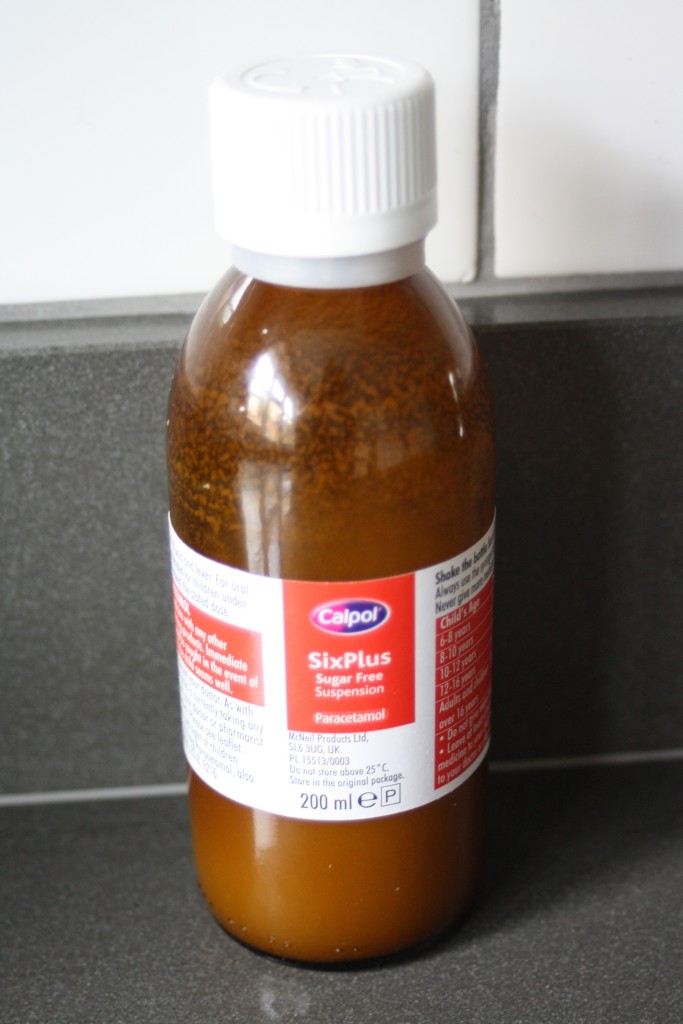 We walked into the room.

Oh the shame! The exact same person who’d treated her for her broken finger – nine weeks to the day before. My daughter flashed the finger at him, still with a very nasty looking black bruise.

I let her do all the talking, so I didn’t look like bad mother. My daughter isn’t great at doing the talking and keeps looking at me for reassurance.

The doctor checked her over thoroughly and located the pain and the movements which caused the pain. His feeling was she shouldn’t be X-rayed as it’s bad to have too many X-rays over the course of a life (she’d already had one for her bad foot as well as her finger this year). But he checked with a colleague, who said 9 year old’s bones break and dislocate very easily and they can sometimes be very difficult to spot, so it was important she had the X-ray.

The doctor went over the X-ray very thoroughly with a colleague to check they hadn’t missed anything and was satisfied it was clear. Apparently she’s bruised the rotator cuff muscle, which is a muscle in the shoulder. It’s pretty painful because it has no room to swell, so it swells and sits on a nerve. In an adult it would take four to six weeks to get better, in a child it’s likely to be two to three.

She’s got no sling. The only treatment is painkillers and as much movement as she can manage. She’s not banned from dancing, she just has to be sensible.

She’s not happy. She spends most of her time supporting it with the other arm, which is uncomfortable for that arm and leaves her unable to do much. She went to dance the day after. There was no way she would miss that. She’s angry that it’s going to hurt for so long.

How many times have we told her to be careful when she’s doing handstands and cartwheels? Just the other day, she’d taught herself to do a handstand and go down into the bridge – a scary thing to watch, but very impressive.

She’s had a bad year. There was a time when it was my boys who were always at A&E. I don’t know if she has a low pain threshold and over-dramatises things or if she’s genuinely in a lot of pain. Certainly she wasn’t faking when she broke her finger – the evidence was on the X-ray and her finger is still black and swollen now. The school certainly believe her – they rang me precisely because she’s not one to make a fuss.

Personally, I think she is in pain and she’s been unlucky this year. She’s an adventurous, active girl and that’s what happens. Now I’d like to avoid A&E for the rest of my life, please.