There was a time when we thought it would never happen, but last week my daughter finally got her chance to shine in her audition for a Junior Associate place at the Royal Ballet.

The odds are MASSIVELY stacked against her. They audition around 700 children for only a handful of places, but we’ve only ever seen it as an honour and a privilege to even be considered good enough to audition. I’m so proud of my daughter and her talent, and grateful to her teacher for spotting that talent and putting her forward for the audition.

I was pleased to see the girls weren’t all tiny, skinny things. They were all shapes and sizes from tiny and skinny to tall and slightly chubby, with my daughter falling nicely in the middle.There were leotards of all colours and girls stretching, pointing their toes and doing the splits. It could have been showing off and attention-seeking behaviour, but, most likely, it was just a love of dance that they can’t control. My daughter does this at home. All. The. Time. She simply can’t stop dancing, although she is less inclined to do it in a public place. The girls all had numbers pinned to them, front and back, then took tiny little ballet steps off through a door, following a teacher and two judges. And they were gone.

I was pleased there was another girl from my daughter’s ballet school there. So I went for a walk with her parents to kill time (and help me get back to the railway station a less indirect route!). Before we knew it, the girls were back.

They skipped back through the door, every one of them smiling and flushed.

My daughter was happy and she’d enjoyed herself. The audition had been hard physically, but not technically. It was like a nice lesson, it didn’t feel like they were being judged. She did her best and she smiled. She told me about one girl who was way better than the others and a couple of girls who were nowhere near as good, but on the whole the others were of a similar standard to her.

Will the judges have seen something in her that they want to see again? Will she make the grade?

We’ll find out in a couple of months, but If I’m honest, I don’t think so and I’m not holding out any hope. I’m just happy that my daughter has had this experience and it’s something she can always remember and be proud of. 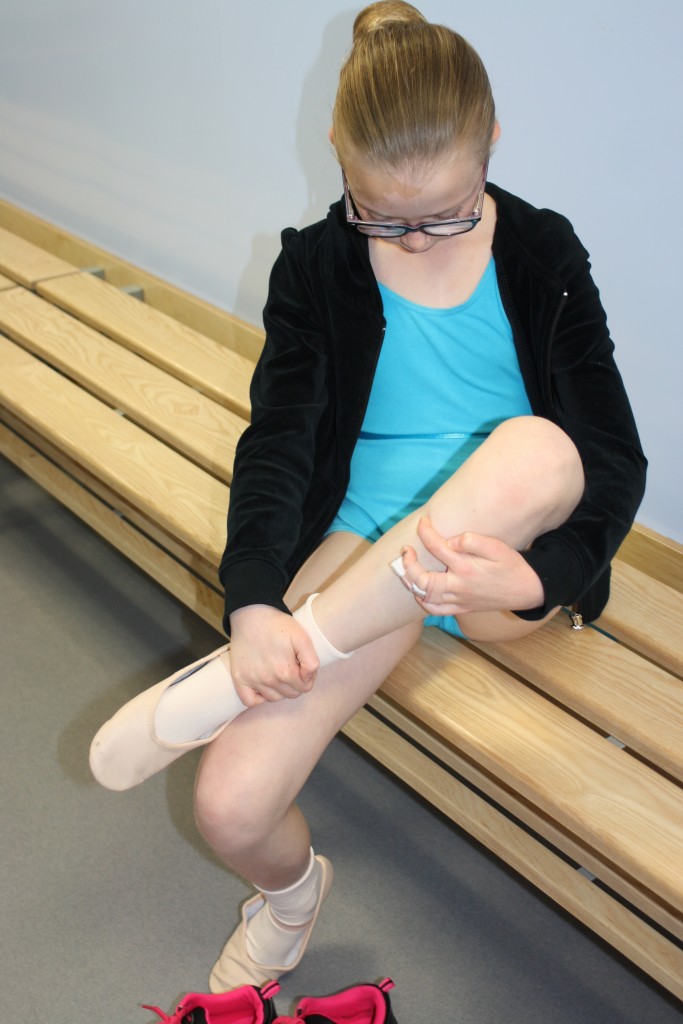