It’s been about a month since I set new screen time rules for my kids. They were very specific and I wasn’t sure how they would work, but I promised I’d report back!

There were people who thought my rules were too strict and plenty of people who thought they were very generous – it turns out that lots of kids only get an hour of screen time a day. But I was confident they were the right rules for MY family. The rules had to be specific because I know that, if every eventuality isn’t set out clearly, my kids will find a loophole and exploit it. As they’re far from toddlers who go to bed at 7, there’s still plenty of time in a day to fit in two hours’ screen time, even after homework and dance lessons.

So how is it going?

There was, unsurprisingly, a wobbly start.

On day one, my younger son sat with the saddest face I’d ever seen. There were tears.

My eldest was just angry. There was a lot of shouting at me. I didn’t follow much of it, but the words ‘my age’ cropped up quite a lot.

But I was determined. I stuck to my guns.

I was impressed that my younger son pinned the rules up in his room.

And, as it happens, it’s worked very well. I haven’t actually needed the kids to tell me when they’re going on a screen so I can start timing them and I’ve rarely had to confiscate devices at the end of the day, because they’re policing themselves.

My younger son, who was becoming a hermit, sat in his dark room watching endless YouTube videos on the iPad, has really embraced them. He’s got himself into a routine. He does his hour on the Xbox straight after tea (approximately 5.30 to 6.30), then he usually does 10 minutes on his iPad to FaceTime one of his friends. He has his final 50 minutes just before 8pm, because apparently the new YouTube videos he wants to watch (mainly Stampy and other gamers) are uploaded quite late in the day. In between times he’s out of his room and talking to his family, reading a book or kicking a ball around the garden. I’m happy for him to be shut away for those two hours, because I know he will be sociable the rest of the time.

There have been a couple of isolated incidents of my eldest’s Kindle or phone under the bed covers. But, on the whole, after that first stressful day, the rules have really worked. Screen time in our house was really getting out of control. Now it’s back in its rightful place as just one activity the kids take part in, rather than the only thing they do. I’m so pleased I cracked down on it. 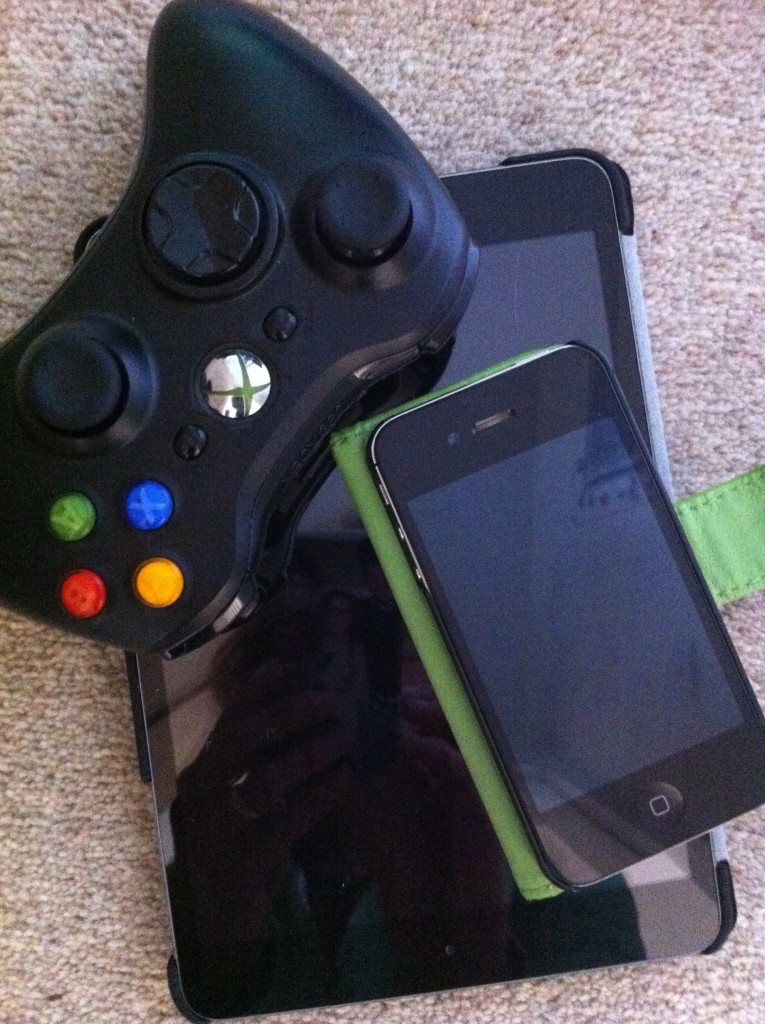