Our kitchen has been changing since January. That’s when the wall was knocked down to make the kitchen and dining room a big open-plan space and we just lost the wall cupboards on that wall.

At that point, we weren’t sure when work would start on the kitchen proper, so we started to get prepared. First, my husband moved some crockery and some of our food into the utility. And I spent the next two weeks going to the wrong cupboard to put things away and get them out.

I’d just got that sussed and some more things moved – the cutlery moved to the drawer in the utility. And I spent two weeks going to the wrong drawer. Random things moved to random places, wherever they would fit – spare kitchen rolls and spare toilet rolls obviously go in the airing cupboard, right?

The kitchen fitter wasn’t ready to start as early as we’d first planned, but we had our entire kitchen delivered ready anyway. We had bits of new kitchen in the dining room, on the landing, in the kitchen, in the hall and in the garage. The only way to get into my bedroom is to turn sideways, the gap between the kitchen cupboards in the hall is so small.

While we waited for work to start properly, the kitchen fitter did the odd day here and there at weekends. So he took out some more cupboards. And where had the fridge gone? It was in the utility, where the tumble drier used to be. Of course. I spent two weeks going to where the fridge used to be, anyway.

My work surfaces were getting smaller. I was increasingly forced to use the draining boards to make packed lunches and chop vegetables.

And then the big one. The sink went. 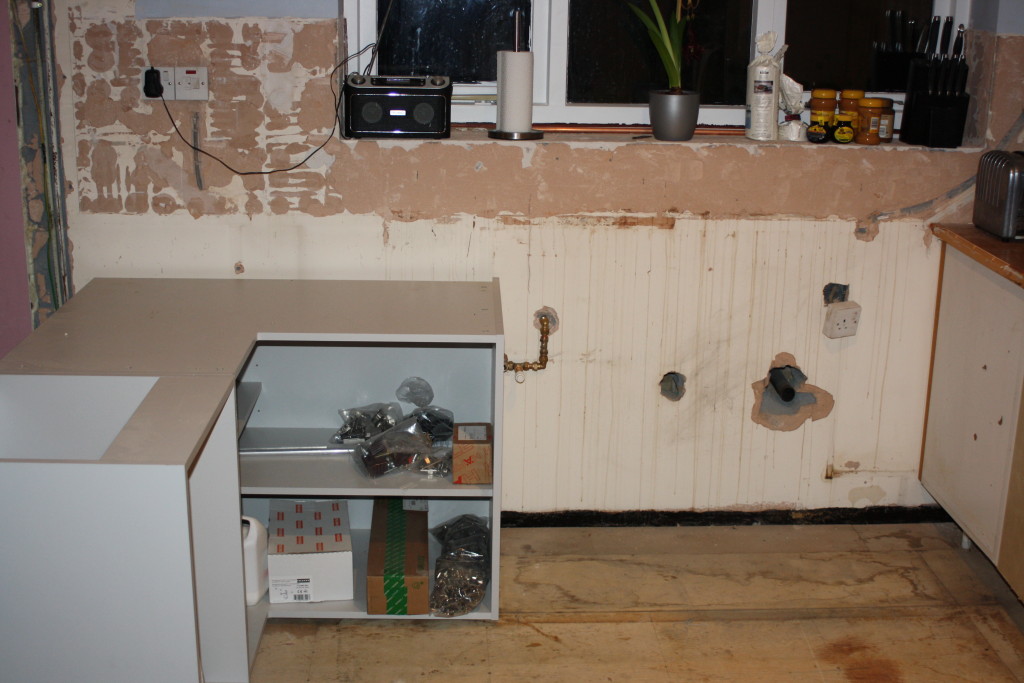 The sink was useless. It leaked and we had to keep a bowl in it, which I had emptied in the utility countless times a day. But I’d rather that than use the utility sink. I hate the utility sink. I’m a bit funny about (aka obsessive) hygiene. I like taps I can turn on using only the heel of my hand. I don’t want to put my fingers on taps and turn them with my hand. People have had their dirty hands on those taps! So I really, really hate using the utility sink (and, yes, I do clean it, but it never looks clean and I just hate those taps).

I’d rinse plates for the dishwasher in the utility sink, then wander off into the kitchen to wash my hands, as I’d always done. But the sink wasn’t there any more! You guessed it, it took me two weeks to come to terms with that.

And now it’s all gone. The cooker is gone. There’s no surfaces, no cupboards, no sink and nowhere to cook. 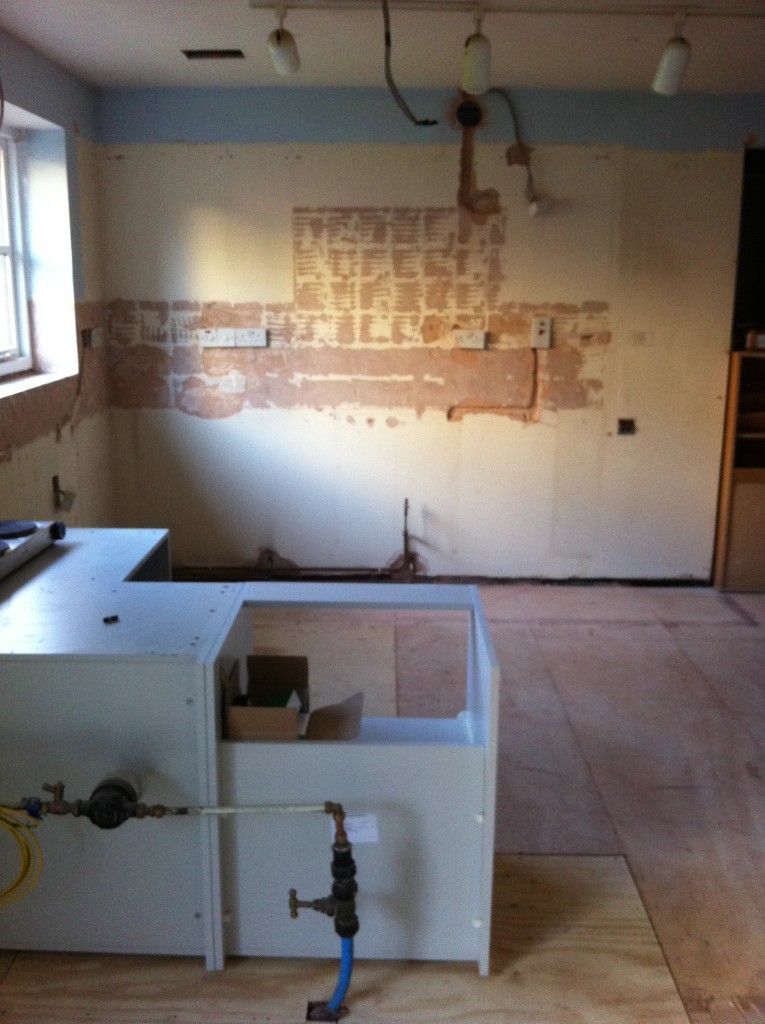 And there’s a flipping great dining table mucking up the feng shui and blocking the view of the telly in the lounge. 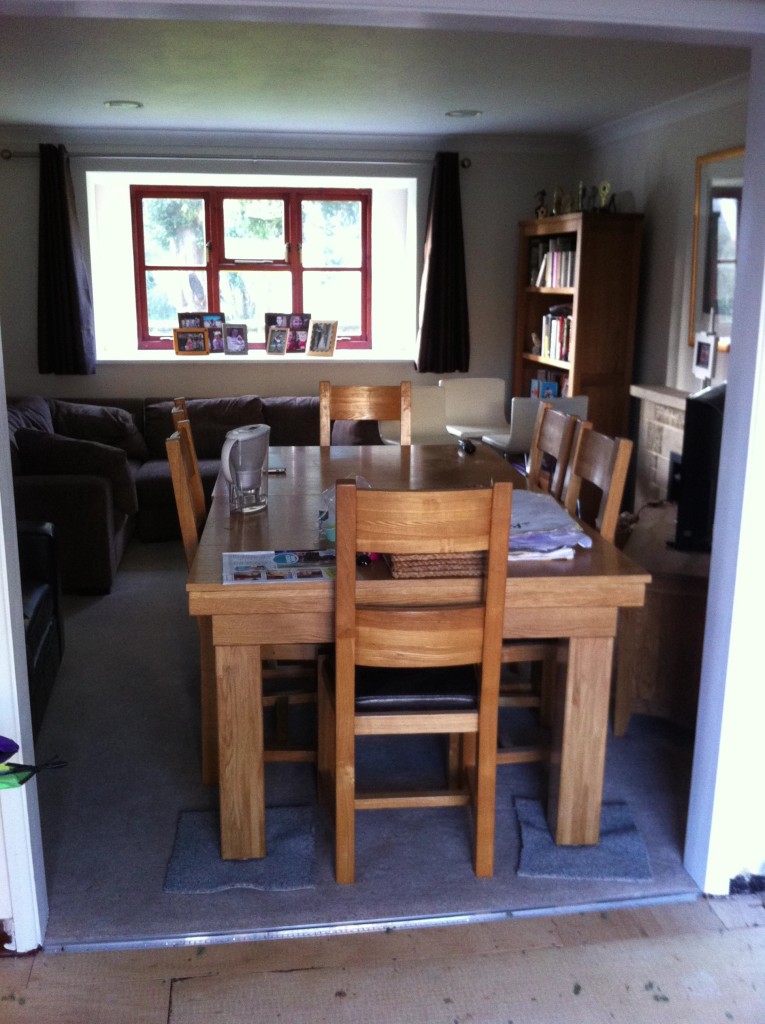