The Santa Train is our oldest Christmas tradition. We started going on the steam train to see Father Christmas when my eldest was 18 months and it’s a tradition which is still going strong 12 years later.

We go on Christmas Eve, just after lunch. It’s the real start of Christmas for us. After the train, some of us go to the carol service in the church, followed by a Christmas Eve tea at our house with my parents, sister, brother-in-law and niece.

The train trundles through the countryside for 20 minutes, then everyone gets off onto a platform which is straight out of the 1940s and decorated like something from Narnia, to go and see Father Christmas. After visiting the Big Man, it’s back on the train with your present to head back.

It doesn’t have quite the magic it had back when our kids were tiny, but somehow it’s a tradition we can’t give up. We planned to give up once my eldest left primary school, but that didn’t seem fair on the younger kids, so we decided they could all go until the end of primary school. The plan for that first year was for me to take the younger two with my mum and dad and for my eldest to stay at home with my husband. In the end, my younger son was too ill with flu to go anyway, so my eldest got to go in his place after all.

This year, we’ve broken the ‘secondary school rule’ because we’re all so desperate to see how my lovely niece, who is very nearly 2, will react when she sees Father Christmas. Neither my husband nor my eldest can bear to miss out on that special moment, so today we will once more be back on the Santa Train. With another niece or nephew on the way, we could be going on the Santa Train right until my kids are all grown up! 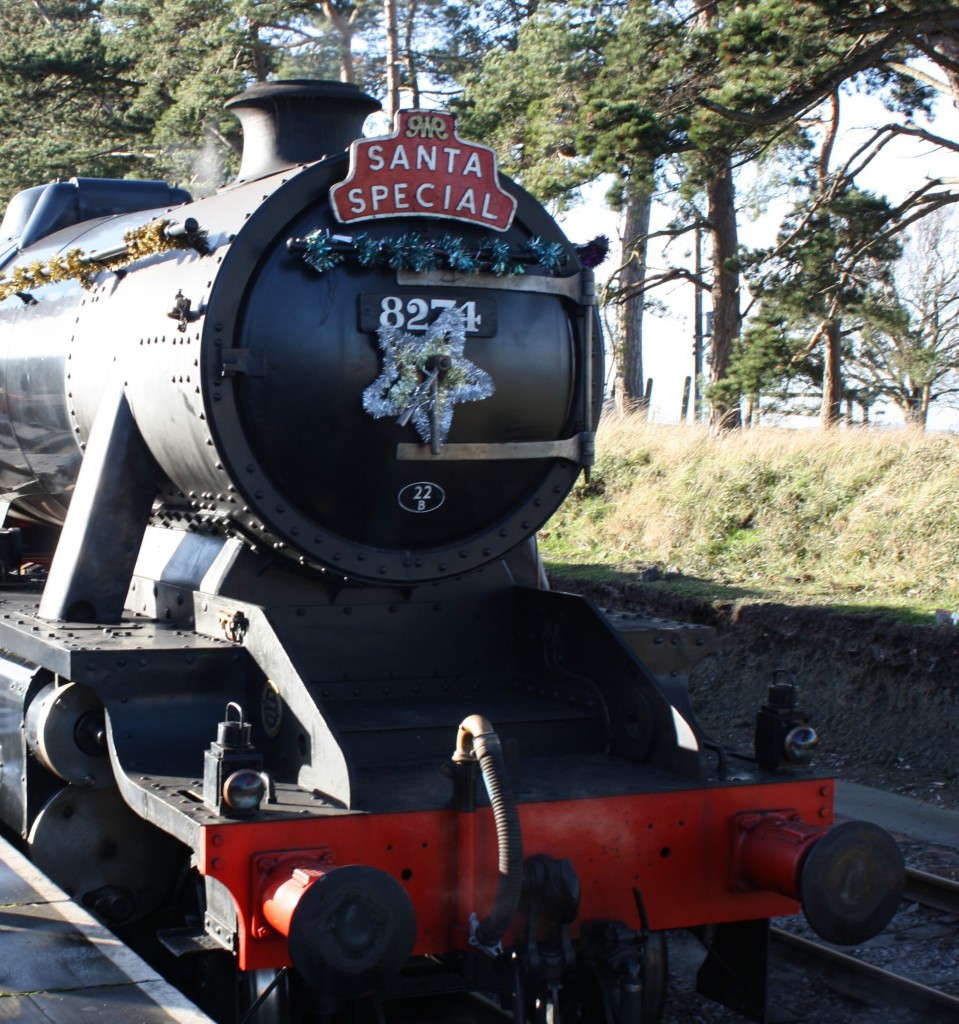