Only a few months ago, I would have had to give The Gallery a miss this week. Because we didn’t have any pets. And I really didn’t have any plans to get them either. But one day I started thinking about guinea pigs. I’d never thought about them before, but suddenly people were telling me what good pets they make and, before we knew it, we were the proud owners of Eric and Daisy (who is also male).

I know people always say it and now I genuinely believe it. Having pets really does make your life better. Yes, they’re ‘only’ guinea pigs – they’re not a faithful dog (and I won’t ever be trading up for one of those, believe me), but I love these small, furry creatures more than I thought possible for someone who isn’t an animal lover.

When we got them, Daisy used to keep running out of the bedroom at the speed of lightning. We thought Eric was bullying him. Now it turns out that Eric is as soft and gentle as it’s possible to be, it’s Daisy who is the ‘naughty’ one. She nibbles clothes and has been known to actually bite. 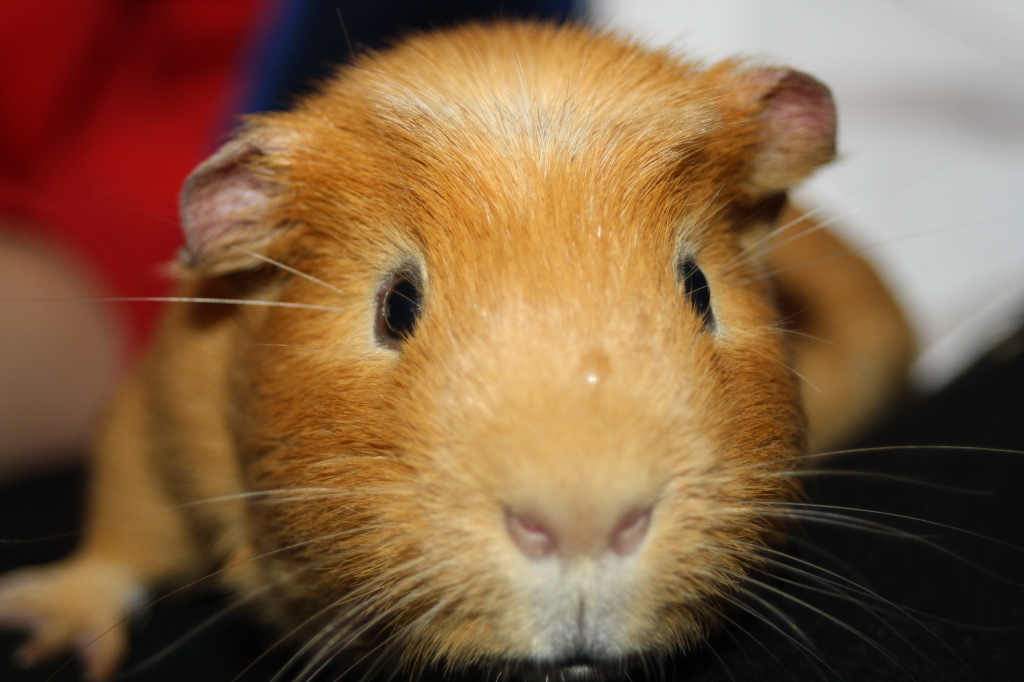 At first, Eric was a bit fluffier than Daisy. We thought he was medium-haired. It turns out he was long-haired. His fur is an endless nightmare as it’s forever getting matted with sawdust. We brush him every day, but he still gets matted. We often cut the worst clumps off him and have even been known to give him a trim with my husband’s razor. He’s such a lovely guinea pig but, given the choice, I would probably have gone for a short-haired one. His fur stresses me out. This is because one of my beloved rabbits from when I was younger had very matted fur. He got poo stuck in it and we couldn’t clean him up. I always blamed him dying on getting poorly from the matted fur.

Now it’s cold and damp, we don’t get them out for a run, apart from a short run on the patio. Guinea pigs are not like rabbits, they’re used to warm weather and the damp disagrees with them. Eric’s long hair can get very wet on the grass and it’s not healthy for him to return to a cold hutch when he’s damp. I’ve invested in a thermal hutch cover because I’m terrified of anything happening to them in the cold. Despite our house being a good size, there is nowhere obvious to keep a pair of guinea pigs indoors. 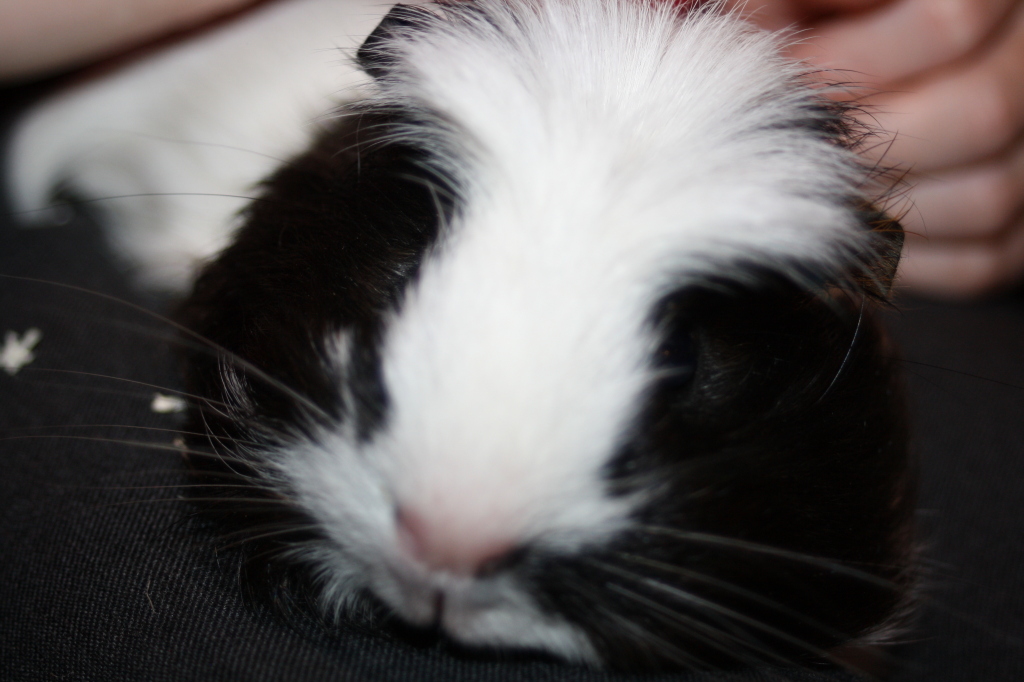 Predictably, the kids are nowhere near as bothered about them as they were at the start. They do still feed and clean them (with relatively few complaints too), but they do need reminding. In the early days, my eldest was straight out to the garden to pick up the guinea pigs as soon as he got home. Now? Not so much. My daughter likes to hold them and stroke them, but sometimes needs help in catching them and always needs help locking the hutch. My younger son likes them, but prefers not to hold them. He is always worried he will hurt them, even though we’ve told him he won’t.

Now the evenings are dark, I am trying to instil some discipline in the kids – guinea pig care as soon as they get in from school. They need to feed and clean them and get them out to play with them before it gets dark. It’s helping them to learn about responsibility, even if they sometimes moan about it.

We’re not pet people at all, but I’m so glad we took the plunge and got our first family pets.