My 10 year old son loves K’Nex, so was very happy to have the chance to build his own creation for the K’Nexpert competition. His model might be small, but it’s very interesting!

This is my son’s moon buggy. It is reversible, with reversible eyes that can be flipped to face in the other direction. It has four arms, which all tuck away. The wheels all change direction to go forwards, sideways and round in circles. He’s made all the colours in his moon buggy symmetrical so it looks good from all angles.

He came up with the idea because he enjoyed his space topic at school and was particularly interested in lunar landers. The moon buggy is made up of 82 pieces.

But who needs words, when you can look at photos? My son has photographed his buggy and labelled it so you can see exactly what it does! I hope you like it. 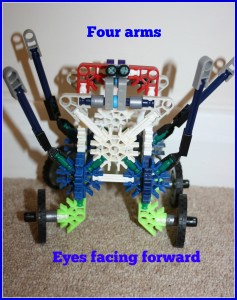 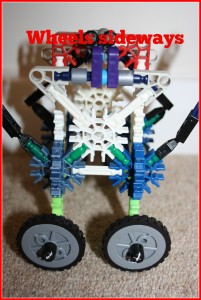 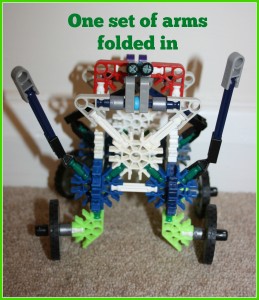 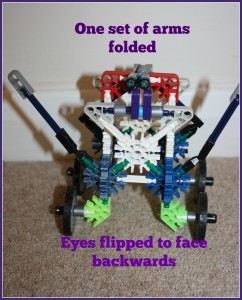 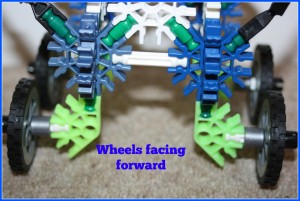 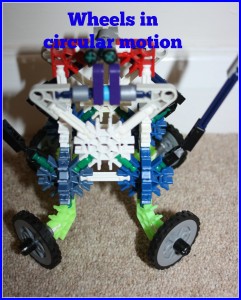 We received a box of K’Nex for the purposes of this competition. The design, photos and words are all my son’s.

If you would like to enter the K’Nexpert building competition it’s open at www.knex.co.uk now. There are three age categories – 6-8, 9-10 and 11-14, as well as group categories for groups like schools, Cubs, Scouts and Brownies.