Regular readers will know I join in with The Gallery at Sticky Fingers every week. I like doing it. It makes me think about something I wouldn’t otherwise write about – remember an old experience or look at things in a different way. From your point of view as a reader, it also breaks up a whole week of posts on my daughter’s birthday or three whole weeks of posts about moving house.

But this week I took a decision. The Gallery is on Wednesday. But on Wednesday something rather big and life-changing is happening for me – my very last day at the place I’ve worked for 15 years. That’s what I needed to write about. I would give The Gallery a miss. I wouldn’t even look at the theme. But somehow I did look at the theme and it was MY theme. How could I not take part?

The thing that pretty much rules my life.

So I decided to do the only thing I could under the circumstances – write my Gallery post on Tuesday.

A long time ago, my husband said that he would make sure our future kids did sport. Sport, he said, is what keeps kids out of trouble – as well as keeping them healthy, building their confidence, teaching them teamwork and discipline and even helping them to become popular.

He hadn’t played much sport until his early teens – when he’d done football and golf. As a child I’d flitted from one thing to another, as kids do – ballet to horse riding and swimming, a brief flirtation with running , but settling with karate. I did karate for 10 years from the age of 12 to 22.

Our kids started off, of course, with swimming lessons. My eldest didn’t start until he was 4 1/2 and already in reception class, which turned out to be a bit late. So the younger two started as soon as they turned 3. For years we had to suffer go to three swimming lessons a week – sometimes on different days, sometimes on the same day at different times. My eldest never much enjoyed swimming, but it’s an essential life skill, as well as being a social thing for tweens and teens, and I was determined they would reach a reasonable standard.

My younger son had his first experience of football when he was just 4. There was a pre-school football scheme running locally and, as an autumn baby and a very bright one at that, I thought he needed something extra to stimulate him in his ‘extra’ year off school. He loved it, but he didn’t play football again until year 1.

I always felt he had some natural footballing talent, but strangely my husband, the one who’d wanted them to do sport so much hadn’t noticed it. Then when he went to watch him play football after school, he saw it.

He researched teams and found there was one based in our village. The rest is history.

The team was under 7s and under 8s together, but the following year the older kids would become a separate team of their own as under 9s. The new under 8s would need a coach. My husband became that coach. He helped out in the under 7s season, before taking over fully at under 8s. We’re now at the end of the under 10s season.

My son is thriving and loving his football. He’s one of the better players in the team. He usually plays in defence because he’s so strong, but he’d love to play in midfield. Like all boys, all he really wants is to score a goal – he’s scored a couple in recent weeks and he couldn’t be happier. His is fast, he is fit and he is very happy in his football (as long as he’s not cold or hungry).

My husband has built up the team from virtually nothing. I admire his dedication, because it’s an endless source of stress for him. Players come and go. Sometimes their departure hits the team hard. They’re in league 1 and take a thrashing pretty much every week, yet they are a good team with good players and, most importantly, the kids all enjoy playing football. My eldest wanted to play rugby for a while before I let him. My brother played rugby and, in my view, it changed him. Or maybe it was just being a teenager. But I always said no child of mine would ever play rugby. But his friends played and his friend’s dad was the coach. In the end I couldn’t say no. He started when he was 9 and in the under 10s season. He joined a big, successful squad. He enjoyed his rugby and learned fast. But, having joined a big squad late on, he was never a first choice player – he was always the one brought on at half-time.

Fast forward three years and there are 15 kids on the pitch. Some 12 and 13 year old boys look like adults. My son looks tiny against them. Watching them play can be a terrifying experience. Just the other day he was carried off the pitch with a sprained ankle after a nasty tackle. Now my son gets on the pitch more than he did in the early days. His best friend and his dad the coach have moved away, but my son has stuck it out, which I admire him for.

For three months, rugby was what my eldest did. I wanted him to do it without his little brother being better than him. It’s not easy being the slightly-above-average elder brother of a gifted and talented child. But then my younger son watched the rugby for a week and he was there playing the following week.

As I suspected, he was a more talented player.

Although football is his first love, my younger son loves his rugby too. He’s now in his under 10s season with the County Cup just days away. They’ve made the semi-finals for the last two years, this year they are determined to win. I can’t wait to watch. And so to my daughter. The dancer.

Yes, dance is a sport. She is strong, toned, fit and skilled. She has great control over her body – some of it is natural, much of it is down to dance. It’s hard to compare dance with football or rugby, but I suspect she is a better dancer than her brother is a football player.

She started at the age of 4 doing street dance. She immediately shone and stood out as the best. At the age of 6, three years later than all the other kids, she started ballet. Within six months she was one of the best in the class. At the age of 7 she added a contemporary and street hybrid to the repertoire – perfect for a street dancing ballerina. The class was for year 3-6 and she was only in year 2, but she went and won the trophy for most promising dancer in the class. And just a month after that, she started tap. In tap too she’s caught the other kids up, and overtaken many of them. 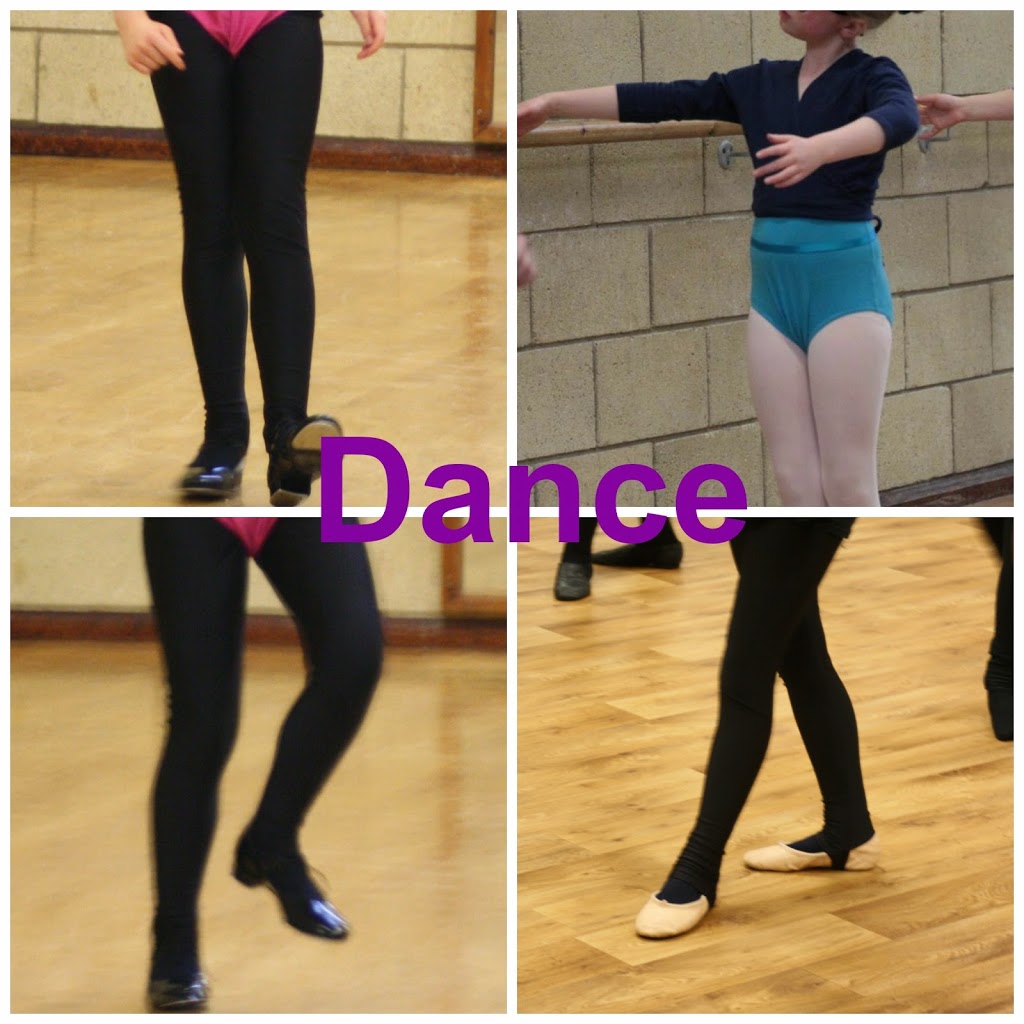 I might have known this would be a long post, but my husband’s wise words all those years ago were so right. Your kids don’t have to be multi-talented to do sport, they just need some dedication. Sport helps in all aspects of life – confidence, friendship, fitness and strength. You might not want to spend your weekends on the touchlines, but I absolutely believe it is the key to parenting school age children.

This was written in response to a prompt on The Gallery at Sticky Fingers. Pop over on Wednesday to see how others have interpreted the theme of sport.