Sport Relief and me

Home » Daughter » Sport Relief and me

It was supposed to be my husband, my two boys and I running. The boys were only 6 and 4 at the time. It was also supposed to be in March, like everywhere else in the country, but due to flooding it was delayed until April. It was the day before we went on holiday, so my husband decided he was too busy to do it. There was nobody to look after my daughter, so I took her with me! I’d already been a three mile run that morning, it was unseasonably hot and I had to run a mile supervising two small boys and pushing a 2 year old girl in a cheap buggy which had seen better days and was most definitely NOT all-terrain. My eldest ran off ahead and got his picture in the paper and the whole thing nearly killed me.

In 2010 the kids, my husband and I all ran. Again, my eldest ran off on his own. My husband ran the three mile race and I plodded along doing a mile with my daughter. Again, it was another very hot day. How does this happen?

By 2012 I was a half marathon runner. I should have been running the six miles, which was like a walk in the park to me (it was actually a run in the park anyway), but I did three miles, as I still had to supervise the kids. My husband’s short-lived Sport Relief career was over and my younger son dropped out because it clashed with his County Cup rugby finals (they came fourth, but they should have got through to the finals, as the ref got the 6-5 score in the semis the wrong way round. Can you IMAGINE? Aaaagh!). So it was just me, my eldest and my daughter. I stayed with my daughter for the first lap, then she waited with my mum and I ran another two laps. Guess what sort of day it was? Yep, it was really flipping hot.

This year I’ve gone bigger for Sport Relief – I’ve taken part in the Team Honk relay with hundreds of other bloggers. It’s been the longest, slowest trek from Land’s End to John O’Groats. Although I was one of very few people who seemed to do their leg of their relay alone, I absolutely loved being a part of it. I ran 10 miles through Gloucestershire and felt quite sad when it was over. The relay is still going on now and has smashed its fundraising target of £20,000.

So having run 10 miles, am I still doing the Sport Relief Mile on Sunday? Of course I am! My daughter absolutely loves taking part (and so do I). It’s just me and her this year because of the clash with the boys’ rugby. We’ve decided to do three miles. I don’t need to prove myself by running six miles because, actually running six miles isn’t proving myself. My daughter wants to prove herself by running three and I’m going to take it at her pace. She’s bought herself a Sport Relief onesie to wear to run in, but I’ve warned her… It will almost certainly be too hot for onesies! 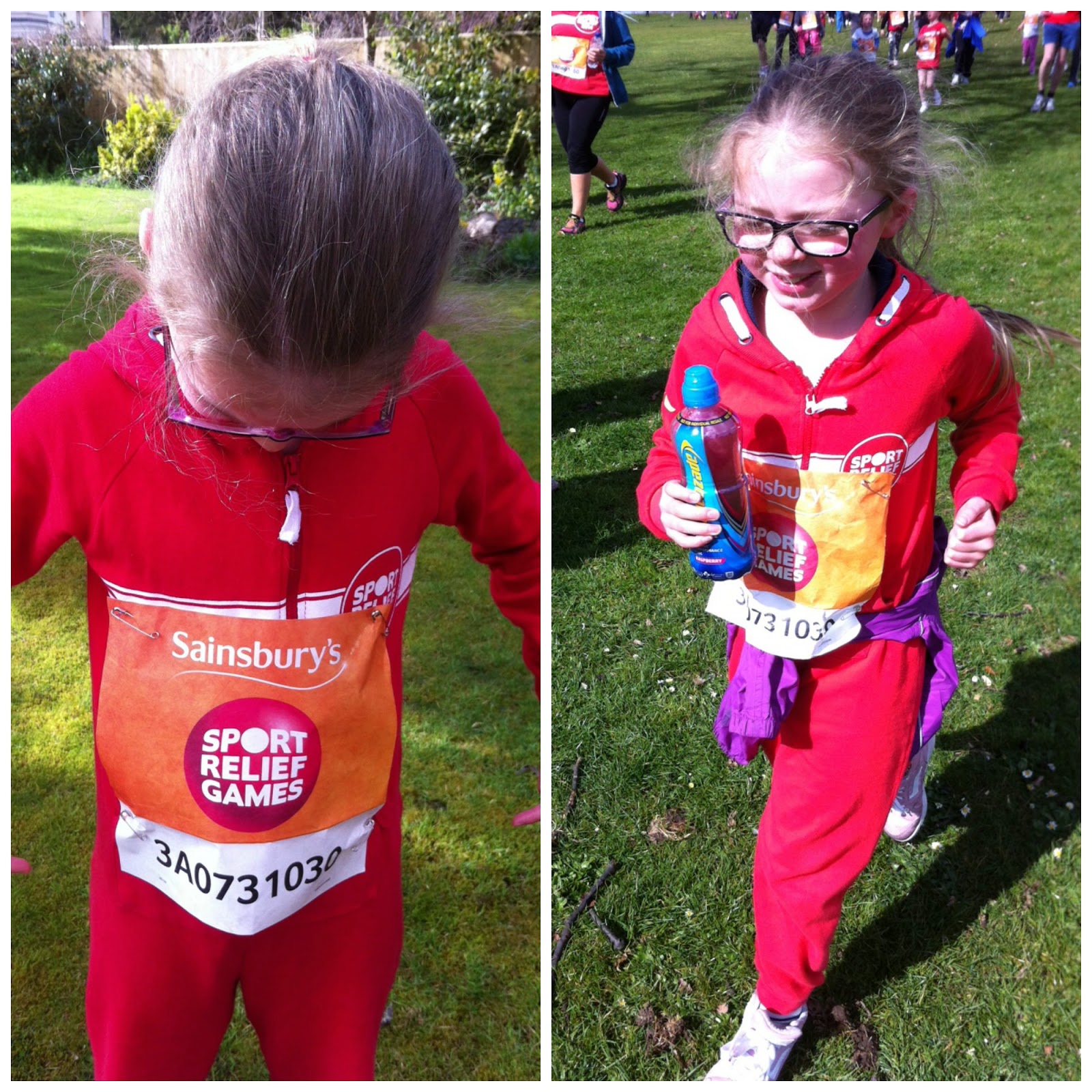 You can read more about Team Honk at http://teamhonk.org