After a summer spent watching too much My Parents Are Aliens and playing Clash of Clans on the iPad, my kids were slow to get back into the concept of homework after school. Particularly as schools don’t give much in the first couple of weeks – it’s kind of nice to ease them in slowly, but doesn’t help them to snap out of their lazy summer holiday ways.

For my younger son in particular, this is a big year. Grammar school entrance exams are right at the start of year 6, so he has to make sure he’s completely on top of his game by the end of year 5. But there’s these annoying soldiers keep popping up on the iPad (and even my phone, for flip’s sake) telling him his clan needs a leader. The game was just too much of a distraction. He couldn’t cut down, so we just banned it. Drew a line under it.

There were protests when we told him what we were going to do, but the addiction was quickly broken and the game hasn’t been mentioned since.

Any my son developed a new addiction. To maths and English.

Now he’s in year 5, his tutor is giving him A LOT of homework. It’s traditional stuff – comprehension and maths. It’s challenging. Most of the time he doesn’t need help, thank goodness, because I can do the English, but not all of the maths. 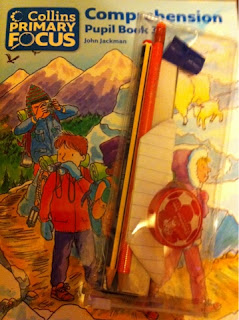 There are weeks when he needs to do it every night, just to get through it. And he does. He just gets on with it. He works and works and works. He takes great pleasure in doing it, completing it and getting it right. I am in awe of his motivation and his enjoyment. He thrives on a challenge. If he can’t do something, he tries harder and thinks it through. He is so determined to achieve.

There have been times when I’ve had to beg him to stop and go to bed at 10pm, when he wants to ‘just finish this page’.

I had a ‘discussion’ the other day (there was alcohol involved – and not on my part, of course) with another parent who said we shouldn’t push him and he would do well whatever school he went to. Of course he will. But he will THRIVE at a grammar school. He needs the challenge and needs to be in that environment with people similar to himself.

I’m pleased to say his school challenges him in class, but his homework is the same as for the rest of the class. He does it in seconds. Without the work from his tutor to keep him motivated it would be easy for him to become lazy or complacent.

We are not pushing him or forcing him. He is doing what he enjoys AND he’s achieving something.

That’s got to be better than playing mind-numbing games on the iPad, right?