Did you know you can adopt if you’ve already got children of your own? If you’re over 40? If you’re single? If you’re gay?

Every child is different and every parent is different. Adoption is about matching a child with the best parent to meet their needs – and that’s not necessarily a white, childless, straight couple in their early 30s.

There are currently three children waiting for an adoptive family for every one available adopter. That’s a lot of children in desperate need of a family for life! It’s National Adoption Week this week, an annual campaign to find forever families for these children.

So could you adopt? These people did. They’re just normal people, yet their stories are inspiring. 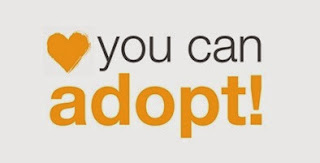 Jennifer and Alan’s story
Jennifer and Alan, who are in their early 50s, adopted a little boy earlier this year. For them, it was a long journey to parenthood. They got married in their late 30s and were unable to have children. After thinking long and hard about adoption, they made enquiries eight years ago. They were told they were unable to adopt a young child at that time, so started looking into inter-country adoption.
Jennifer said: “We decided to adopt from China because that’s where the greatest number of inter-country adoptions were from.”
They were approved and their papers went to China to match them with a child. Several years later, their papers were still in China and nothing had changed
Their adoption social worker at encouraged them to think about adopting from home. Last year, they made the decision to switch and go for a domestic adoption.
They were approved as adopters in December last year and their little boy was placed with them in March.
Jennifer said: “The preparation courses were brilliant and very useful. On the preparation course we learned about the number of foster carers many children have before adoption – and how every move is a loss to the child.”
Their little boy had been with the same foster carers since birth. He needed respite care with a foster carer before moving to his adoptive placement. Because Jennifer and Alan had also been approved as foster carers, he was able to move straight to them from his first foster carer.
Jennifer said: “It was a bit of a shock – after an eight year wait, we had just 10 days’ notice before he moved in!”
He was 20 months when he moved in with them.
Jennifer said: “He’s a delight. He’s really settled well. He had formed a good attachment to his foster carers which he was able to transfer to us.”
Jennifer was particularly pleased when another parent at a toddler group said she assumed he was their birth child because the bond between them seemed so strong.
She was concerned about whether their age would be a problem with bringing up a toddler, but has been really enjoying it.
Jennifer said: “Most of our friends’ children are at university, but being older hasn’t been a problem for us. It’s been really liberating for us to do simple things as a family. His enthusiasm for life is lovely. It’s been brilliant watching his development and seeing him blossom.
“Adoption really was the right thing for us to do. I wonder if it was meant to be. We wouldn’t have had our little boy if we’d been approved eight years ago. Everything has just come together.” 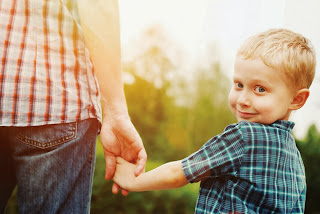 Rachel’ s story
Rachel, 45, is a single adopter. She adopted her son three years ago. Earlier this year, she adopted a second boy.
Rachel said: “I always wanted a child and time was ticking on. I’d considered the options and adoption seemed the right choice for me. It wasn’t a rush decision. You don’t decide to adopt on a whim, I considered it for a couple of years before getting in touch with the council.”
Rachel went along to an information evening. She was living in a rented one-bedroom property at the time. Before she could go any further with the adoption process she needed to find an affordable two-bed property to rent.
Once she had sorted out her housing situation, she attended a preparation course, which gave her lots of information about the sort of children who might need adopting. She was then assessed by her social worker for six months before she was approved as an adopter by the adoption panel.
Rachel said: “All along, people thought I would have a long wait, being single and a little bit older. But I was matched with my little boy very quickly. I met my child’s social worker and then it was like a very quick pregnancy. I had six weeks to get myself and my home ready for my little boy.”

Her son moved in with her when he was two. Rachel had been prepared by social workers for what could be a difficult time, with some regression possible.

Rachel said: “I was made aware throughout the process of the challenges adoption can bring. I was told I should expect it to take some time before my son settled completely. But he settled quicker than lots of other children. I went back to work after nine months and he went to playgroup and nursery and now he’s just started school.”
A year ago, Rachel started the adoption process again. As a second-time adopter, she was fast-tracked and was approved to adopt a second child in just two months. She heard about her son soon afterwards and started getting to know him in May this year.
He moved in with Rachel and his new big brother when he was 19 months old. He is now 2 years old.
Rachel said: “The two children have bonded really well and I am feeling much more relaxed than I was first time round. But it is hard work with two children, especially as he doesn’t sleep well at night.
Rachel’s family, who all live locally, have been very supportive.
“The boys have been really welcomed by my sisters and their four cousins who live nearby. My mum and dad help out with childcare. I thanked them for helping me out and looking after him, but they thanked me for having them. They didn’t expect to have any more grandchildren – they’ve really made a difference to their lives too.
“Adoption is the best thing I’ve ever done by far. Having my sons is real life now – at first I kept taking a step back and thinking ‘I can’t believe it’.”
If you’ve ever thought about adoption, contact your local council for more information.
This is not a sponsored post and nobody has asked me to write this post on their behalf. I am writing it because it is something which I care about.