My days off work are important to me. They’re not days OFF exactly, you understand. Parents never have days OFF. I don’t relax or socialise. God forbid! They are days when I Do Stuff. Do stuff which is important for my family and the smooth(isn) running of our lives.

I do shopping and washing and hoovering. I change the beds and take away the recycling which isn’t collected on the kerbside. I make appointments for the kids and sort out all the letters from school.

I go to school governors’ meetings and deal with the paperwork and emails.

I do stuff I need to do – like leg-waxing and doctor’s and hospital appointments.

I do all of this on my days off to ease the pressure on my family for the rest of the week. If I do it when they’re not around, it means I’m not interrupting our valuable and limited together by doing it when they are around.

But then sometimes I get ONE OF THOSE DAYS. Not a really bad day – not a day when you’re carried though on adrenaline and your coping mechanisms kick in and, actually, you really couldn’t care less whether the beds were changed or you sent the governor emails. No, an IRRITATING day.

One of those days where you feel like you’re running through treacle. Where you feel like some kind of cartoon character is chucking metaphorical tacks on the road in front of you, then laughing a maniacal laugh at you as you struggle and curse your way through the day.

I had one of those the other day. My fixed points were a doctor’s appointment at 9.40 and leg waxing at 11, with all the other little chores in between.

I came out to a queue of cars blocking me in. As I approached my car, the woman at the front flicked on her indicator.

Well, guess what, lady? You ain’t getting that parking space unless you shift back and actually LET ME OUT.

The queue shuffled back, giving me a good two or three millimetres in which to manoeuvre (if you know anything about my driving, you would give me A LOT more than that!).

‘Sorry love! I could probably guide you out, but I’m only going to be two minutes delivering this, probably best if you wait.’

Seven minutes later, I pulled out of my space.

But could I get out of the car park?

No. Because everyone desperately trying to get a space was blocking the way for anyone who actually wanted to leave the car park.

OK, so I’d hoped to take the recycling out and do a bit of shopping before my leg wax appointment. I adjusted my plans. Maybe I’d just do the shopping.

I got home and there was a strange car in the drive.

‘Thanks for coming back.’

I didn’t. I didn’t know you were coming. It is pure coincidence I am here.

It was a surveyor, come to look at our house for the purchasers. He starts asking me questions. I don’t know the answers. When you’re married to a surveyor you don’t need to know ANYTHING about houses – either the physical building of them or the buying and selling of them. You don’t have a dog and bark yourself.

Now I don’t have time to do my shopping.

I get a text from my leg waxing lady. She’s running 10 minutes late. This is standard stuff. She might just as well text me when she’s actually on time. How I get myself and three kids out of the house in the morning when she can’t even be on time for her first appointment at 11am, I will never know.

Now I just need to get some cash to pay her…

It’s a car transporter lorry unloading some cars in the road and there’s a big queue of traffic stacking up behind it.

I get my cash. I arrive for my leg waxing appointment at 11.10. But now she’s running 25 minutes late! Fantastic.

I unlock the front door and manage to cut my finger on it. I don’t realise until I see the blood everywhere. The hall carpet I hoovered the day before is now covered in leaves and everything has been moved in my bedroom so the surveyor can see inside the loft.

On the plus side, my missing bottle of nail varnish has turned up. Every cloud and that, but it’s VERY little consolation for all the running through treacle I’ve had to do. 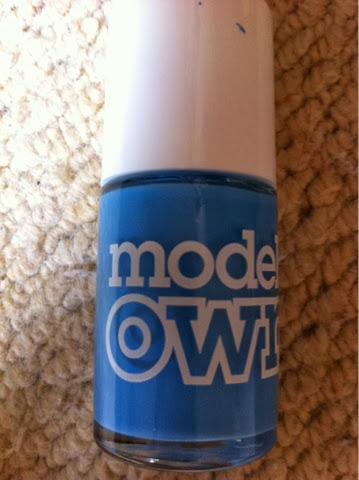