Things have been sliding a bit in our house lately. I’ve lost my grip on a few basic things I was always good at keeping on top of. Needless to say, the school holidays have made it a lot worse. And having a husband who doesn’t get involved in policing these things (and isn’t around much anyway) doesn’t help.

I’ve lost my grip on homework – although at least that’s not relevant right now. With so many after school activities, it can be very difficult to fit homework in. My daughter normally snatches a few pages of her reading book before her Monday dance class and that’s all until Friday (when we have NO activities). I tell the kids they should do homework when they’re with Grandma and Grandpa on Tuesdays and Wednesdays, but of course they don’t.

My daughter and younger son are at least self-starters and I will sometimes find them on Mathletics – an online maths programme their school is signed up to – or my son doing his work for his tutor But my eldest? Forget it! He claims to enjoy the violin, but I can’t even get him to do that. He also claims he doesn’t have any homework, but I seriously doubt it.

Then we get to the weekend and there’s football… I can usually get my daughter to do a bit, but the boys? No chance.

I used to love reading the kids bedtime stories That started to slip a whole year ago and now it just doesn’t happen at all. I’ve read to my daughter maybe twice in the last month. The good thing is, she’s started reading to herself in bed and has just finished Matilda – her first full chapter book. She’s now reading Jeremy Strong’s My Granny’s Great Escape and I’ve seen her dipping into a Horrid Henry too. 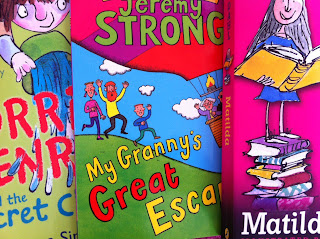 You could argue that my boys are too old for bedtime stories (to be honest, I don’t think anybody ever read me a bedtime story, least of all when I was 9 or 12). But my eldest had a bedtime story until he was 11 and his brother is only 9. I think he should still have a story at least a few nights of the week.

And with the loss of the bedtime story has gone the loss of bedtime. Bedtime was already a major issue – with my eldest thinking he was too old for bed at 8.30 or 9 – or even 9.30. My personal view is that he should be going to bed between 9 and 9.30 on a school night. But that just isn’t cool. And as he shares a room with his brother, that means they are both going to bed at 10. Some nights I will find them still awake at 10.45.

As it’s the summer holidays, my husband said the boys could have a 10pm bedtime. Although they have to be ready for bed and in their room reading at 9.30. My daughter could have a 9pm bedtime. Her bedtime was already drifting dangerously close to 9pm, so that’s obviously become get into bed at 9.10, then read until 9.20. Not ideal for a 7 year old.

And I’m trying to get them to bed early, I’m really trying! But they’re resisting me every step of the way. I know it ‘doesn’t matter’ in the school holidays, but I’m not sure I will manage to get them back into good habits when they go back to school.

The final thing I’ve lost control of is eating fruit. My kids are ridiculously fussy eaters so it’s an effort to get them to eat their five a day. To be honest, if we achieve three a day, that’s as good as it gets. But to achieve three a day means eating some fruit in the afternoon before tea. We don’t have fruit for pudding, or even between main course and pudding, because the kids would simply claim to be not hungry and refuse to eat it. So I give it to them when they are hungry and I stand a vague chance of them eating it. Although in my daughter’s case she often has to bring it to the table with her at teatime and still ends up eating it after tea and having pudding at 7pm (after a 5pm meal, she is THAT slow and fussy). 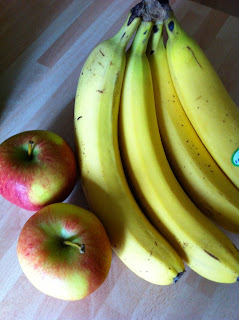 But because it’s the summer and the kids are playing out more, it keeps getting to teatime and I realise they haven’t had any fruit. There’s no reason why I can’t take it out to them when they’re playing – or why they couldn’t come in and help themselves to it, but it just doesn’t happen.

Is it normal to lose control of your kids when they get to this age? Should I be being tougher on them and regaining control? Or should I ease up and let them make their own decisions?

Oh, and when I told my husband I was losing control of them, he blamed my blogging. Whoops! I don’t THINK he’s right. At least, I really hope he’s not.