The Children’s Book by A. S. Byatt

Home » Book Reviews » The Children’s Book by A. S. Byatt

I read this book a few years ago, but it made a lasting impression on me. It is no understatement to say it is an epic book. I have a feeling it took me three months to read it, but that can’t be right, surely? Maybe it was a month. Either way, it is a very long book (615 pages of TINY writing) and it is very heavy going. It is not for the faint hearted. If you love chick-lit, look away now. This book is a big commitment. But if you are willing to make that commitment, you will be rewarded.

The Children’s Book follows the lives of a rather bohemian, rich family from the late 19th century. It starts in an unfamiliar Edwardian world of the countryside, where the pace of life is very slow. It follows the family through the turmoil of the early 20th century – the Suffragette movement and World War I, a world that somehow seems more familiar to the reader.

The family is headed up by famous author, Olive Wellwood. She lives with her husband, her sister and her tribe of children. There are cousins and other characters from the village whose lives are entwined with the family’s. They all carry dark secrets and nobody is really quite who they seem to be.

The family is creative and travels to Europe to experience art and architecture and life, surely something which was unavailable to all but the very richest at the turn of the 20th century.

As Europe descends into war, the novel turns darker. The innocence of country life and decadence of European travel is replaced by the guts and gore of the trenches. In war, nobody really cares if your mother was a famous novelist.

It is not surprising that this book was shortlisted for the Man Booker Prize in 2009. If you like your literature heavy and you enjoy a bit of history thrown in, I would definitely recommend The Children’s Book. 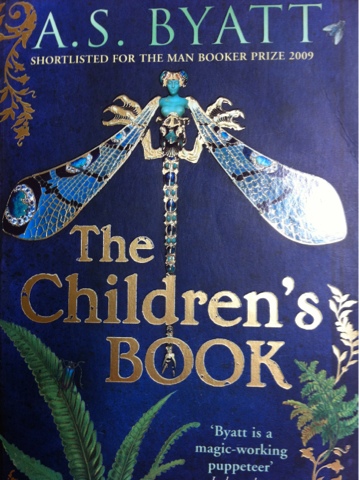