One of the highlights of my week is washing my daughter’s hair. Because we sing in the bathroom and nobody tells us to shutup. They wouldn’t dare, because nobody else wants the hassle of washing her hair.

My daughter’s hair has never been properly cut, only trimmed by Daddy. It comes almost down to her bum. It only needs washing once a week. She has a bath, then stands up in the bath while I wash and condition her hair (she can’t sit or kneel because it would drag in the dirty soapy water). 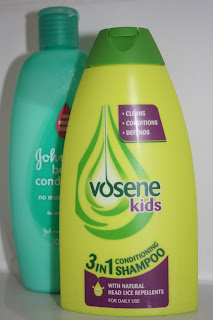 She’s come a long way from the screaming toddler we watched on our old videos and doesn’t make any fuss about water or shampoo going in her eyes. But when I’ve finished rinsing, she says ‘eyes, eyes, eyes’ and I giveher  the towel to wipe them. ‘Eyes, eyes, eyes’ is a line from the Usher track DJ Got Us Fallin’ in Love which was the very first dance routine I learned at my dance class It had a very literal move for the ‘eyes, eyes, eyes’ line.

So every week I am scrolling through my phone to look for a surprise song that she likes. This is what’s on her eclectic list of choices: 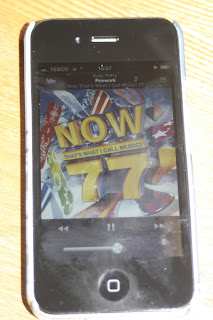 Good tip for parents there – if you’re worried about inappropriate language, download tracks from Now albums

There are few things make me happier than seeing her singing and dancing in the bath. It’s surprising the moves she can bust in deep water on a slippy surface… If we’ve learned a routine to any of the songs in dance classs, or it’s on one of the Just Dance Wii games, she will do the exact routine (how does she remember them?!). And if there’s no routine, she will just freestyle. Sometimes I do wonder if I should tell her to stop, because it’s not the safest thing in the world, but she has so much fun it would be a shame.

Most hairwashes end with a very rousing (out of tune, excessively loud) version of Firework sung by the two of us. If you’ve never tried hairwashing to music, I would definitely recommend giving it a go.