Earlier this week I blogged about how everything was getting on top of me There is one other thing worrying me and I am feeling quite conflicted.

Regular readers will know two of my very favourite things to do are running and watching my younger son play rugby. A couple of months after last year’s Bristol half marathon I started thinking about doing a half marathon in the spring. I’d done the Bath one before and I’d enjoyed the course, but I’d found the travelling stressful. So I  looked around for a smaller race, and signed up for the Forest of Dean one.

A few weeks later, the dates came through for my son’s county cup rugby competition. The group stages on 24th February and the finals ON THE SAME DAY AS MY HALF MARATHON.  I can’t begin to describe how gutted I am about this. Nothing beats the pride of seeing my son and his team do their best playing rugby – even better if they win. What if they win? What if they’re the best under 9s rugby team in the whole county and I’M NOT THERE TO SEE IT? Me, who stands outside in the freezing cold for two hours every Sunday to support my son. Frankly, it doesn’t bear thinking about.

But could I quit the running? Could I say ‘sod it’ I’m not going to do it? I couldn’t. I’m not a quitter. It’s just not in my nature. I’ve trained hard for this race. I’ve run in the cold all winter – eight miles a time, building up to 10 miles and now 12. I get a great sense of achievement in completing a half marathon. I get almost as great a sense of achievement at completing a training run. I feel relaxed and happy. For me, there’s no feeling like it. 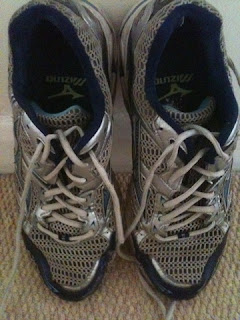 A few weeks ago, I had an injured ankle. It was getting quite close to the race. Now I’m not a quitter, but I’ll admit, if my ankle hadn’t been fixed in time, I wouldn’t have minded too much (obviously as long as it was only a short-term injury and had sorted itself soon afterwards). That would have taken the pressure and the decision-making off me.

And there’s another more selfish issue to consider. I’m not a very good driver, I’m particularly not a good driver when I’m driving strange places. I’m nervous about driving myself there. I also like to know my husband and daughter are there supporting me. The sense of achievement and occassion won’t be the same when I roll up on my own, run my race and skulk off home again on my own.

And then something smiled down on me… Following the cancellation of my eldest’s group stages, they postponed the under 9s finals – because the older boys were due to play their finals at the same time and venue. 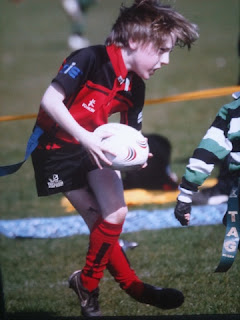 For 24 blissful hours, the world was a better place. I’d get to watch my son play rugby! I might even see his team win! I’d get a lift to my half marathon! My husband and daughter would be there to support me!

And then another email… After careful consideration of the logistics of postponing so many different competitions, the organisers have decided to reinstate the under 9s finals.

My conflict is back with a vengeance and, having had that glimmer of hope that it would all be OK, it feels a whole lot worse than before now.

I know what I’m going to do. I’m going to run my half marathon. But every time I think of that, I get a picture in my head of my boy playing rugby and I can’t bear it.