This morning I watched proudly as my daughter, representing Rainbows, placed a poppy on a small wooden cross next to the war memorial in our village churchyard.

She was the youngest person at the small service and looked like a ray of sunshine in her bright red Rainbows uniform, with her long, blonde hair shining in the sunlight. Her behaviour throughout was impeccable. She stood quietly, not fidgeting. No doubt she didn’t understand a lot of what was going on, but she understood the need to be still and quiet.

I’m not sure why the Rainbows leaders chose her rather than the other 14 or so girls in the unit, it’s not like she has been a Rainbow for that long. Maybe it’s because she is one of the few who actually live in the village. I like to think it’s just because she’s a lovely girl. Either way, I see it as an honour for her, and for me. I was equally proud last year when my two boys were selected to do the job for Cubs and Beavers.

Before we set off for the church, I asked her if she knew what it was all about. ‘To remember the people who died in the war’ she told me.

I was born just 28 years after the second World War ended. It sounds like nothing now. I never would have realised how close it was. Because the war was history, a completely different time. It didn’t matter to me.

I remember as a child going every year to a Remembrance Sunday parade. It didn’t mean anything to me. It was just a boring thing we had to do. No-one really explained what we were remembering and why.

Although my daughter’s generation is three generations removed from World War II, children now are so much more aware of the sacrifice and the meaning of Remembrance Day than we were. I suppose it’s Afghanistan and recent conflicts which has brought it home to this new generation and made Remembrance Day a much bigger deal than it was a few years ago.

Going back a few years, people questioned whether you should even wear a poppy. Did it show you supported war? There were alternative white poppies to wear to show you supported peace. Now to not wear a poppy is a complete faux pas and schools across the country have made a commitment to raising huge amounts of funds for the British Legion in its 90th year.

Both my grandfathers played their part in the war. My family was relatively unscathed by it. Although a Great Uncle, my Grandad’s favourite brother, survived the war itself, then died on the way home. With him, a whole branch of the family died. His name lives on as my uncle’s middle name.

It was humbling at the service this morning to see elderly people, of a similar age to my late Grandad and his long-gone brother, in their medals. Their bravery and sacrifice helped us all. What a great thing for children to see. The wartime heroes are real people, who are still living among us. The war was a long time ago, but it wasn’t THAT long ago.

So in the two minutes silence I thought of these people and what they did, I thought of my Grandad’s brother, and how the loss had hit my Grandad. And I thought of those young men we hear about on the news almost daily now, and their wives, partners, children and parents.

I silently thanked them all and hope my children will grow up to do the same. 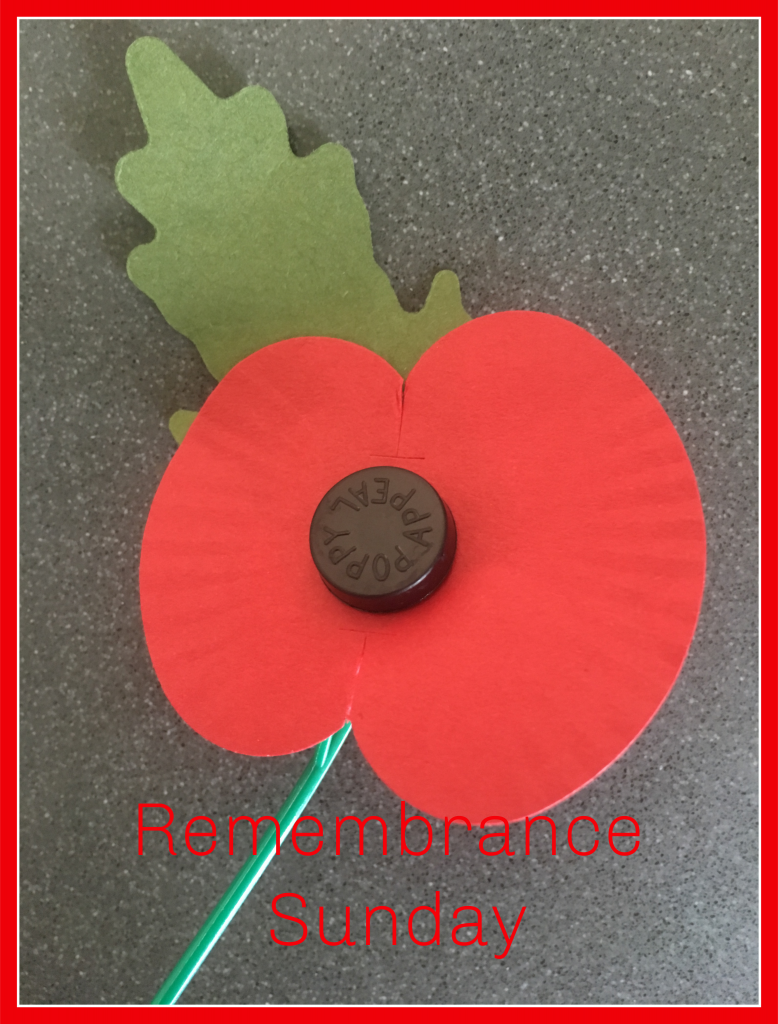