In the past few months, something new has come into my life. The tournament. Or the festival or the cup competition. They have them for football and rugby and, as my family do both, they have been taking over our Sundays.

The very first tournament I went to was a depressing affair. I didn’t know what to expect and was ill-prepared for how long it was going to go on for. My daughter and I went to watch my eldest play rugby. We had food and drink, but nothing to sit on and nothing to do. And we were there six hours. Schoolgirl error. Everyone else clearly had the ‘bring a picnic rug and a DS’ memo.

But I’ve been to a few tournaments now. And I get them. And I enjoy them.

Tournaments – or festivals as they are technically called for under 8s as they have to be non-competitive (yeah, right) – take place in football and rugby. They are a chance for lots of teams to play each other in quick succession – usually to find a winner. Although they are non-competitive, of course. I must emphasise that point.

They’re usually set out like the World Cup or the Euros (topical!) with a group stage followed by a knockout stage.

Since that miserable day in October, we’ve had quite a few tournaments, er, FESTIVALS. We’ve had the under 8s County Cup in rugby. That took place over two weekends as it was so massive – the group phase on one weekend and the knock-out phase two weeks later. My boy’s team came a very respectable fourth in that one. They would have come first or second had the ref in the semi-final realised it was my boy’s team that had won 6-5. NOT THE OTHER WAY ROUND. But it’s fine, of course, because it’s NON-COMPETITIVE.

On those occasions we had learned enough to take chairs to sit on, sufficient food and drink AND stuff to amuse the kids.

The boys played together in a schools’ tag rugby tournament, er, FESTIVAL, which was particularly special. With three school years between them, they are never going to be on the same team for anything, but the schools’ tournament was for all children in years 3-6. It was so nice to see them on the same team and playing together. Because they are such good friends, they played really well together too, which was a bonus.

Cynically, in the spirit of being non-competitive, most of the teams played only Y6 or maybe Y5 and Y6 children. But our humble team included three Year 3s and only three kids that play rugby outside school (my boys and one other). And did I mention that they came FOURTH? Out of 48 teams?! I’m such a non-competitive mum.

And now we’ve started with the football tournaments. Festivals. I really must make an effort to get that word right.

I’ve learned that football tournaments/ festivals are what happens at the end of the season (which is of course non-competitive anyway for my younger boy) as a way to give them extra playing experience (or more likely earn some much needed cash for the club hosting them).

They last for a few hours, the kids play a lot of football and someone may or may not win, depending on how competitive or otherwise they are.

There is a nice atmosphere, the kids get a chance to build on their skills, teamwork and team spirit and the parents get a chance to bond, if that is what they want. There are gazebos and barbecues and ice cream vans – anything to raise a few bob and keep the hungry kids and parents happy.

So far my son has competed in an under 9s tournament, even though he’s not actually in that age group, (which actually IS competitive) and an under 8s. He will probably have one or two more before July is out.

If you’re looking to book a last-minute weekend break, get in touch with me because HERE’S THE WEIRDEST THING. It’s always hot when my boys play a tournament/ festival. The depressing October thing – 30 degrees. The three tournaments in March – all hot enough to require suncream. The festival in May – 29 degrees. Even the one last week, in the midst of all that hideous cold and wind and rain, scraped a 21 degrees and sunny.

A great atmosphere, a chance to watch my boys play sport AND good weather. What’s not to love about tournaments?! Sorry, I meant festivals. 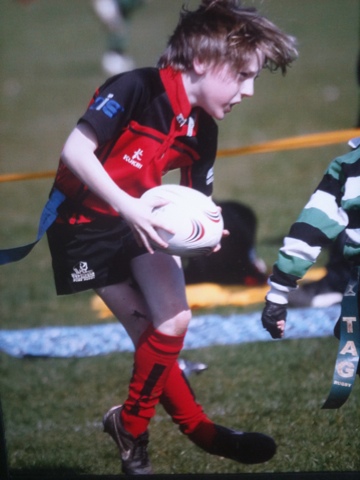