Sorrow and Bliss by Meg Mason

Sorrow and Bliss by Meg Mason is one of the many books I picked up in Sainsbury’s. I bought it because I’d seen good things about it on social media, but I knew nothing about it. The cover and title say to me ‘dramatic literary romance’. Now I’ve got an open mind, I can cope with a dramatic literary romance, but it wouldn’t be my first choice of genre.

Sorrow and Bliss is not a dramatic literary romance.

It is so much better than that.

Sorrow and Bliss is the story of Martha, a 40-year-old woman who has struggled with her mental health since she was 17.

The story starts when she moves back in with her parents shortly after splitting up with her husband, Patrick, then goes back to her teens, when she first became ill. Her father did all he could to care for her and protect her, while her mother did as she’d always done – drink and hide out in her studio creating pieces of art from rubbish. Martha’s childhood was chaotic and bohemian and she hated her mother.

Martha is very close to her sister, Ingrid, who is just 15 months younger and the mother of three boys. Their relationship is based largely on emojis, GIFs and swearing.

Every Christmas, they had to go to her rich aunt and uncle’s, where their mother always misbehaved. At some point, Patrick, a friend of her cousin’s, turned up for Christmas. Martha was vaguely aware of him, but it was years before she spoke to him properly.

Sorrow and Bliss is told in the first person by Martha. It is fairly chronological and details her bad days and her relationship with Patrick. Over the years, she’s had many diagnoses and lots of different medication, but nothing has worked. Martha starts to wonder if that’s just the type of person she actually is and whether she will ever get better.

Sorrow and Bliss feels very raw and very real. Thanks to Martha’s descriptions and her conversations with Ingrid, it is funny without being a ‘funny book’.

Despite the subject matter, it isn’t particularly dark or difficult to read (but you might want to steer clear if you or anyone close to you has had recent mental health problems). If you’re looking for a book which is a bit different, and will stay with you for a long time, I can definitely recommend Sorrow and Bliss. 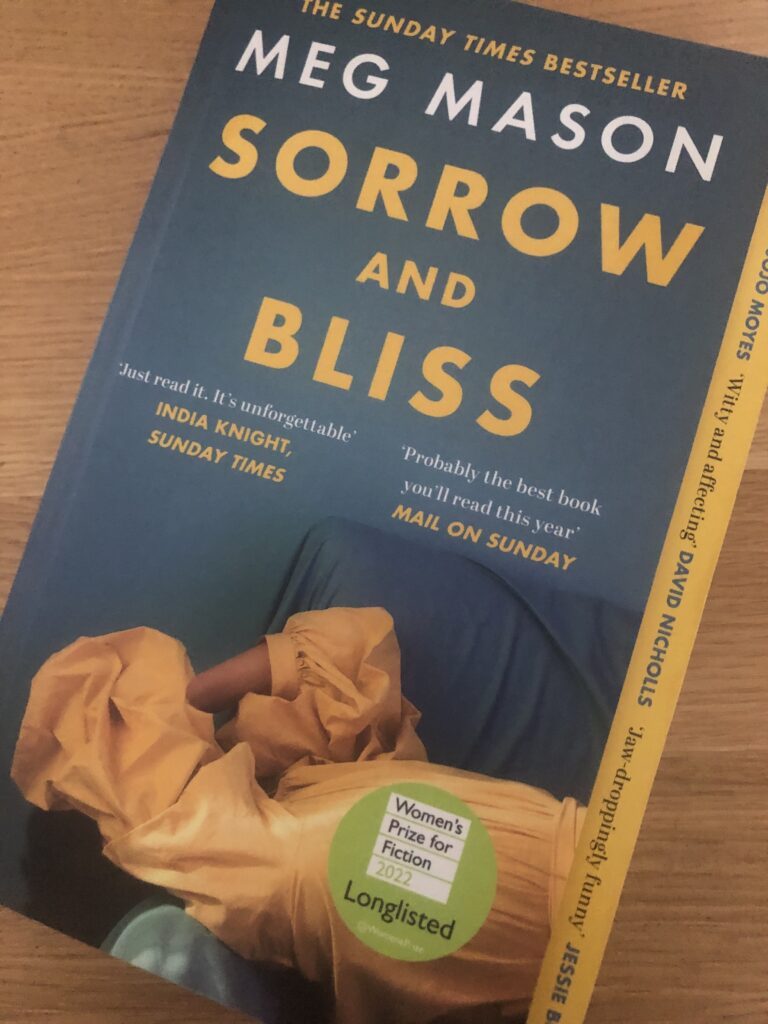