I’ve wanted to read Snap by Belinda Bauer ever since I read her novel, Exit, last year. Exit was an absolutely joy and one of my favourite reads of 2021. I have a list of books I want to read on my phone, but I must admit that I often get drawn into buying other books in Sainsbury’s, partly because they’re cheaper, but mainly because I just see them when I go shopping! So it took me a while to get round to reading Snap.

In 1998, a mum and her three kids break down on the M5. She tells the children to wait and walks to the emergency phone. When she doesn’t come back, 11-year-old Jack, 9-year-old Joy and their baby sister, Merry, set out to find her.

Fast forward three years and Jack is doing all he can to keep his sisters safe and his little family together. A pregnant woman is convinced a burglar has been in the house, but won’t tell her husband or the police.

And a bungling group of police officers are trying to track down the man behind a series of break-ins in a small Devon town. Marvel is new to the area and wants to make his mark by catching a murderer, but instead he’s stuck investigating burglaries. Reynolds wants to impress Marvel, but they both think the other is stupid. It’s clear to the reader that they are both pretty stupid.

Snap is a wonderful read and, for me, every bit as good as Exit. It is a crime story with lots of twists, but is also funny with an entertaining cast of characters. The character of Jack is particularly likeable.

If you’re looking for an entertaining read, whether or not you like crime novels, I can definitely recommend Snap. I’ve already bought my next Belinda Bauer – Rubbernecker – and am really looking forward to reading it. 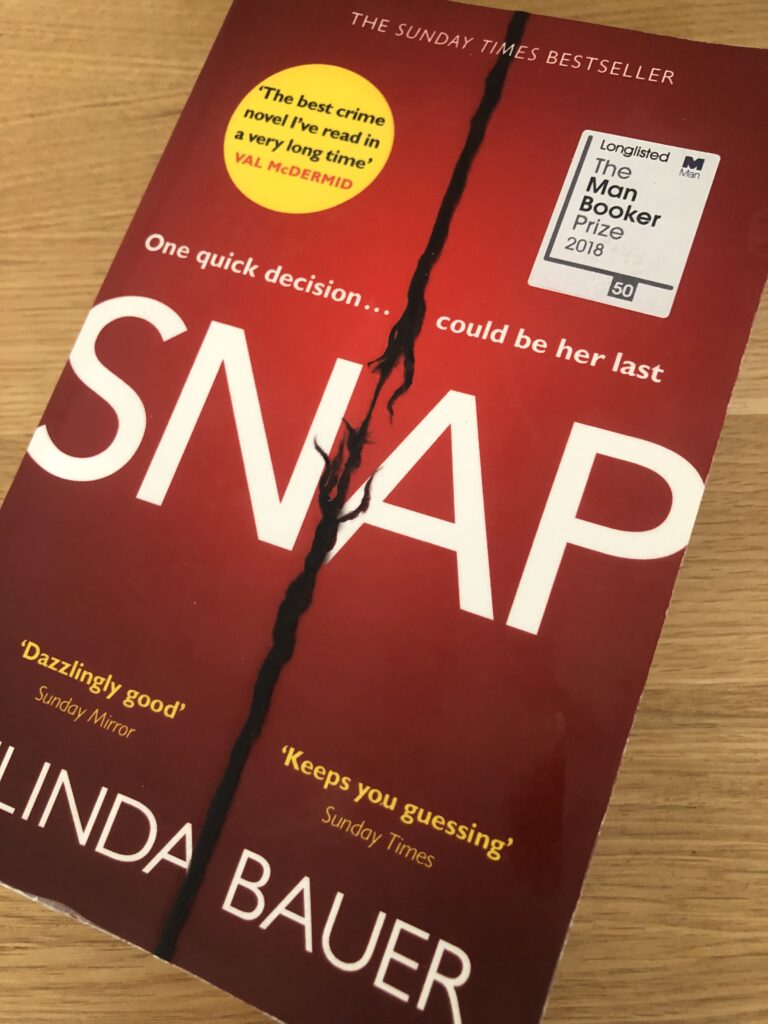