The Family Remains by Lisa Jewell

The Family Remains by Lisa Jewell has just been published. It is the sequel to The Family Upstairs, which was published in 2019. I’ve been looking forward to reading it since last October, when she talked about it at Cheltenham Literature Festival with fellow author, Kia Abdullah. Lisa said she’d only written a sequel once before (After the Party, sequel to Ralph’s Party – I haven’t read either of them) and it hadn’t gone well. But readers wanted to know more about the family, so she was inspired to write The Family Remains.

In 2019, a bag of human bones is washed up by the River Thames. DI Samuel Owusu sets out to investigate the identity and cause of death. Rare seeds in the bag help him trace the body back to a mansion in Chelsea, where three people had been found dead nearly 30 years earlier, while a baby waited for someone to pick her up.

There were four teenagers living in the house at the time, who all ran away to try to escape their past. Now Lucy Lamb and her two children are living with her brother, Henry, and finally starting to feel safe. Henry is desperate to track down Phineas Thomsen who lived with them, but doesn’t want to be found.

As DI Owusu’s investigations progress, is the house about to finally reveal its secrets? Will he track down Henry and Lucy and force them to admit everything they experienced in their dark childhood?

Running alongside the narrative about Henry, Lucy and the bag of bones is the story of Rachel. Rachel’s story starts a bit earlier than the rest of the book – in 2016, when she meets a good looking older man, Michael Rimmer. The book follows her whirlwind romance, marriage and its aftermath, as things quickly turn sour.

The Family Remains is another brilliant, dark read from Lisa Jewell. It is broken up into short chapters, which are all dated, and told from the points of view of the different characters – Henry, Lucy, Rachel and DI Owusu.

Is it necessary to have read The Family Upstairs beforehand? While it’s not 100% necessary, I feel like it is definitely better to have read it. And why wouldn’t you want to? I kind of wish I’d read it again before reading The Family Remains. I remember a fair bit of it, but there is obviously some detail I’d forgotten.

If you enjoy psychological thrillers, Lisa Jewell is up there with the very best, and The Family Remains is well worth a read! 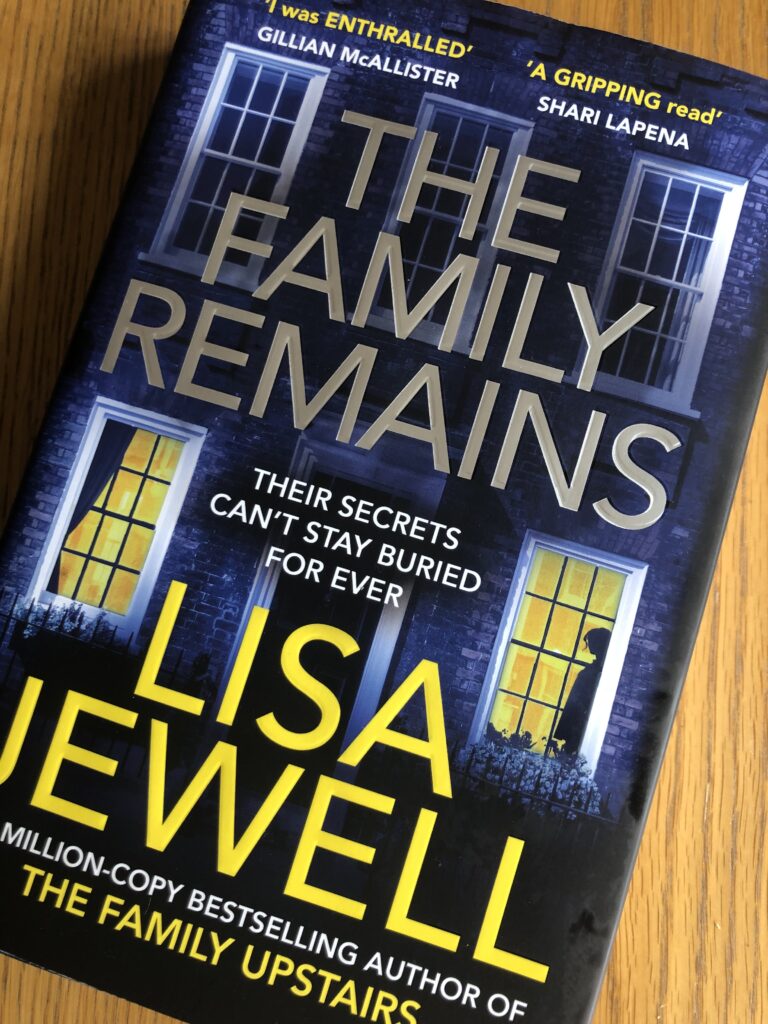