I came to read Clock Dance by Anne Tyler by default. I’ve started keeping a list of books I’d like to read on my phone. That way I don’t forget when I read an interesting review or an author I like has a new book out. I’d identified an Anne Tyler book I’d like to read and, back when the shops were open in December, I went looking for it. But as is usually the way with the books I want to read, it was still in hardback.

So I picked up Clock Dance instead as I liked the sound of it. I have a feeling I’ve read an Anne Tyler before, but probably 15 or more years ago, and I can’t remember which one. I was very impressed to discover that she was born in 1941 and still turning out fantastic literary fiction.

Clock Dance is the story of 60-something Willa, who has always been there for her dad, her sister, her husbands and her sons. She has never done anything for herself.

The first third of the book focuses on Willa’s earlier life. There is her volatile mother who disappeared when Willa was 11, getting engaged at 21 and then becoming a widow in her early 40s. I quite enjoyed this bit, but it is in the second part of the book that the story really comes to life.  There is a review on the front cover from the Sunday Telegraph which simply says ‘Immensely funny’. I wasn’t getting that with the first part of the book, but I got it with the second part.

Willa receives a phone call from a stranger, who has got Willa’s number from her neighbour’s kitchen pinboard. The neighbour is Willa’s son’s ex-girlfriend and she has been shot in the leg. Somebody needs to look after her and her daughter.

So even though she doesn’t know the ex or the daughter (who isn’t Willa’s own granddaughter), Willa decides to jump on a plane to help out. The city and the neighbourhood are nothing like Willa has experienced before, but she finds herself falling in love with nine-year-old Cheryl and her mum, Denise.

When Willa’s husband insists there are others who can care for Denise and Cheryl and she should give up her madness and go home, Willa wants to stick it out until Denise is fully recovered.

This is a wonderful, easy to read story of a woman in later life who is ready to make a change and do something different. While I wouldn’t go as far as to describe it as ‘immensely funny’, Clock Dance has a fantastic cast of quirky characters made up of Denise’s neighbours.

If you are looking for a book to make you smile, I would definitely recommend Clock Dance.

You can find some of my other recommendations of books to make you smile here. 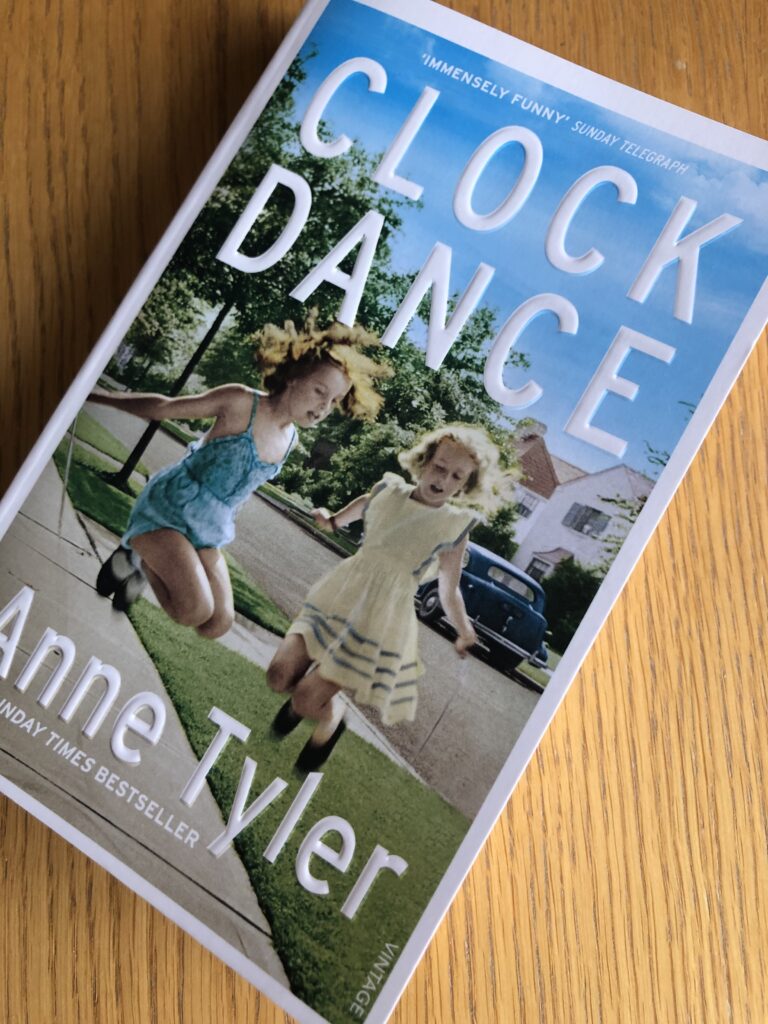